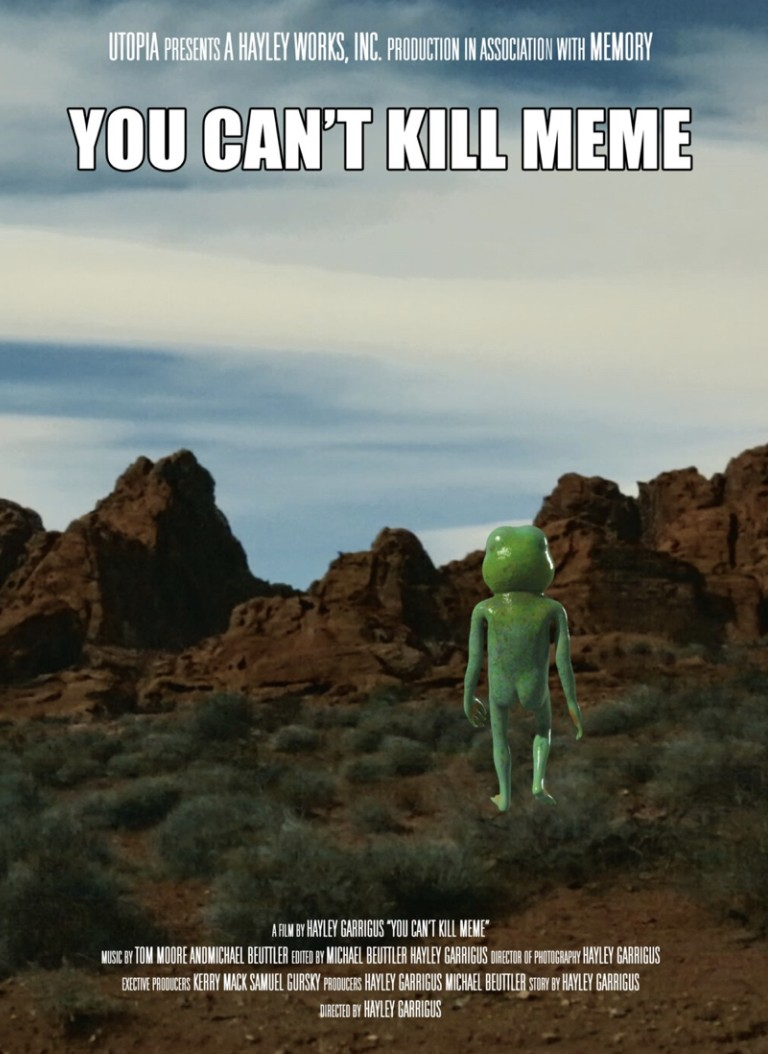 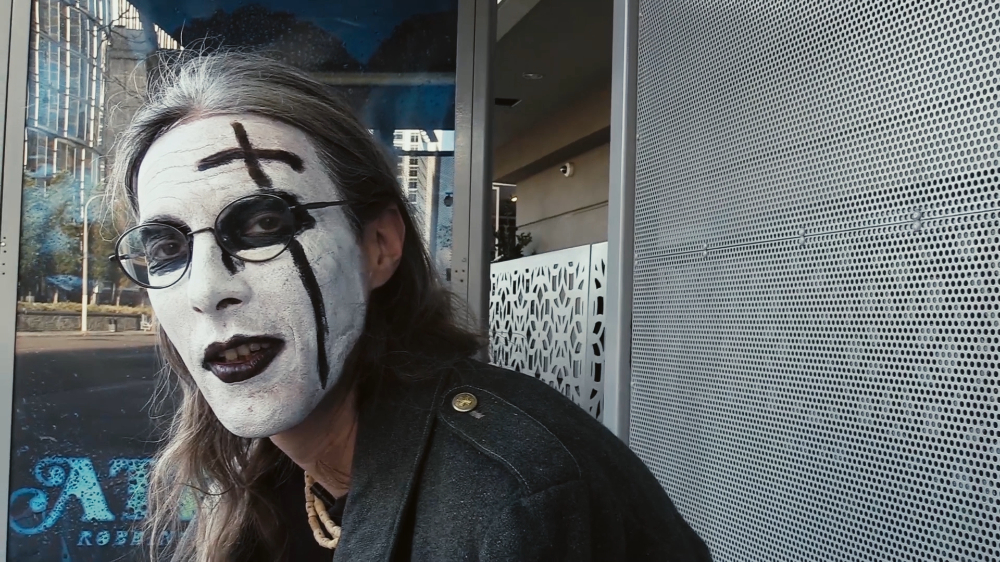 Memes have become far more than mere internet jokes that get repeated on your social media feed. They’ve grown into a wild weapon of movements both social and political, sometimes weaponized to radicalize. It has grown to such a degree that I recall a baby boomer remarking to me once about how important memes are to the world and how there are political parties trying to develop the best ones, as though our world is now in an arms race for the best memes, where the funniest or most memorable of repetitive gags will win a war. If that sounds baffling, it’s because it is. And don’t expect any answers out of You Can’t Kill Meme.

This movie exists somewhere between a documentary on meme phenomena and a fever dream of trying to comprehend it all. One of the memes centered on this film is the Pepe the Frog meme, a character lifted from an indie comic book and circulated around by the most scummy people on the internet. The documentary Feels Good Man did a far better job covering this development and how a comic creator had his own character wrestled away from him by an online movement that declared the frog their symbol. The creator didn’t want to be associated with the far-right folks using his character and son killed off Pepe. What an amazing and revealing film.

But what do we get with this film? Well, we get a lot of interviews from “meme experts.” The filmmakers attempt to dive into the massive pool of memes that led to the alt-right movement of the late 2010s, where Trump-touting young men slung their posts on 4Chan, Twitter, and Facebook. There’s no doubt that some of these memes drew certain individuals into the darker corners of the internet, willing to embrace nationalistic and xenophobic rage while sharing seemingly silly images. Thus began the phrase “memetic magic,” a catch-all term for internet propaganda.

The film just feels like a whole lot of nothing once you start seeing the method behind such madness. The method is that…well, there is no method. The pioneers of memes interviewed for this picture are people with no lives. One appears on camera but in public and with a mask as though he’s some revolutionary who is being interviewed right before a protest. Another is a shut-in who wants to show you all his different memes and explain his day-to-day routine which is mostly (you guessed it) posting memes and little else. It’s about as profound as hearing the intricacies of a telemarketer's job.

The documentary attempts to go all Matrix-style by posing the magic of memes in surreal imagery and staging. While these visuals certainly help switch up the picture from its dull meme propagators, it does little to make more sense of it all. Perhaps that’s the point. The memes circulated are certainly not for the heaviest of thinkers and tend to simplify issues to such a degree that those laughing at the visuals dare not question the validity. Where the documentary succeeds is when it starts getting serious in highlighting the dangers of such online consumption. I doubt many familiar with the alt-right political movement need to be reminded of how this percolated into the clash at Charlottesville, where nationalists marched in the street with tiki torches and one protestor against the alt-right was run over and killed by a car.

It’s not that You Can’t Kill Meme doesn’t take this memetic magic seriously; it’s that it doesn’t take it seriously enough. There’s rarely a moment of insight into how average people can become indoctrinated by this movement. While some may be able to connect the dots well enough with this semi-insightful picture, the problem is that it’s not cohesive enough to tap into the bigger concerns and deeper problems of online political discourse. Those are ambitions far too big for a budgeted production that just wants to place a mere magnifying glass on the issue rather than the microscope it deserves.