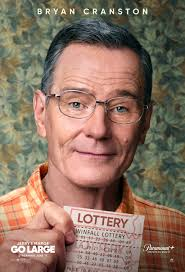 Jerry and Marge Go Large doesn’t exactly hit a jackpot but it is pleasing enough for its mild winnings. 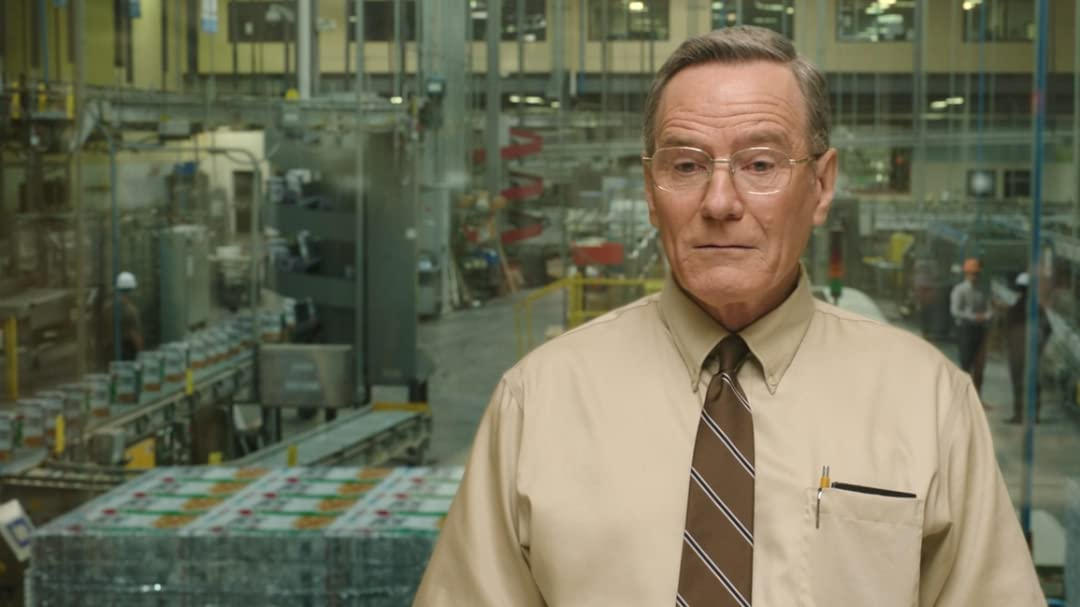 Jerry and Marge Go Large is the type of soft crime comedy that makes you root for the elder underdogs. By its very design of being loosely based on a true story, it’ll most likely appeal to the over-the-hill crowd who find themselves wanting to spice up their life. Some people buy a new car or take a vacation. With Jerry and Marge, they play the lottery. Well, they play it in the sense that they’ve figured out the math and win every pot with great consistency.

Jerry Selbee (Bryan Cranston) has just retired from his years of working at a factory and is finding his life rather empty. Despite living with his lovely wife Marge (Annette Bening) in Evart, Michigan, he finds himself bored with trying to find something to fill his days. His kids try to give him a hobby with a boat but it’s clear from an accident with the docking that boating just isn’t for him. He’s also not too keen on taking chances with stocks to make more money in his retirement.

One thing does pique his interest. He takes note of the lottery at his local convenience store and the way the numbers for the system work. After crunching the number, he believes he has cracked the code of buying a certain number of tickets at a certain drawing. He tests out this theory and it surprisingly works. Having never dabbled much in gambling, he keeps his winnings a secret. When he reveals his scheme to his wife, however, she finds herself giddy to continue with him. After all, why not have some fun in your old age with something that requires some cleverness?

But Jerry’s plan isn’t so ill-conceived as just winning a lot of money and not knowing what to do with it. His sense of community kicks in and he brings more of the local middle-aged crowd into his circle, enticing them with the chance to make a profit. Not only do Jerry and Marge keep this all legal by paying the correct amount of taxes but they plan on using this money to better their community by paying for local festivals. The two become low-key heroes in their Robin Hood ways, even finding ways to subvert the system by making long drives to other countries to compete in different lotteries.

Of course, there are those seeking to squash such a plot. Naturally, there are some legal officials looking into the matter but the bigger challenge comes from the turf-treading college student Tyler (Uly Schlesinger). Tyler is a snotty student who is not only smart enough to figure out exactly what Jerry and Marge are doing but combat their scheme with his own methods of playing the lottery. The battle turns into more of a generational feud with how Tyler insults the old folks. Naturally, since an older cast composed of Larry Wilmore, Rainn Wilson, and Michael McKean are portrayed as the heroes, the old folks will ultimately win this fight. Thankfully, it feels more satisfying having Jerry portrayed as a math wizard who can easily school a college kid on the mechanics of probability.

Jerry and Marge Go Large doesn’t exactly hit a jackpot but it is pleasing enough for its mild winnings. The performances and light tone really pull this film through what could’ve been a tedious experience of lottery manipulations and community comradery. Cranston gives a gentle yet tactile performance and Benning has such heart and energy that it’s easy to hope they’ll both succeed. It’s perhaps not as outlandish as such a story could’ve been, especially when considering the wealth of familiar tropes it unearths, but as a breezy bit of golden-years comedy, it mostly works in its own simplistic ways.