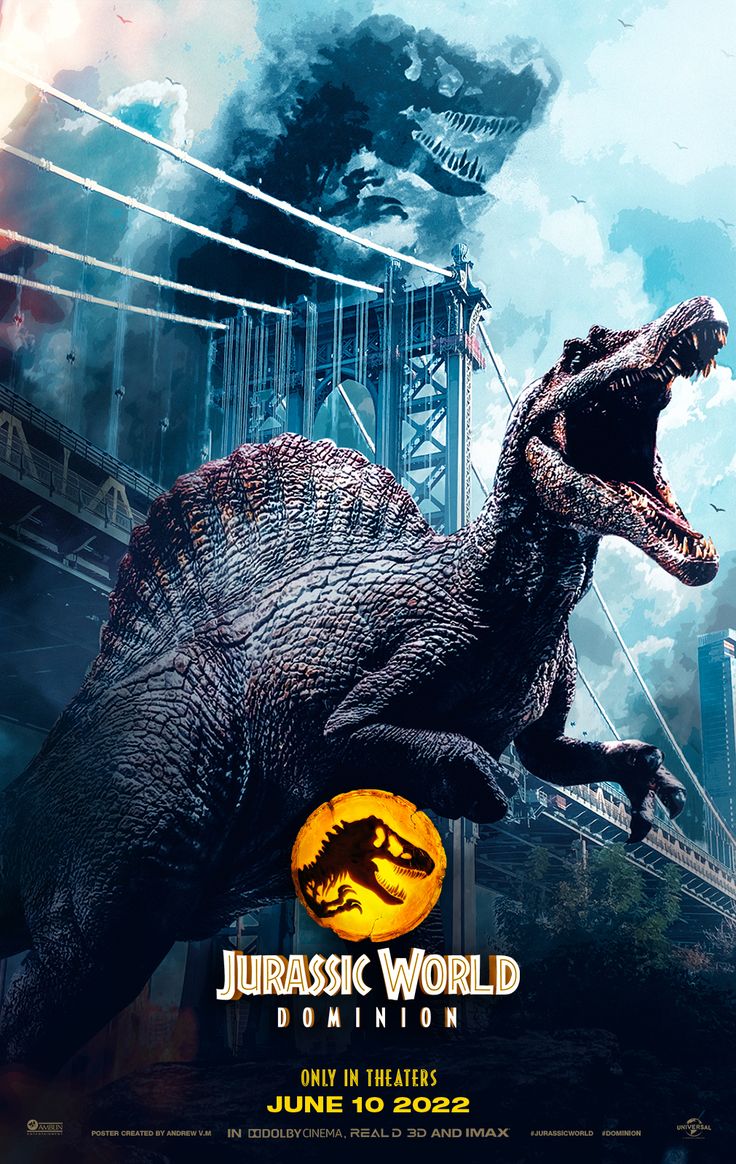 Jurassic World: Dominion brings the least to the table of this franchise and dinosaur movies in general.

If the previous two Jurassic World movies were considered safe retreads, Dominion arrives safest and blandest of the trilogy. Here is a film that feels less like a thrilling adventure of dinosaurs in modern times and more like a nostalgic special for Jurassic Park fans. For the first time in decades, you’ll be able to see the original Jurassic Park stars of Sam Neill, Laura Dern, and Jeff Goldblum together again. Don’t expect them to expand on their characters though as they mostly just get out of the way for the dinosaur spectacle.

It seems to be business as usual for the Jurassic crew new and old. The events of Fallen Kingdom have led to dinosaurs running rampant around the world. Some of them are too wild to contain while others have become black-market items. A new corporation, Biosyn, is taking advantage of this situation by housing and studying the dinosaurs for all the scientific breakthroughs they may be worth. Of course, the corporation is greedy, and evil, and, in the words of Goldblum’s Ian Malcolm, spent more time asking if they could rather than if they should. So there’s another billionaire to prove wrong and another dinosaur enclosure to escape from.

The Jurassic World ensemble is back but with more on their plate besides developing better as people. Owen Grady (Chris Pratt) is still doing his dinosaur wrangling thing which is even more needed in a time where farm ranges are rampant with rampaging prehistoric creatures. While he keeps mountain ranges free of dinosaur stampedes and sees his old raptor pal Blue is safe, his love interest Claire Dearing (Bryce Dallas Howard) is still doing her revolution thing of freeing dinosaurs from captivity, despite such an act being what led to the current state of dinosaurs being on the loose to terrorize the public. The two save dinos by day and by night they look after their adopted teen Maisie Lockwood (Isabella Sermon), a clone that is highly sought by Biosyn.

The Jurassic Park crew returns as well, also doing the same old things. Ellie Statler (Dern) is investigating Biosyn for genetically modified bugs and still finds herself fascinated by dinosaurs. Alan Grant (Neill) is still working at excavation sites digging up fossils but is willing to drop it all if it means working with Ellie again. Ian Malcolm (Goldblum) is still lecturing and stammering about evolution and the dangers of genetics. They’re all brought together again by the dangers of another corporation and once more fleeing dinosaurs they’re trying not to harm.

Of course, the real draw for another Jurassic World is the dinosaurs and you get plenty of them here. There are dinosaurs small enough to be considered as pesky as rampaging turkeys or massive ones large enough to smash into buildings. Despite placing these creatures in far more than an enclosed setting of nature, don’t get too excited. The dinosaur co-existence is given a rather brief exploration before the film settles into a needlessly complicated plot of genetic manipulation, underground dinosaur sales, greedy corporate interests, and revelations made about cloning. All of it is mashed together and churned out agonizingly slow in a slog of an adventure that runs 2.5 hours long.

This film is almost like a testing ground to see how many times you can watch the same dino theatrics before they grow tiresome. If you've seen all five previous films, you’re likely aware of the common trope where humans try to remain quiet while a massive dinosaur tries to hunt them, breathing heavily and roaring while stalking its prey. Well, you get a lot of that here. Too much, in fact. By the time the film gets to the fourth sequence of Claire running and hiding from dinosaurs, the glamor of the detailed CGI creatures wears off fast.

Jurassic World: Dominion brings the least to the table of this franchise and dinosaur movies in general. The characters become boring vehicles of exposition and merely reiterate past tropes with little to no reinvention of their quirks. The most we get is the usually cynical and dry-witted Ian deciding that this time he won’t undo his shirt. The film spends so much time focusing on these charisma-free characters that it hardly has time to address the more compelling figures of the mercenary pilot Kayla Watts (DeWanda Wise) or the morally conflicted Biosyn communications head Ramsay Cole (Mamoudou Athie). Rather than better develop these characters, Dominion remains stuck in a nostalgic past it feels like it can never escape from.