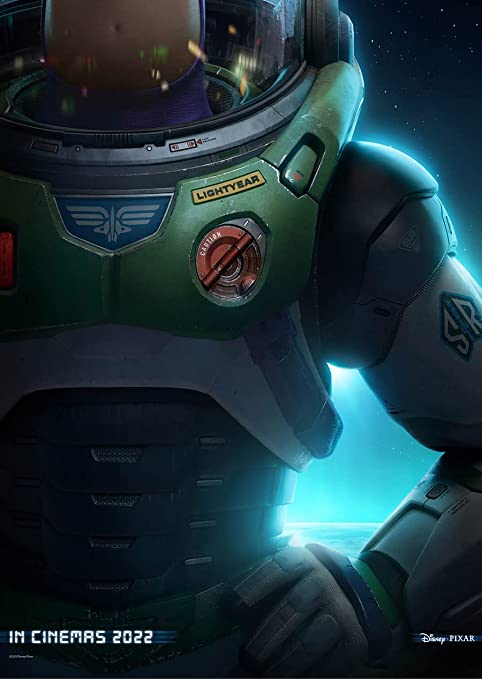 Lightyear probably won’t be regarded as Pixar’s best but it pleases more than one would expect as a Toy Story spinoff. 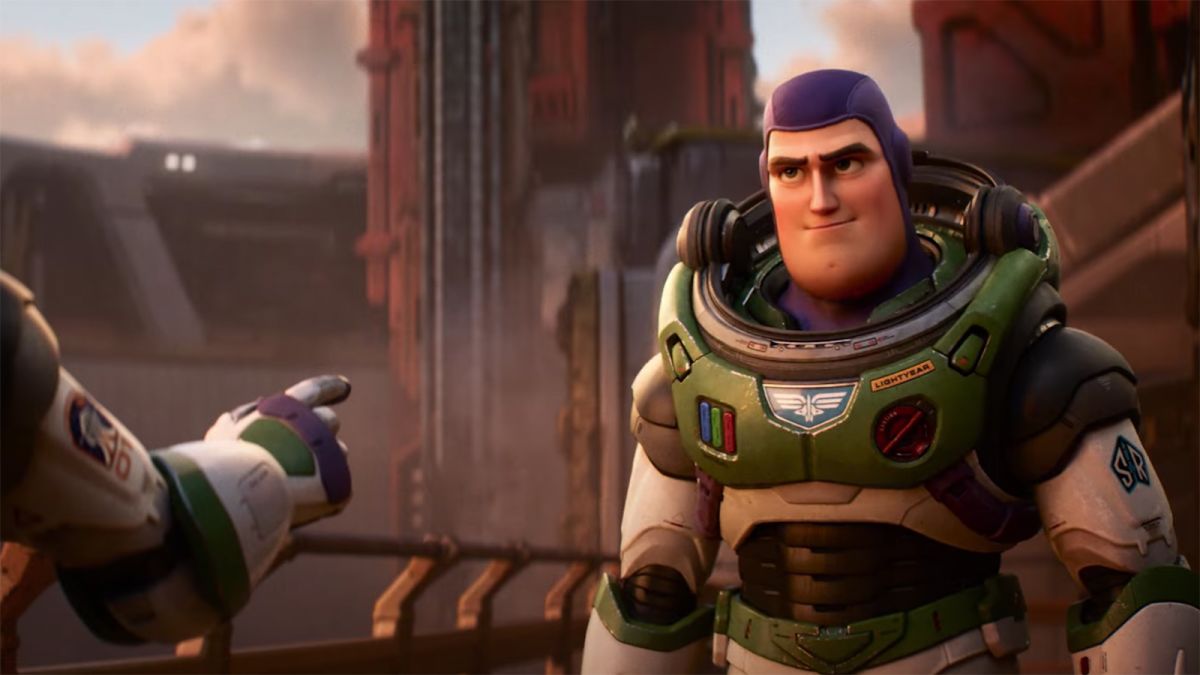 Lightyear is a Toy Story spinoff picture that starts off with some stumbling. It begins with a textual prologue to remind the audience that this film exists within the Toy Story universe. It mentions that Andy saw this movie in conjunction with the promotion of his Buzz Lightyear toy. Even the first bits of dialogue are all familiar Buzz Lightyear sayings as the film appeals to the nostalgia of the older audience. Thankfully, once the film gets those references out of the way, this space adventure takes off on its own unique course.

The film’s narrative has the appeal of a classic sci-fi story that is as much about personal discovery and a greater understanding of humanity as it is about starships, lasers, and robots. Buzz Lightyear (Chris Evans) is the leader of a Star Command vessel that crashlands on an alien planet. Due to Buzz’s cocky and solo nature, the crew seems to be permanently marooned unless they can find a way to accomplish interstellar travel again. There may be a way to get back home but Buzz is unwilling to accept the help that will get him there.

After a series of test flights and time manipulation, Buzz ultimately finds himself alone when his people are threatened by the mysterious alien force known as the Zurg. The only members of Star Command he can work with on this mission are a team of misfits who are barely trained in combat. This includes the plucky Izzy (Keke Palmer), accident-prone Mo (Taika Waititi), the elder recluse Darby (Dale Soules), and the straight-faced robot cat Sox (Peter Sohn). Together, they will try to stop Emperor Zurg from decimating the human race, despite being ill-equipped and ill-prepared for the mission ahead.

Without giving too much away in the film’s twisty plot, the picture does a solid job of highlighting what it means to be human and what makes life worth living. The passage of time, the nature of friendship, and the internal struggle of proving yourself are all present with a certain grace. For a film that features lots of explosions and spaceflights, it’s pretty neat to see Pixar tread down this path, even if it’s a familiar one for the studio once more tapping into mature themes amid kid-friendly adventures.

The animation is astounding for this picture which I doubt will surprise those familiar with Pixar’s legacy for high-quality computer graphics. Some of the IMAX sequences are particularly thrilling, especially during the space-bound climax that finds Buzz and company struggling to navigate a crumbling starship and safely make it through a planet’s atmosphere. There are shades of Gravity present in how the film favors the nail-biting sequences of nearly floating off into space, being crushed by debris, or making a daring crash-landing.

The voice cast also works well here. Evans starts off a bit strong by repeating familiar Buzz Lightyear sayings but he eventually comes into his own with the role, bringing about a stern focus and emotional response when contemplating issues he can’t control. Waititi once more gives his effortless comedic stammerings, Palmer brings some heart, Soules is just charming, and Sohn knows how to be funny without putting on a funny voice, letting his absurd dialogue and weird cat character do most of the work. I don’t want to divulge too much about James Brolin playing Emperor Zurg but I’ll say he works for making a villain who is more complex than just being the deep-voiced menace who Buzz must best.

Lightyear probably won’t be regarded as Pixar’s best but it pleases more than one would expect as a Toy Story spinoff. It has great characterizations, strong performances, eye-popping animation, and a thrilling sense of adventure. It may not go as far beyond as previous Pixar pictures but it comes close enough to the infinity that the hero strives towards. The best thing that can be said of this film is that it’s on par with any live-action sci-fi epic out there, proving that animation is more of a medium than a genre that can explore way more than the usual family-friendly adventures.