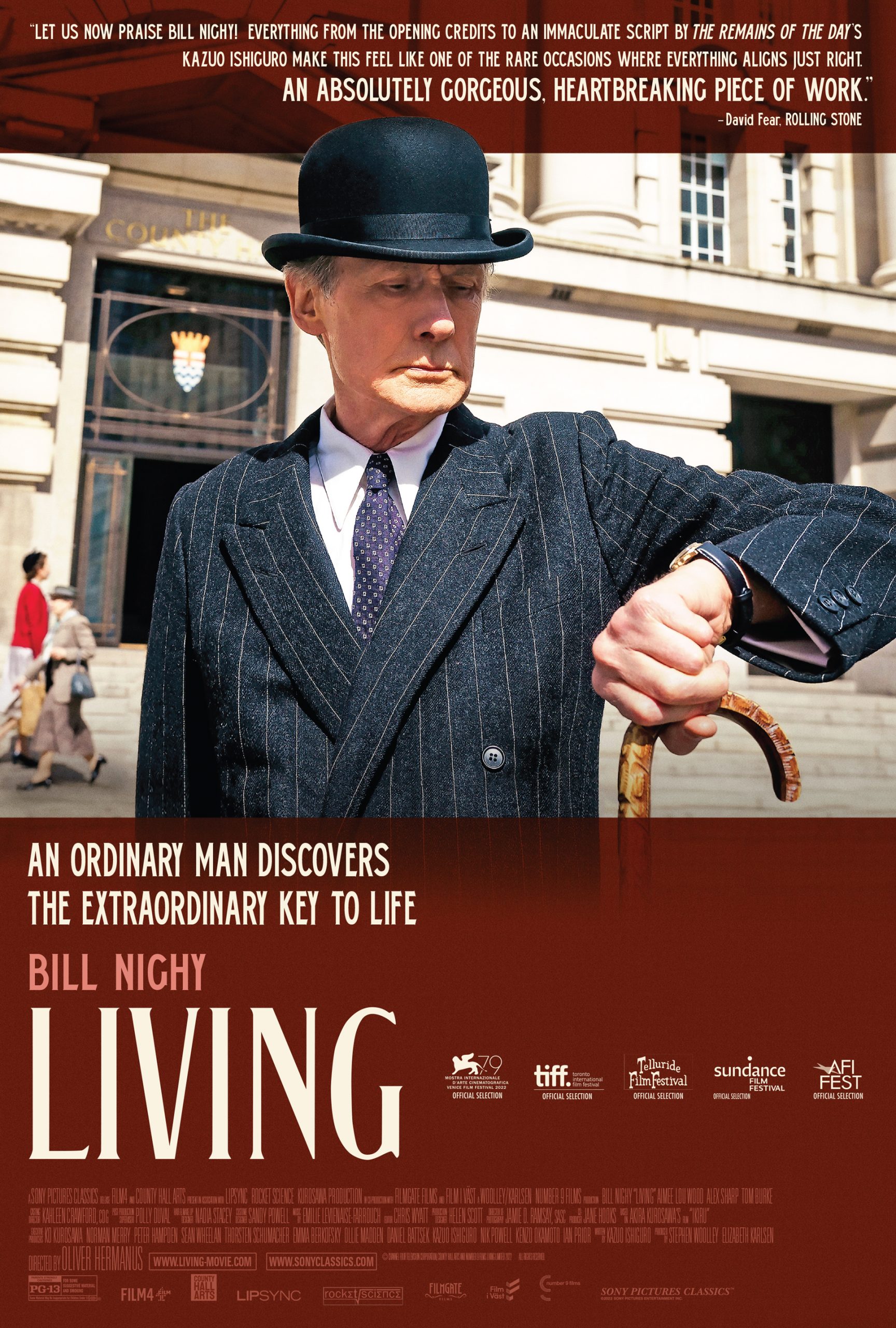 Living is a good cover of a near-perfect movie. 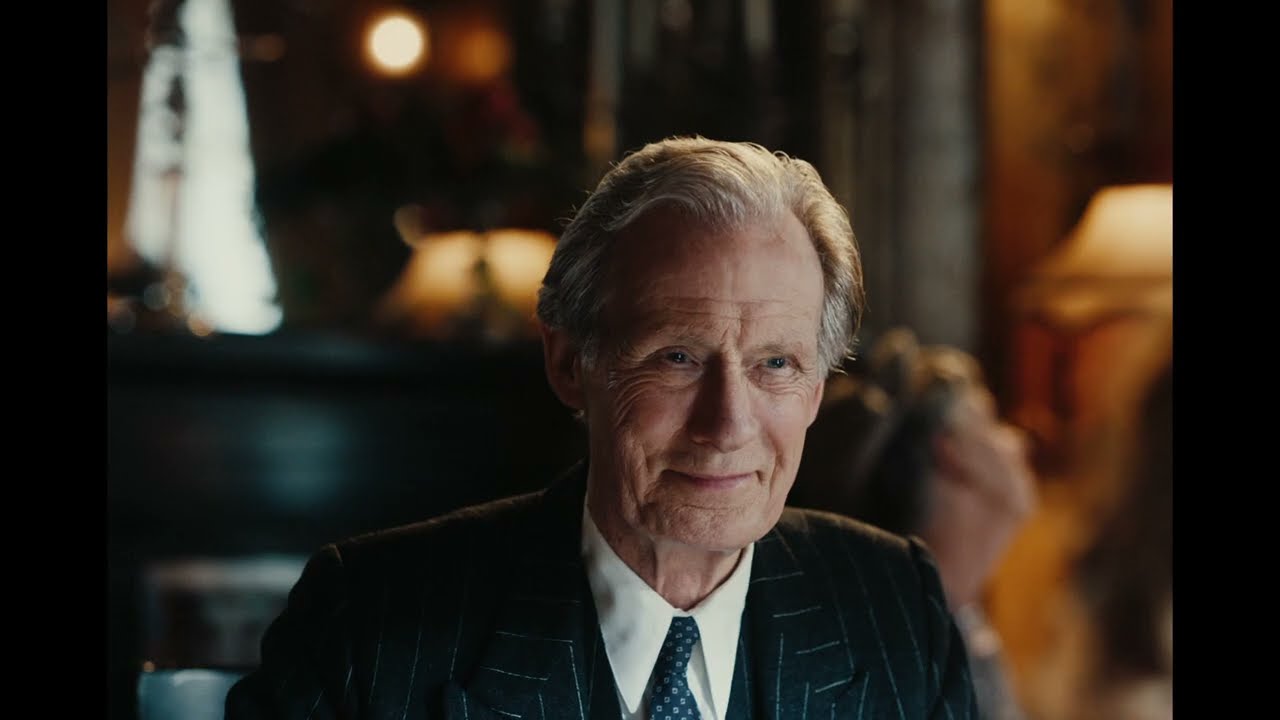 As the British remake of Ikiru, it takes work to view Living as something more than an English adaptation. The Akira Kurosawa classic has gained a following as one of the director’s best non-samurai movies, telling the tale of an elder office worker experiencing an existential crisis. This version more or less retains the story, style, and tone of the original film but with an English cast and culture replacing the Japanese. The final result is a film being a good case of localization as opposed to being a film that can sore past its source material.

For proceeding so steadily and faithfully, it’s hard not to find some warmth in the film’s adopted humanity. Bill Nighy plays Mr. Williams, a revered civil servant who has spent his entire life in a bureaucrat's prim, proper, and dull life. Remaining reserved in his quiet manner, few people know that much about the man whose only enjoyment seems to be attending the moving pictures on his own. He soon receives the most devastating news of his life from his doctor. Williams has a terminal illness and doesn’t have much time left in this world.

Stricken with a concern for having wasted his life, the desperate Williams reserves himself to remove the awareness of his illness from his family and co-workers. He takes money out of his bank and aims to find a means of better living, having spent so much of that life in an office. While he makes an easy new friend of a pub partner, Williams still longs for more beyond the beer, movies, and arcade games. He doesn’t just want the superficial means of finding joy and desires a deeper connection.

The one Williams confides in most is the young Miss Margaret Harris (Aimee Lou Wood). She starts in his department of Public Works and soon leaves for a waitressing job. Following her for lunch, Williams cautiously tries to coax a friendship out of her. He takes her to dinner at a fancy restaurant, watches movies with him, and enjoys a night out in town. Of course, she realizes how this looks, and Williams soon understands that his desperation for feeling might be misinterpreted as one of romance. While this leads to paranoia among some, it becomes a soberingly sad moment for Williams to realize how limited we are by public perceptions of ourselves. It’s only after all that when he realizes that he can use his position in Public Works to bring some joy into the world if he tries.

This remake adapts many familiar scenes that play well yet constantly remind me of the original film. One of the saddest scenes features Kanji Watanabe singing a sad song at a tavern and slowly growing so depressed he can barely get out the words. That scene is present with Williams as well, singing an old folk song that gets progressively tougher to sing. It’s a solid showcase of Nighy’s acting skills, but it still makes you think of the original. The same goes for the iconic shot of the sad man on a swing, lavishing on the joy he accomplished. It’s pictured here with a faithfulness that feels more devoted to the shot than making the scene it's own.

Living is a good cover of a near-perfect movie. If you’ve never seen Ikiru, it’s a strong enough picture brimming with breathtaking emotion. But if you have seen Ikiru, Living only looks like an imitation picture where you mostly shrug and ask what the point of that was. Thankfully, the movie mostly gets the job done of replicating the same story and will hopefully inspire a new generation to seek out the Kurosawa classic.