Love Hard is a romantic comedy ten years too late and even then it still might’ve been just as tiresome. 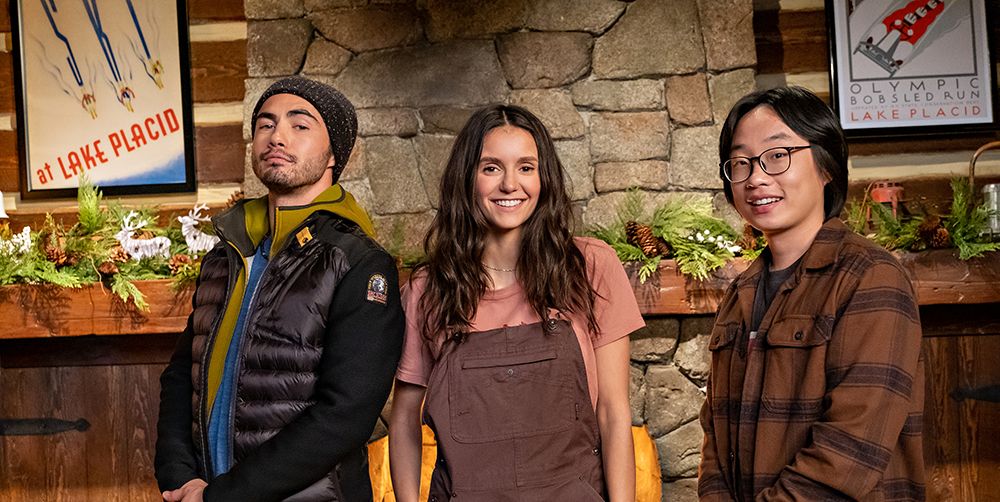 The idea behind the title of Love Hard is that it’s a combination of Christmas classics Love Actually and Die Hard. Don’t get too excited though. There’s no merging of a romance anthology with the dangerous thrills of a hostage situation, as brilliant a combo as that may be. No, this is a mere meandering romantic comedy of holiday staging where the title is more present for reference purposes. The debate about Die Hard being a Christmas movie should have passed by now but this film still wants to dig it up as a comical debate.

The premise is a love triangle that will seem very familiar to those who are adept at the ugly duckling makeover scenario. Natalie Bauer (Nina Dobrev) is a romance column writer who specializes in writing about bad dates and terrible experiences. She’s a slave to the depressing world of clickbait, where any attempts at trying to convince her editor for a more upbeat piece are shot down.

She then finds Josh, a handsome Asian man on a dating app who she connects with well. They share long phone calls where they make jokes and discuss Christmas movies, often watching them together. Everything seems to be going well for this relationship and Natalie is hoping she can surprise Josh with an in-person visit for the holidays. When she arrives at his home in Lake Placid, New York, she is shocked to discover she has been catfished. Josh is played by Jimmy O. Yang and is that dorky geek who figured he could never get a date. He also never figured that Natalie would go for a guy like him so he strung her along for as long as he thought this relationship could proceed.

Though Natalie is angered, she tries to make the best of a bad situation and try to attract the attention of the hottest guy in town. The rugged Tag (Darren Barnet) is a man whom Natalie fancies and wants to get into his world, even if it means reading books she hates and going on rock climbs she despises. Josh, being an expert on Tag, gives her lessons in how to win his heart. By this point in the synopsis, you probably see exactly where this love triangle is going and there’s little to no subversion in this writing.

All of that would be fine if there were some genuine charisma to the leads where we enjoy their company. Sadly, this is not the case as Love Hard seems so obsessed with its references and comedy of manners and errors that it hardly has a moment to feel like a genuine Christmas romance. And, wow, does the debate of Die Hard being a Christmas movie get old fast. There are also more arguments about Love Actually being overrated and Baby, It’s Cold Outside is a rapey song.

Love Hard is a romantic comedy ten years too late and even then it still might’ve been just as tiresome. The characters are never interesting enough to watch as their actions are telegraphed far in advance. There are no comedic jokes that land considering how old some of the gags turn out to be and how long certain punchlines take to land. The constant reminders of Die Hard and Love Actually only made me want to watch those movies even more. At least those films never bickered over what is a Christmas movie, making the arbitrary argument all the more pointless.