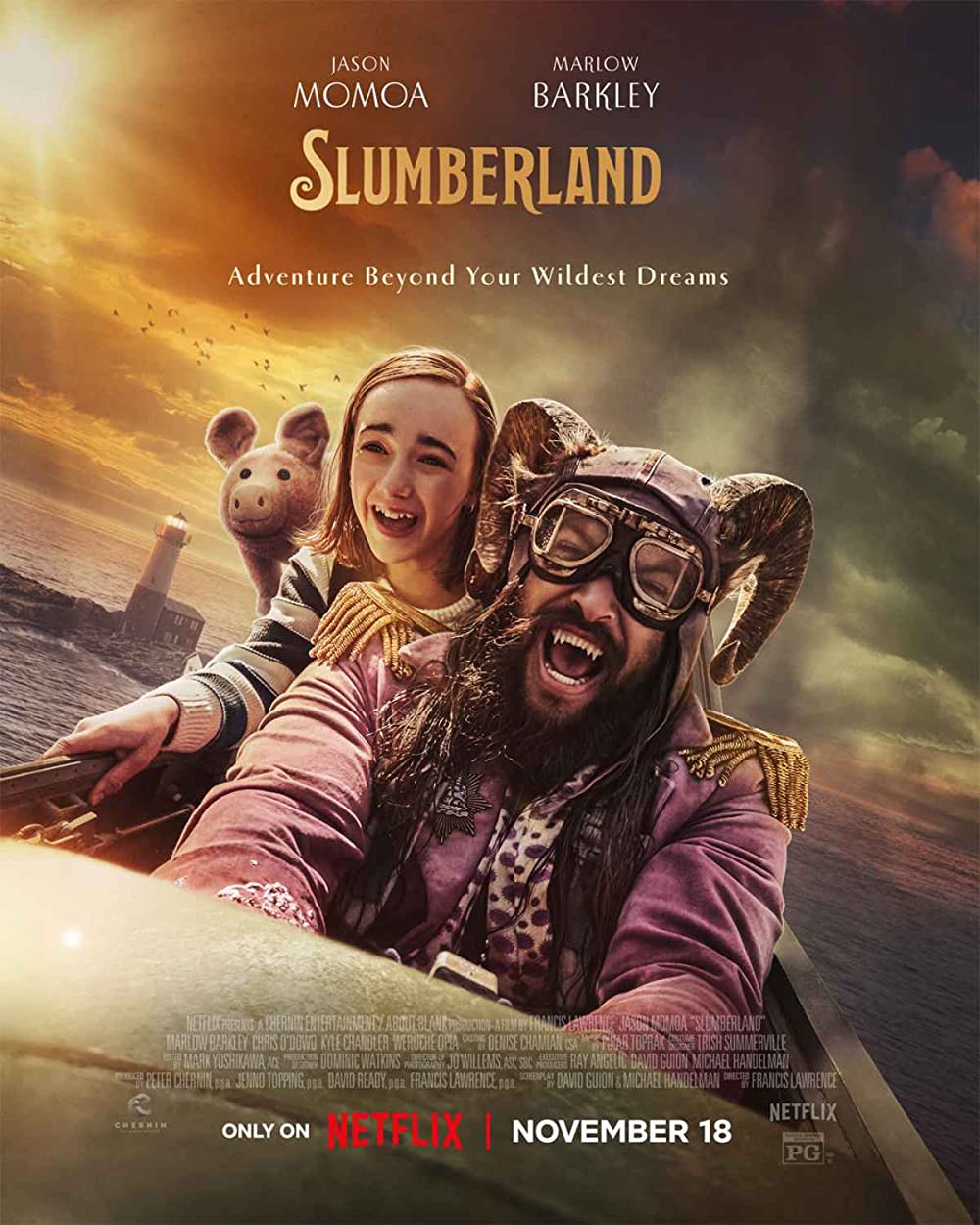 Slumberland is an okay family film in desperate need of a more considerable imagination to carry its world. 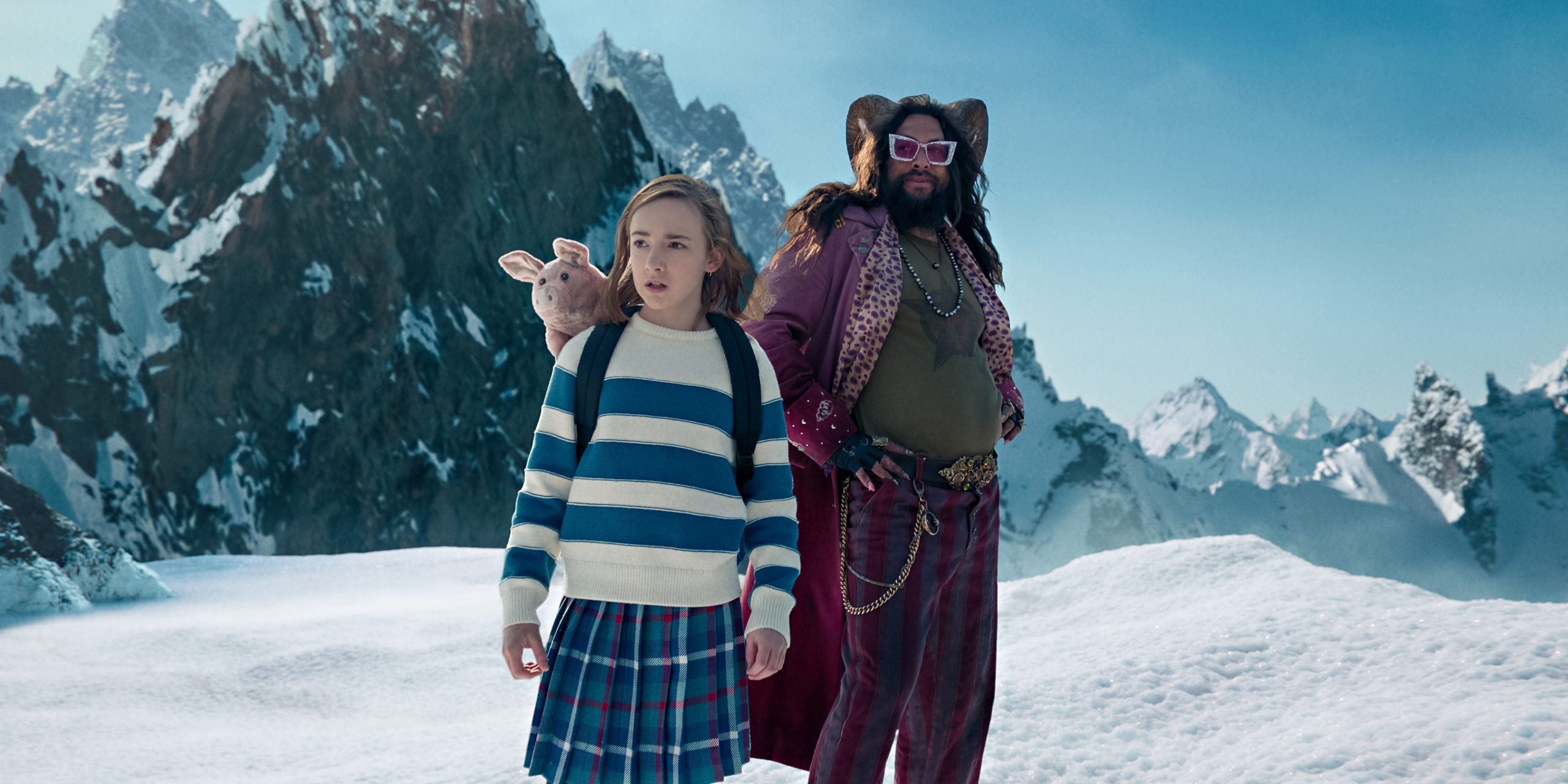 Slumberland is a fantasy film that fluctuates between being a fanciful diversion into imagination and a pathos-ridden tale of a family coming to terms with grief. It’s heartfelt and charming yet still overflowing with visual effects to dazzle the younger ones with its magical adventure. In some ways, the movie is a pleasing made-to-order picture for family movie night. At the same time, there’s a desire for more presence within this familiar ride.

Based on the Little Nemo series of comics, the film follows the wondrous imagination of the young girl Nemo. She has an adventurous life living with her single father at a lighthouse. She gets to tend to the lighthouse and enjoys evenings being told wild stories. Those days come to a close when her dad ventures out into stormy waters and does not return. Having endured the loss of another parent, she moves away from the lighthouse and into the city with her awkward uncle Phillip (Chris O'Dowd). Considering that Phillip spends most of his time droning on about his profession of door locks, their relationship is slow, especially with a new school of strict standards and annoying nerds trying to woo her into clubs.

Some hope comes to Nemo in her dreams. Led by her stuffed pig coming to life, she ventures into a dream world that reflects the lighthouse environment she adores. Among this world is Flip (Jason Momoa), an eccentric and troublesome goat-like character. Nemo recognizes this character from her father’s many stories and finds him strangely familiar beyond just being an imaginary figure. Not content with reality, Nemo returns to this dream realm despite his reluctance of Flip to guide her through the ins and outs of dreams. What follows is an adventure of dashing through dreams, defying dream cops, and finding comfort and peace with moving on from mourning the dead.

Director Francis Lawrence does a decent job trying to strew this imaginative and meaningful mix of adventure and drama. There are some solid performances, especially from Marlow Barkley playing Nemo with tremendous sadness and wonderment. Chris O'Dowd eases into the role of somebody who starts as a boring nobody who slowly transforms into someone who grieves in his own way. There’s little surprise in Momoa, bringing his usual boisterousness and bold charm to playing a beefy and brutish action hero.

The abundance of special effects works well enough here, considering the grand showcase of entirely CGI worlds crafted by the imagination. Highlights include an endless row of vending machines and a decadent ballroom. And yet all of it feels so mechanical for being so unbound by reality. Perhaps it’s for how most of the time spent in the dream world is used to explain the very mechanics and hierarchies. Is this really what most kids prefer to fancy in their dreams? Learning about the interconnected consciousness of all beings and the authority of all dreams isn’t as compelling as venturing into wilder situations where anything can happen. The laser-focus on Nemo learning more about slumberland will undoubtedly entice the younger viewers desiring to be taken seriously, but I can’t help but feel the older crowd will be underwhelmed by this overly-explained world.

Slumberland is an okay family film in desperate need of a more considerable imagination to carry its world. It’s a visually pleasing film with so many stunning worlds and characters that it’s a shame the film is in such a rush to bring answers to pathos. Perhaps this commitment to more meaningful stories that are not all that meandering makes every adaptation of Little Nemo feel lesser than its comic counterpart. To its credit, this is one of the better adaptations but more on a technical level than an awe-inspiring one.