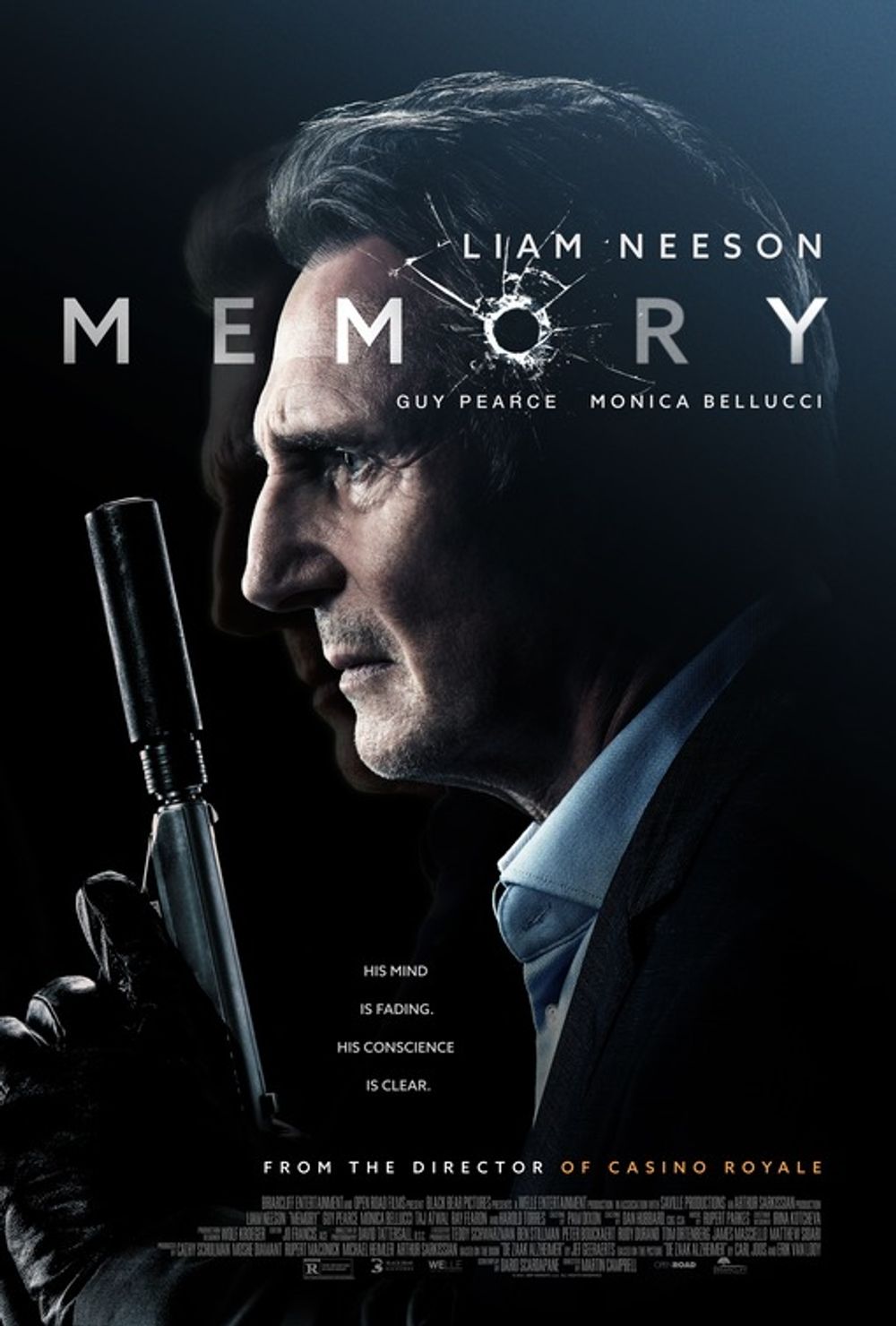 Memory is not exactly a terrible Neeson action hitman movie but it won’t be a memorable one. 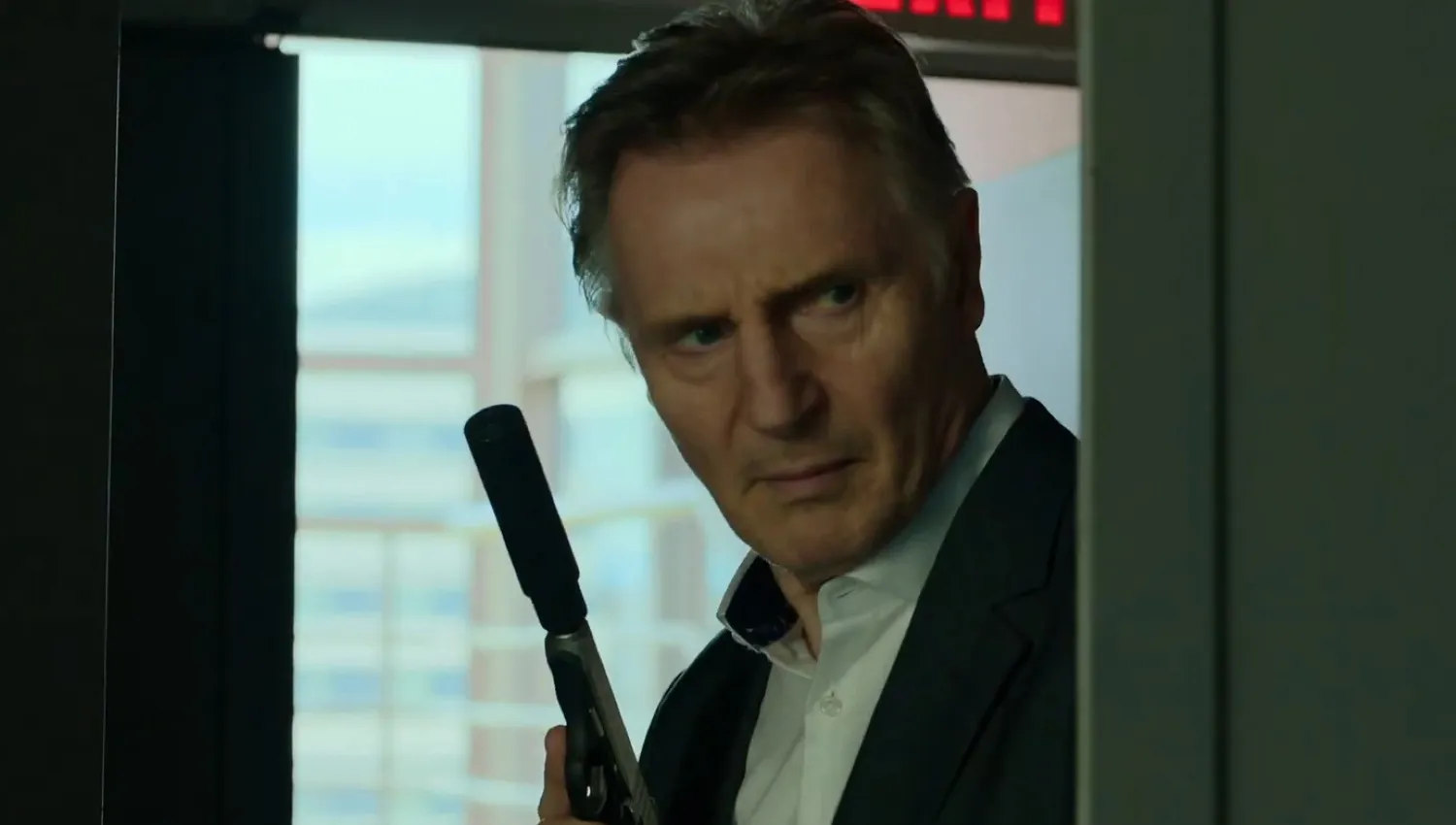 Liam Neeson was bound to play an aged hitman at some point considering how long he’s been playing this archetype. Since his quotable lead role in Taken, audiences have become accustomed to Neeson always playing the gruff anti-hero who always barks as loud as he bites. He’s played so many versions of this character that you really have to highlight specific moments of his films to tell them apart. Remember Run All Night? That’s the one where he fights an assassin with a flaming two-by-four. Remember The Commuter? That’s the one where he’s trapped on a speeding train and has to kill someone. Remember Non-Stop? The same scenario except it’s on a plan.

There might’ve been something surprisingly meta about having Neeson playing a hitman with memory loss. He plays Alex Lewis, a contract killer working in Mexico who is finding it harder to be as tactful with his kills. He still works well enough to find his way out of every situation but he starts forgetting his phone or what he was last doing. Scary stuff, but there’s not time to lament. After all, there’s a cartel to fight back against. A level of corruption between the cartel and law enforcement leads to Alex trying to blow the lid off an insidious child trafficking ring while the good-natured FBI agents are always one step behind.

There are a handful of compelling scenes for Neeson being a handicapped hitman. After an obligatory-yet-off-putting scene of Alex having a one-night-stand, he started growing worried in the morning when he watches the news to discover a murder has been committed. He questions the woman roughly to make sure he spent the entire night in the hotel, feeling the paranoia that he might’ve committed murder without even realizing it. His forgetfulness soon leads to murders he didn’t intend and the mishaps start to turn him into a depressive state. He struggles with words and this leads to him killing those he didn’t intend to be targeted.

Unfortunately, the film never becomes introspective enough with our lead character to explore the pains of losing your grip on reality. Instead, the film focuses more on the bog-standard case and routine action sequences. We get a lot of shootouts between Neeson and his aggressors, often leading to tense interrogations that end with Neeson disposing of the talkers in a violent way once he’s squeezed out all the info. FBI tries to track Alex’s murders, leading to a cat-and-mouse chase where they arrive on the scene, spout a few profanities, and speak openly about how they’ve got a messy case on their hands.

Even the levels of corruption feel par for the course, considering that the ultimate climax in all this ultimately leads to assassination when the crucial bit of evidence does nothing. A highlight on social decay within the justice system or the narrative’s weak will with the material that it has to keep the blood flowing? I’m partial to viewing it as a little bit of both, ultimately creating an ending that feels more hollow than it should.

Memory is not exactly a terrible Neeson action hitman movie but it won’t be a memorable one. There’s some solid progression and some mildly rousing action scenes, but nothing that we haven’t seen before. It’s bound to be confused with any number of other Neeson action movies, doomed to be lost amid an inevitable Neeson variety pack DVD saddled along such other titles as Blacklight, The Marksman, and Honest Thief. All of those films, by the way, came out in the last two years and I wouldn’t blame you for not being able to tell any of them apart. This makes the very idea of Memory perhaps more poetic than it seems.