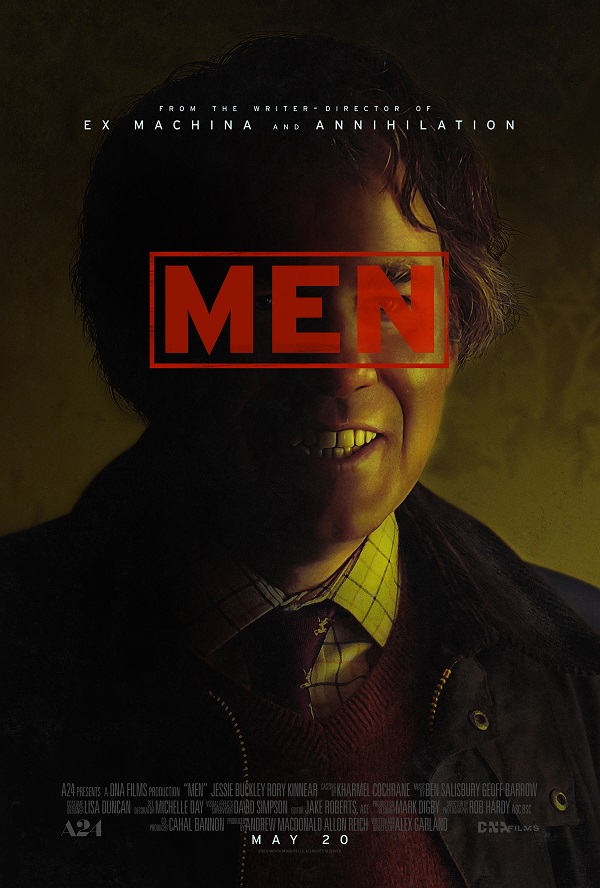 Men is a deeply disturbing film with great folk horror and a vocal message. 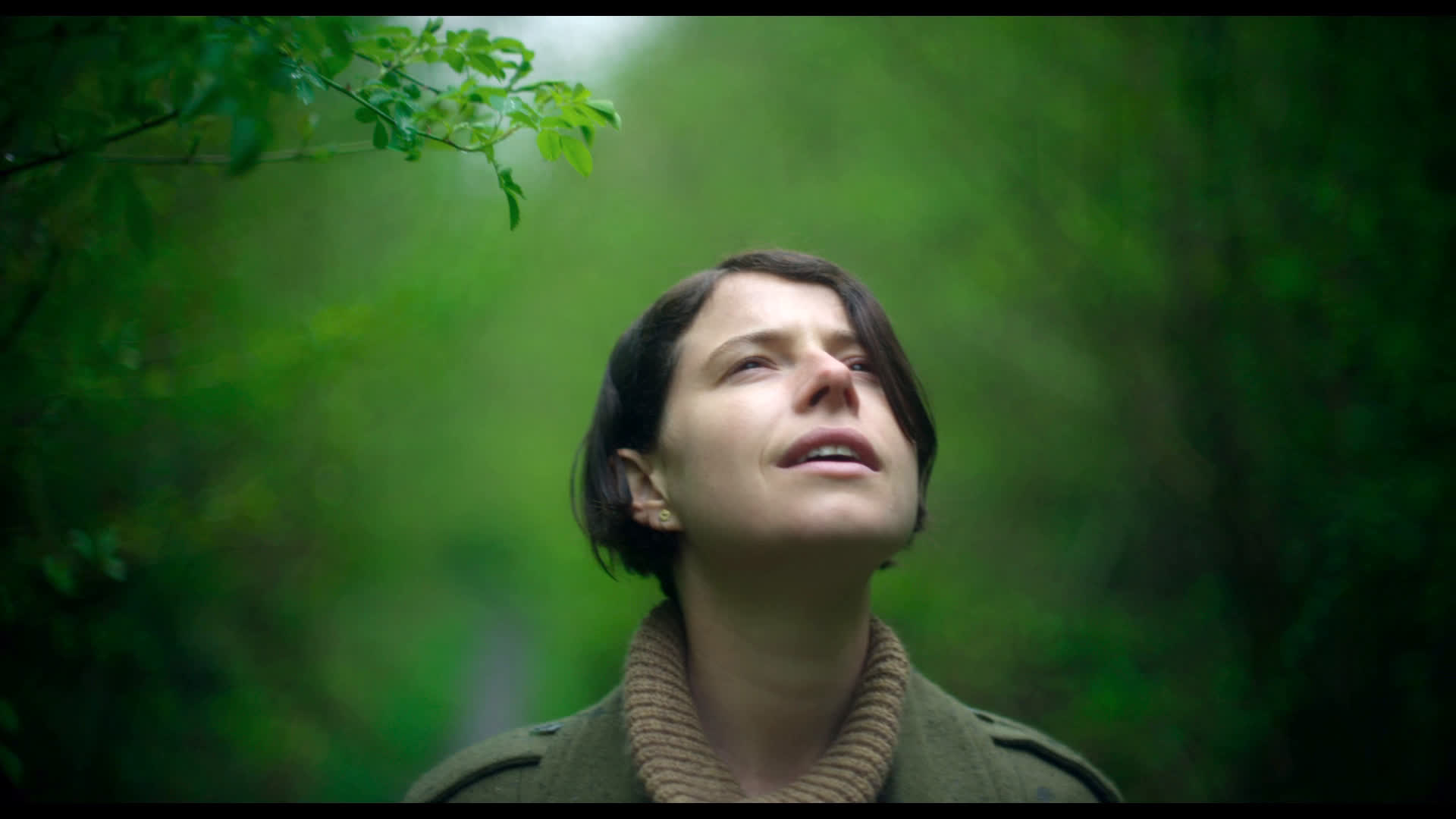 Alex Garland has delivered some astounding sci-fi in his productions of Ex Machina, Annihilation, and Devs. But Men is a far different sort of film, despite being just as cerebral and surreal. It’s more horror than sci-fi, more socially conscious than internally questioning, and far blunter in its messaging. It’s also incredibly violent, grotesque, and features a mind-blowing ending that is easily going to make it the most divisive movie of his filmography.

Jessie Buckley plays Harper Marlowe, a single woman recovering from the tragedy of an incredibly horrible break-up with a dark ending. Seeking to get away for a while, she decides to rent a luxurious estate for a vacation in the English countryside. It’s a beautiful place that seems perfect for isolation. But that peace is disturbed as a mysterious naked man is seen wandering around. She doesn’t notice him at first but her walks around the wilderness and small town adjacent find her coming into closer contact with the stranger.

As she tries to evade this creeping figure, her frightening past comes back to haunt her. Her ex-husband (Paapa Essiedu) is revealed to have been abusive and manipulative. The shock of his death sends her into a whirlwind of emotions that range from rage at his exit to sadness for questioning what could have been done. The town, however, does little to take her mind off of this. Rory Kinnear plays various men in the town who give her little comfort in both confronting her past or preventing the creepy naked stalker from pursuing her further. A cop speaks about how they couldn’t charge the man with anything and had to let him go. A local priest attempts to speak with Harper about her tragedy but ends up placing more of the blame on her.

This is a folk horror that slowly creeps under your skin with its brooding atmosphere and building of terror. Harper’s vacation turns into a nightmare of trying to find some peace after tragedy and it’s easy to root for her the further she goes. She’s also not afraid to bite back when presented with such hideous conversations that try to gaslight her into feeling guilty about being a woman in a patriarchal society. The moment when she realizes a priest is trying to blame her for the death of her husband leads to a satisfying moment of telling him off. It’s also exciting watching her take up knives to defend herself when threatened in her vacation home.

Garland has a real knack for the violence in such a picture that gets incredibly brutal at times. There’s a scene where we expect Harper to stab an intruder with a knife but what’s more shocking is what the intruder does with that knife once it enters his body. The third act also isn’t afraid to make the film become a completely surreal experience, where it’s less about deciphering the mystery of the naked man and more about Harper attempting to understand the world around her. Her ultimate resolve of coming to terms with her ex-husband’s death has this odd yet satisfying conclusion about finding the truth but not settling for guilt. It’s also an incredibly disturbing sequence that involves an astonishing amount of body horror and birthing that is not for the faint of heart.

Men is a deeply disturbing film with great folk horror and a vocal message. It doesn’t shy away from showcasing hypocrisies within patriarchy while also relying on nightmarish visuals to communicate this anxiety. It may seem par for the course that director Alex Garland is dabbling in this familiar subgenre of horror that tackles trauma and societal ills. But Garland’s film manages to be a real stand-out picture for going hard in the areas of body horror, gender clashing, and distortions of reality.