Mortal Kombat exists for little more than to be a checklist for fanservice. 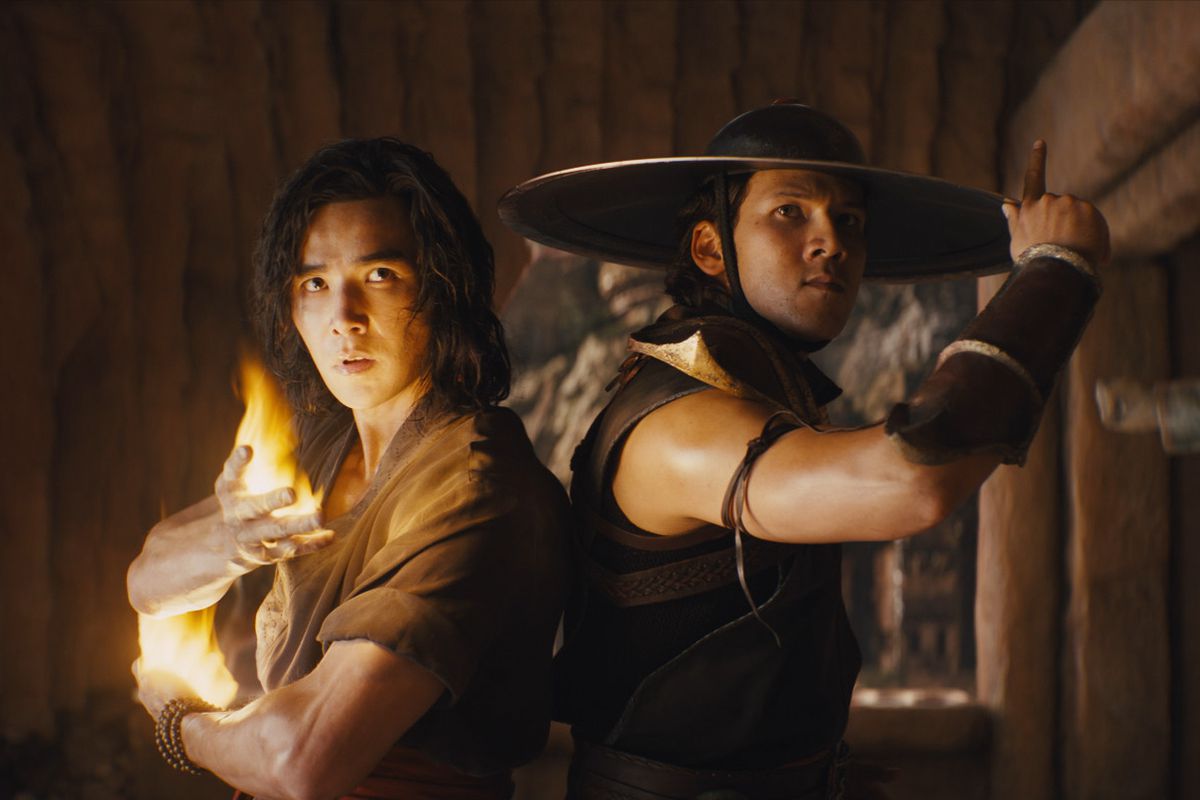 The Mortal Kombat fighting games were best known for their brutality, an aspect that had yet to be amplified on the big screen. Now we finally have an R-rated film with all the blood and gore that made the video games become such a hotbed of controversy in the 1990s. Such association almost feels as though this new Mortal Kombat movie is living up to its name. However, in hitting all of those checkmarks that will no doubt please the fans, there’s a cost of humanity and personality that sucks the very soul out of this action-packed film.

It really hurts to see such a film falter considering how strong it starts. The opening takes place in the 1600s when the warriors of Bi-Han and Hanzo Hasashi. Bi-Han, armed with the power to freeze his opponents in ice, attacks Hanzo’s family and brutally murders him in a gruesome showdown. While his remaining son cries out to him, Hanzo vows to seek revenge from beyond the grave to get back at Bi-Han. This introduction is so exciting for its vicious action and limited dialogue. But it’s all downhill from here.

The story then shifts to the modern-day where the failing MMA fighter Cole Young (Lewis Tan) learns he’s more than just a loser in the ring. It turns out he’s the descendent of Hanzo and as such must compete in a legendary tournament known as Mortal Kombat. Described briefly in the opening text exposition dump, Earth is under attack from the realm of Outworld, a demonic dimension of all sorts of mystical warriors. The only chance Earth has at driving them back is to win a fighting tournament. If the Earth loses, the planet is doomed.

But if you were hoping to see that tournament, you’ll be out of luck. Mortal Kombat wastes so much time establishing so many characters that it runs out of time to get to that tournament that is apparently the most important thing everybody talks about in this film. And what of these characters? We have Sonya Blade (Jessica McNamee) an ex-special forces agent devoted to tracking down the clues of the tournament. We have Kano (Josh Lawson), a reluctant mercenary who won’t hesitate to insult when its funny or kill when it benefits him best. We have Jax (Mehcad Brooks), another soldier who loses his arms and then gets robotic ones. We have Lord Raiden (Tadanobu Asano), a grumpy wizard of exposition. And we have Liu Kang (Ludi Lin), a wet-blanket martial artist who doesn’t become interesting at all until some pathos kicks in for the second act.

And those are just the primary characters. There’s a whole lot of side characters thrown into the mix for the protagonists to battle. Most of them are introduced mid-fight or come out of nowhere with awkward introductions. I couldn’t help but feel these inclusions will only be for fans and only if they just dig on seeing live-action depictions of the game characters. But as someone who has played the games and recognized these characters instantly, I found myself more baffled by the inclusion, asking why the film keeps piling on these characters when there isn’t enough personality given to the ones they’ve already got.

The acting is incredibly stiff all around but it mostly seems due to a lacking script. Characters are meant to exclaim upon scenes by declaring situations bad-ass or referencing lines from the video game. And either seems as though these lines are spoken without charm or the actors feel embarrassed to be saying them. At least in the 1995 Mortal Kombat movie, the characters stated such references with earnest glee. In this film, it feels like everybody is trying too hard to keep this over-the-top action film more serious than it needs to be. It also doesn’t help that the characters of Bi-Han and Hanzo literally have to declare themselves as Sub-Zero and Scorpion for little reason other than...well, that’s what they’re called in the games.

Mortal Kombat exists for little more than to be a checklist for fanservice. It has more things than it has real depth and thrills. Even if just watching the film for the fights alone, it’s hard to appreciate this glowing aspect when it’s placed within scenes that are as dead as the defeated opponents. Even if watching the picture as a turn-your-brain-off experience, I’m not sure how far down you have to turn the dial when the film can’t even get to the tournament it keeps talking about. By the end of the film, you feel as though you’ve only seen a prologue and been cheated out of a more whole experience. And no amount of fatalities can make up such a loss in a blatant bid for a franchise.