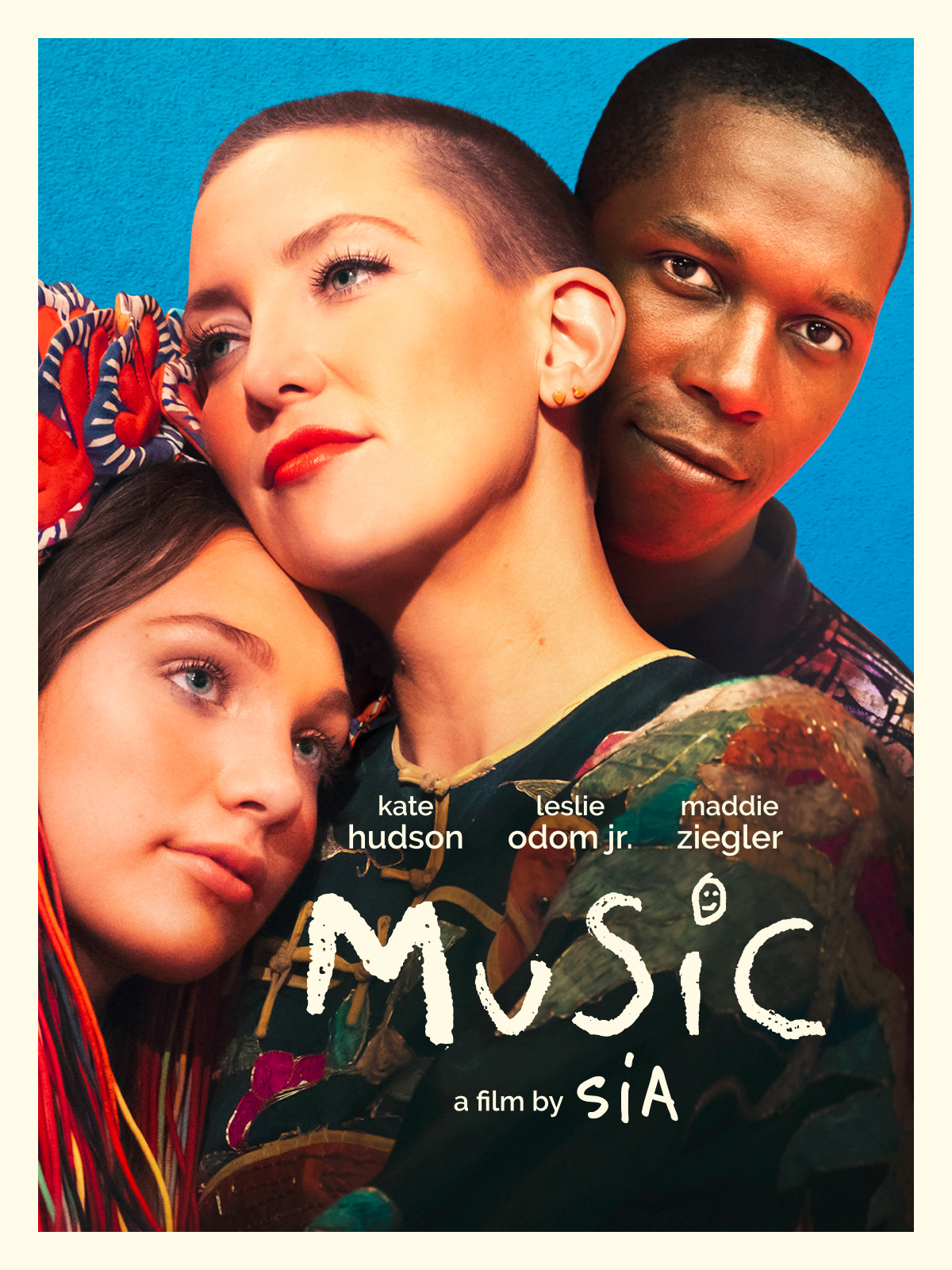 Music is exactly the film you DO NOT make about people with autism.

Sia (hopefully) made her directorial debut with the best of intentions. She probably wanted to make a meaningful and emotional film that focuses on the neurodivergent while also being an excuse to showcase her wild visions of music videos. The end result, however, is yet another disability drama that sets back representation of autism in film, which is already failing pretty hard with such recent films as The Fanatic and The Night Clerk.

The titular character of Music (yes, that’s her real name apparently) is a girl with autism who retreats into her headphones of music to cope while she stims. The film, however, portrays these actions as much different in their intentions. While Music listens to music, the audience is treated to what seems like a music video inside her head, where Music’s many spasms and stimming actions are portrayed less like means of maintaining herself and more like expressionist dance moves. In other words, Sia looked at how people with autism sometimes move and thought “hey, that’d make a great dance.”

But that’s just one example in a long line of missteps in portraying autism from a film riddled with stereotypes and false notions. This is especially present during the inciting incident where Music’s grandmother and caregiver dies with Music taking little notice of her death. This makes the provably false claim that autistic people are not only unaware of all social cues but unemotional about such ordeals as death. This has been disproven through tons of studies and apparently still has to be dispelled when it’s still being used in this film.

Anyway, Music is soon given over to her relation to Kazoo (wow, these names), a drug dealer who wants nothing to do with Music as she can’t handle her. Kazoo doesn’t know how to handle Music’s tantrums and instead relies on the black neighbor who has experience with the girl and knows how to calm her down. It’s just too bad Kazoo is getting bad advice as the neighbor says the only way to calm Music down is to “smother her with love.” In other words, hold her down. Again, this has been proven over and over again that this action does not de-escalate a situation and only makes episodes of violent fits even worse. The film, however, says this action is right and will proceed to pull it several times whenever Kazoo needs to calm Music.

And what is all this in service of? Music videos? Family drama? A shameless and tone-deaf Sia cameo? It’s this bitter usage of the film to treat autism as a crutch for sentimental leanings when it clearly seems that the huge focus for Sia was the production design and staging of her music videos. But if that’s her focus, why drag autism through the mud when she clearly doesn’t know what she’s talking about? Sia has stated that she did about three years' worth of research on autism to portray it on screen, a claim that is both surprising and doubtful given what she has placed on the screen. She somehow managed to avoid the research on emotional responses and restraints as these deeply misguided depictions still ended up in the film.

It’s near impossible to talk about the film outside of this gross depiction of the condition. Believe me, I tried to divorce myself and merely watch the film without taking notice of the off interpretation of autism but the film is still riddled with all sorts of egregious problems. The film features such aged tropes of the magical black friend who only exists to help and an Asian character only present to say nothing and then die. The cameo by Sia falls flat and the musical sequences, elaborate as they may be, just didn’t do anything for me, especially since all of them continuously remind you of these deeply flawed depictions of people.

Music is exactly the film you DO NOT make about people with autism. I’d like to think we’ve come a long way since the more shameful disability dramas where autism was always portrayed through children as being a burden on the parents. There have been some strong representations of autism in films such as The Accountant and Power Rangers. Those films showcased how far we’ve come. Music showcases just how NOT far we’ve come.