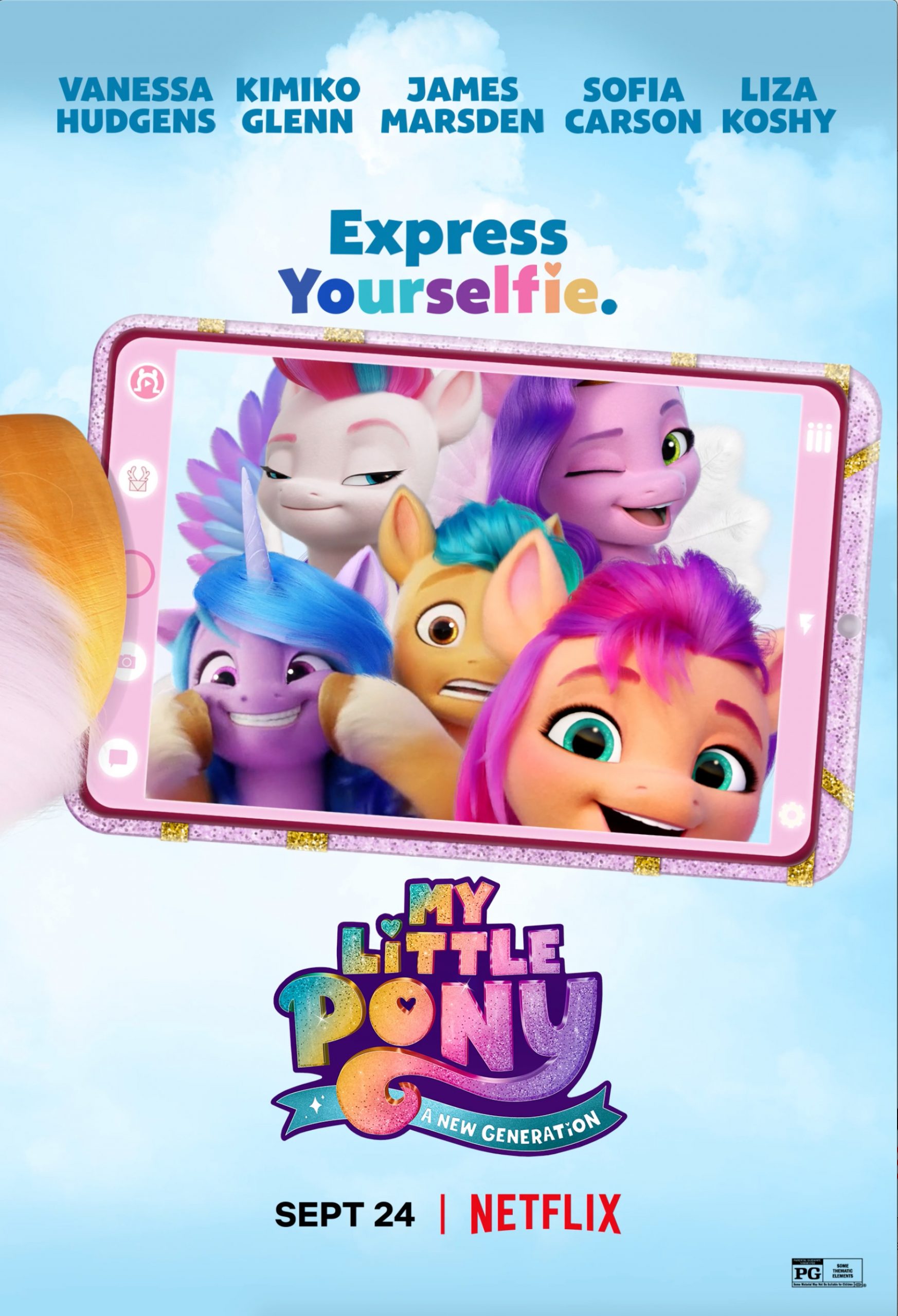 My Little Pony: A New Generation is a retread of sorts but may still court a younger crowd.

My Little Pony: A New Generation (2021) Review By Mark McPherson 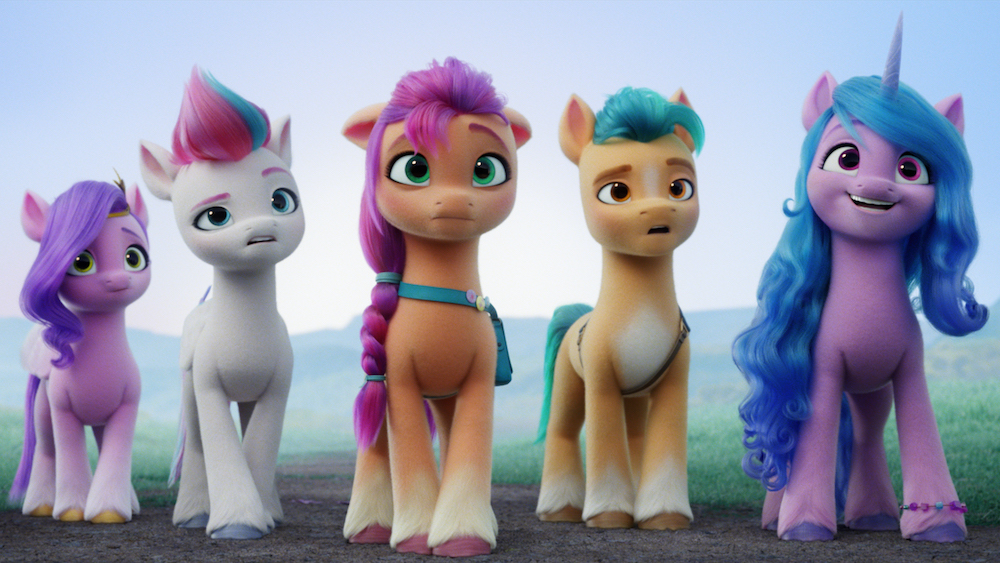 While this My Little Pony film may come branded with the label A New Generation, it is very much more of the same. In the literal sense, it’s a fitting title since this film does continue the story of the previous My Little Pony series. All those devoted fans to the surprise cult hit of 2009’s My Little Pony will perhaps feel some sense of canon being respected. They may even feel right at home with a simple yet sincere tale about acceptance with all the exuberance they’ve come to expect from a colorful world of ponies, pegasi, and unicorns.

The premise here is not too shabby. Taking place a generation after the previous pony storylines, magic has disappeared from the world. The days of ponies, pegasi, and unicorns living together in harmony are over, and fear brews among the different equines, with propaganda and all. Sunny Starscout (Vanessa Hudgens), an Earth pony, aims to find a means of acceptance. The more she looks into the history of the other races and how mysterious they’ve been kept, she’s hoping to stress that the world shouldn’t live in fear. So when the curious unicorn of Izzy Moonbow (Kimiko Glenn) ventures into Izzy’s bayside town of ponies, Sunny is intrigued. Everyone else, however, is terrified.

Sunny and Izzy proceed on a quest to revive magic in the world while trying to fight back against oppressive forces on all sides. They encounter a kingdom of pegasi that can no longer fly and has grown superstitious. They try to evade the fascist reign of the bayside town that prepares for war against those who are different from them. This is some surprisingly heavy stuff for a film that features cute and colorful designs. Yet My Little Pony seems to always have been a tad aware of their older crowd. It’s for this reason why a musical sequence akin to Pink Floyd’s The Wall isn’t too unexpected when the bayside town marches to the beat of bigotry.

Unlike My Little Pony: Friendship is Magic, the previous show and predecessor to this picture, A New Generation treads on fairly familiar territory. The attitude is eccentric and quirky with characters who all seem full of charm and wonder. The musical numbers are big and boisterous with some cunning lyrics here and there. The message is also pretty on-brand for stressing distrust among ponies and how love and friendship can bring everybody together. But this is all deja vu for anyone who has seen even a handful of episodes from the show.

The computer animation of the picture is at least a treat for the eyes that differs greatly from the simplified style of Friendship is Magic’s limited animation. I really dug how well the similar designs of big eyes, rounded legs, and stylish hair translates into CGI. The characters are all highly expressive and occupy some stunning locations, from the spacious kingdom halls of the pegasi to the watery wonder of a bayside town. I particularly loved the movie theater posters of the pony theater featuring a Jaws parody of Horns, trying to stress how dangerous unicorns can be.

My Little Pony: A New Generation is a retread of sorts but may still court a younger crowd. It’s been over ten years since Friendship Is Magic has debuted and the audience has grown up. There’s a bit of charm to this film trying to bridge generations of fans with a soft reboot, as the storylines continue but are fresh enough with new characters that kids can hop right into the film without a lot of knowledge. Compared to other kids’ animated films centered around toys, this is certainly above the rest. In terms of a My Little Pony production, however, it’s par for the course.