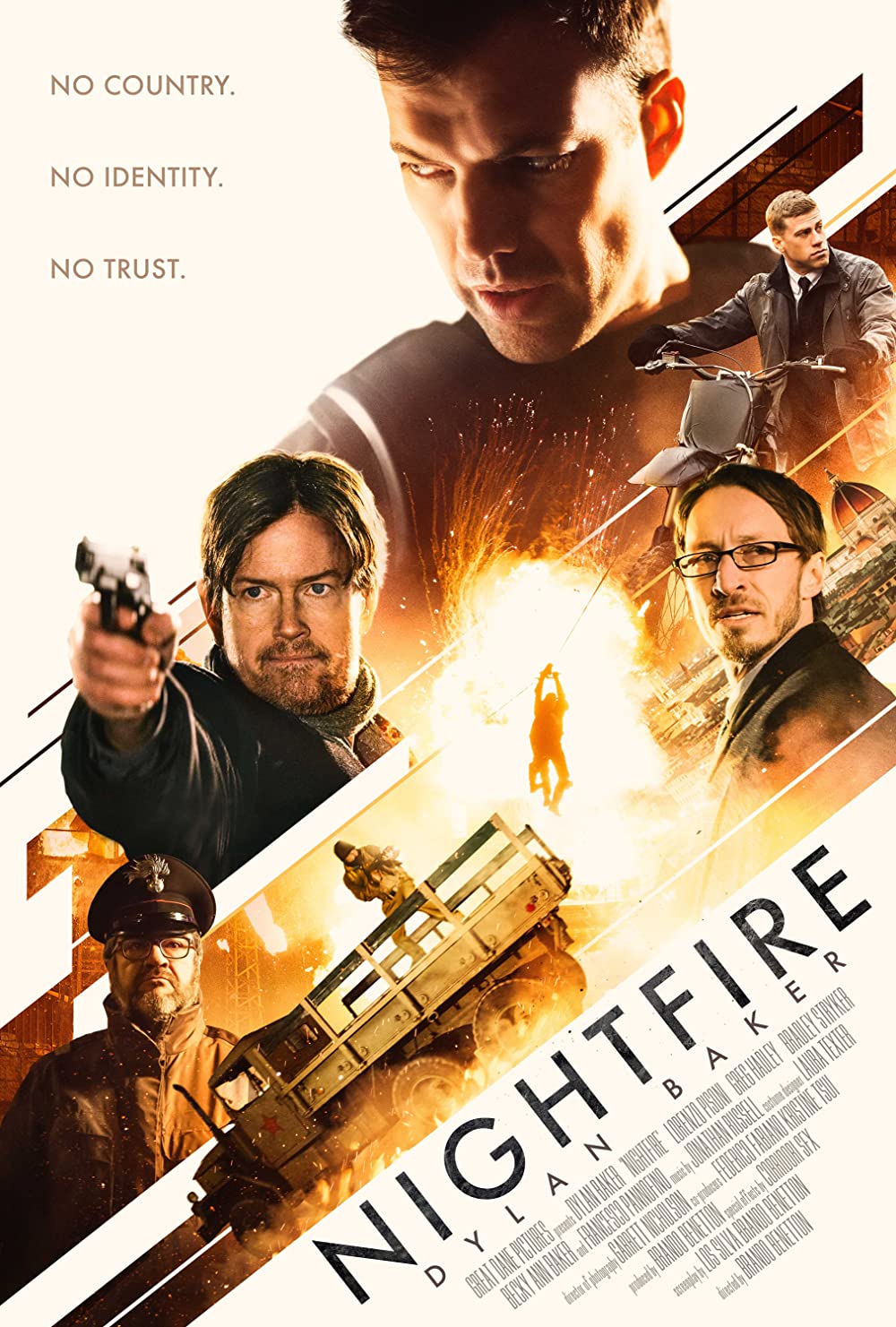 Nightfall is a surprisingly satisfying spy thriller, given how well it's assembled.

Nightfire feels like a boiled-down action thriller. It’s perfectly timed at under an hour and taps just enough into its political tale to never feel too mundane or linger longer than it should on its shootouts and car chases. It’d be so easy for a film like this to be a significant slog that it’s somewhat surprising how refined it appears. It’s enough to make one long for so many of these extended Tom Clany wannabes to lose a few pounds.

The story revolves around American agents retrieving valuable military data on a mission in Russian territory around the Ukrainian border. While retrieving this information in the enemy territory's heart, agents Carter and Ross save an Italian political prisoner who begs for their help. Having completed their mission, they report back to their superior, who assures them the prisoner will be protected and that their classified work is acceptable for being off the books. Of course, one of the agents can’t help but pry and soon finds out exactly what they stole. They also learn that the prisoner they freed is more than he appears, further complicating a messy situation involving greed and political corruption within a top-secret mission.

This type of spy thriller could effortlessly bore with many ho-hum dialogue exchanges about political loyalties and striking out against authority. Thankfully, great care is put into the filmmaking to make it feel like a more compelling action picture. It’s shot with solid lighting, well-timed editing for its many action bits, and decent enough actors who won’t distract too much with the standard lines they’re given. For a short film, it’s remarkable how good the action appears, making the twists and turns of assassinations and faked deaths all the more enticing.

Nightfall was made well before the issues of Russia further encroaching into Ukraine in 2022, but there’s a poignant nature to how this film portrays Ukraine’s dire situation for this narrative. A driving factor in the film’s ultimate goal involves doing what’s suitable for the Ukrainians instead of just writing them off as a lost cause. The moment the agents get word from their superior that the money they’ve stolen would do no good to the battered people of Ukraine, you know the film can only go one of two ways. Thankfully, the familiar and tired trope of American exceptionalism is not favored. We get a more inspiring message about giving the finger to the CIA and supporting the desperate people of Ukraine. While so many thrillers of international politics always tend to stumble and decay with their depictions over time, this film’s politics have aged like a fine wine.

Though the film is stunning for feeling competent and compelling, it’s not without flaws. Some action scenes feel routine and more like skirmishes than daring fights. The dialogue is just a few military and weapon references away from appearing like a snoozy Tom Clancy paperback. The running time works to the benefit of this picture, considering that it doesn’t linger too long on any of its by-the-numbers staging for this type of film.

Nightfall is a surprisingly satisfying spy thriller, given how well it's assembled. The action is excellent, the actors committed enough, the filmmaking very professional, and the politics are thankfully on point, even if they are a bit pie-in-the-sky. Where most big-budget spy thrillers tend to falter, this short film flourishes well.