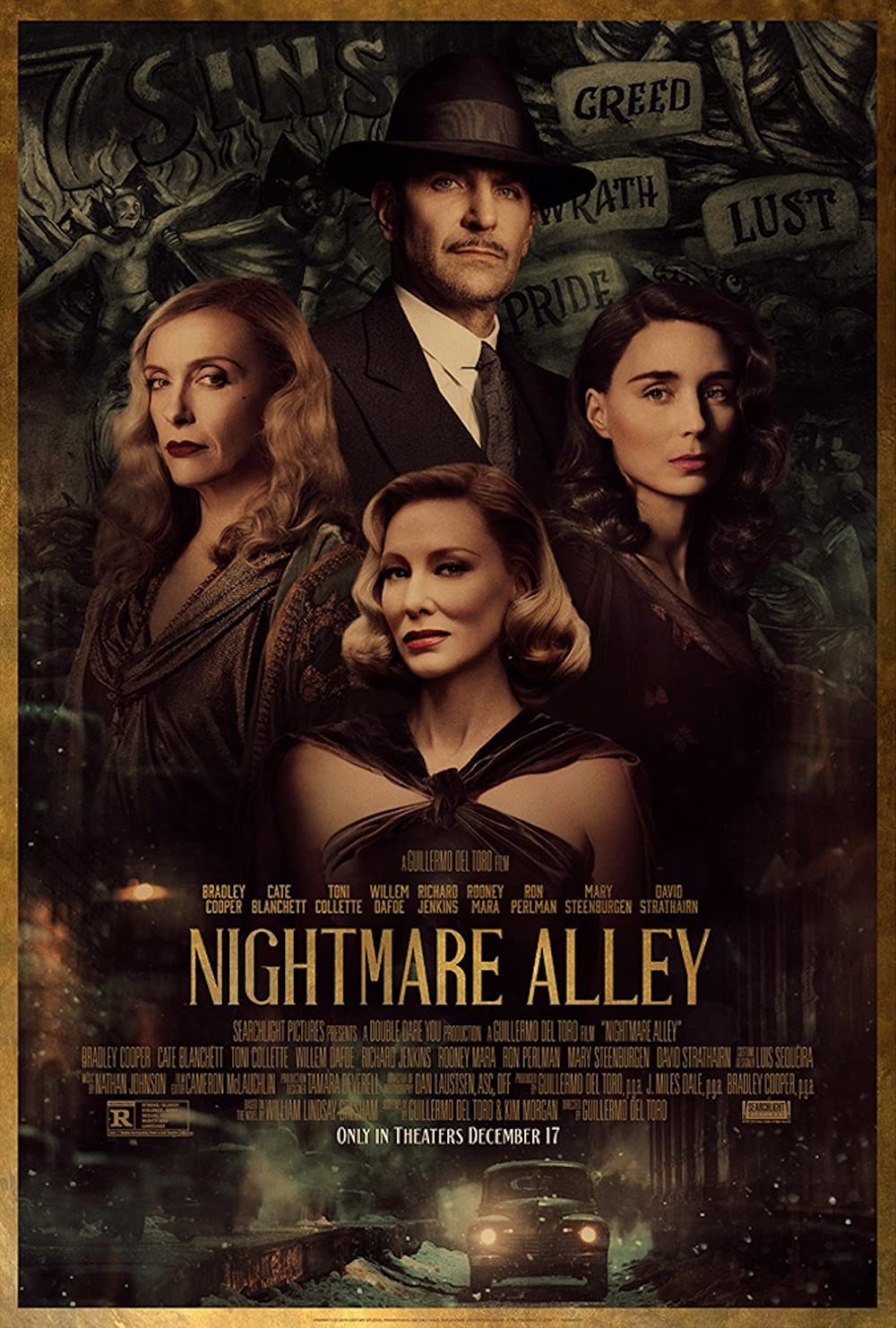 Nightmare Alley offers a few improvements on the original to make for a solid update. 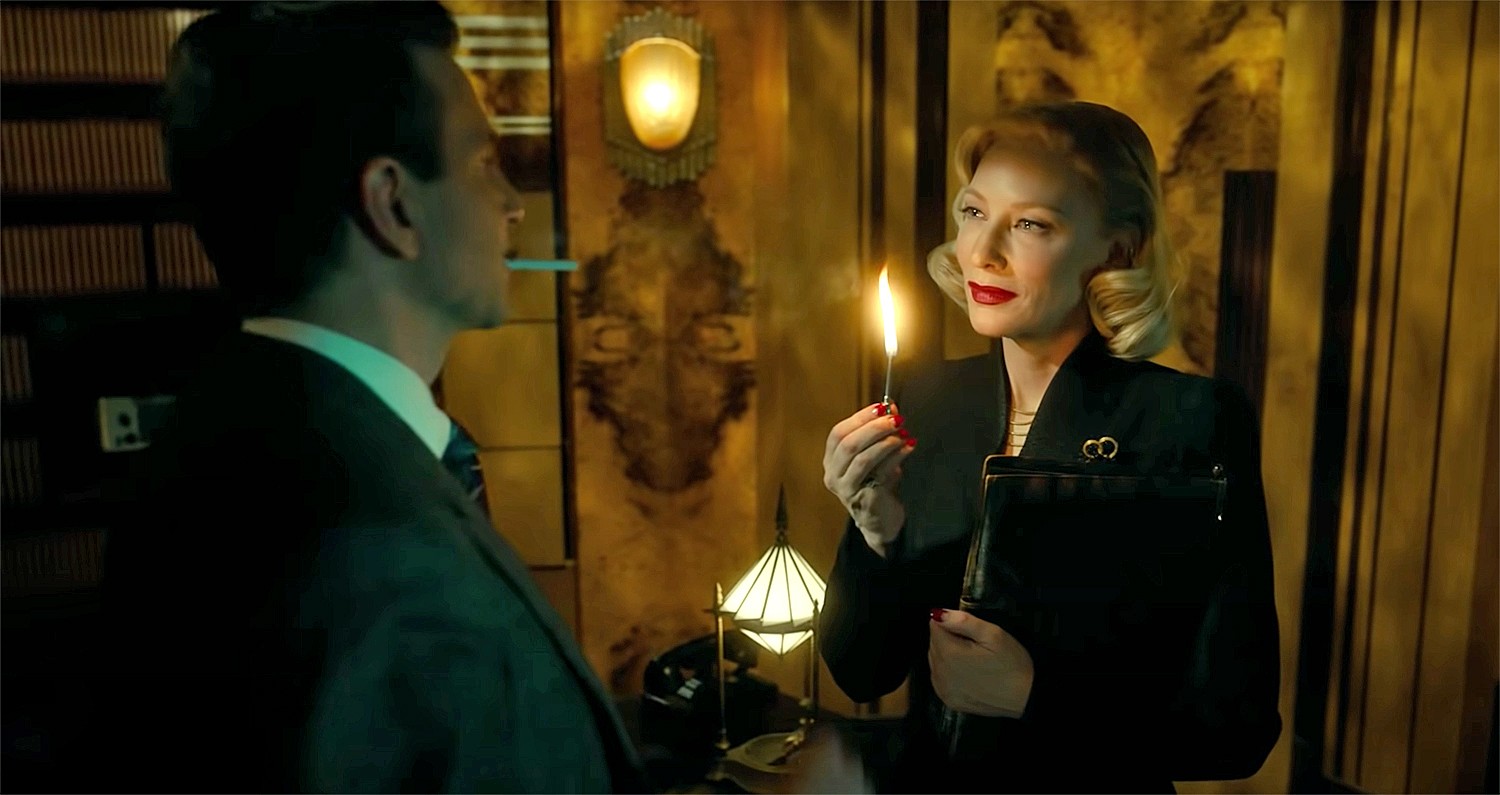 It seemed like an odd choice for director Guillermo del Toro to remake the noir classic Nightmare Alley. His filmography usually tends to favor the fantastical and supernatural, favoring everything from the campy urban fantasy of Hellboy to the darkly romantic monster movie of The Shape of Water. Despite the title, Nightmare Alley doesn’t deal in fantasy but it does try to sell it as a picture all about deception. His film doesn’t exactly rewrite the original but it does give it some more style and extra grit.

The film is still set in the late 1930s and concerns the life of the drifter Stan Carlisle, played in this version by Bradley Cooper. His drifting leads him to a traveling carnival where he takes in the many attractions. There’s a geek show where someone bites the heads off chickens (and, yes, you will actually see that happen in this movie) as well as a clairvoyant act with the psychic abilities of Zeena Krumbein (Toni Collette). Intrigued, he befriends the carnival runner of Clem (Willem Dafoe) and gets a job helping out with the cold-reading part of the carnival.

The more that Stan becomes involved, the more he figures that he could strike out on his own and make for more than just a carnival act. After all, if he could talk down the local police that tries to shut down the carnival with his cold-reading techniques, maybe he could use that same smooth-talking in a room of rich folks. He soon woos the performer of Molly (Willem Rooney Mara) to divulge some secrets after he helps her out with some elaborate acts involving electricity to really send a chill through the audience. It is only after a tragic death that Stan is able to convince Molly to run away with him and take their act to swanky nightclubs.

The original Nightmare Alley film was pretty dark but Guillermo’s remake amps up most of the darker elements as well as the fantastical. The real charm of the picture is in the production design. Everything from the dusty carnival interiors to the brightly-lit clubs evokes the era in a rather striking way. There’s a sense of dread that feels more looming in everything from the grotesque displays of chickens getting their heads ripped off to the vulgar profanity when the characters grow more agitated. Consider one of the most intense scenes from the original where Stan and Molly attempt to deceive a rich man out of his money by faking the ghost of his dead wife. Molly, unable to keep up such a cruel act, spills the beans. In the original, the rich guy flees to testify. In this version, he cusses out the scammers with fury in his voice and is then killed in a most violent way.

These moments of shock surprisingly work well with the material to showcase one man’s descent into madness through a con game that he can’t control. Deception can only go so far before you’re found out or it bites you back and both occur with gusto in this picture. I also loved how the aspects we don’t see create a much different tone. Consider the ending of the original where Stan flees to the circus and works as a geek until he and Molly find each other and embrace before the credits roll. There’s no such comfort in this film, cutting off right at the point where Stan accepts his role as a geek, a job he feels so suited for that he laughs bitterly about it.

Nightmare Alley offers a few improvements on the original to make for a solid update. The casting is fantastic with such strong additions as Cate Blanchett and Richard Jenkins. The look of the film is amazing, where the carnival feels more like a surreal cavalcade of a shock than a rinky-dink operation. While this certainly isn’t one of the better films by Guillermo del Toro, especially when considering he’s merely remaking a classic, it is one that still holds just as much attention for focusing more on the darker psychological elements of the classic noir pictures. There’s a real love for such pictures that definitely comes across in such a film as this, acting as a love letter with some horror touches of the director’s own trademarks.