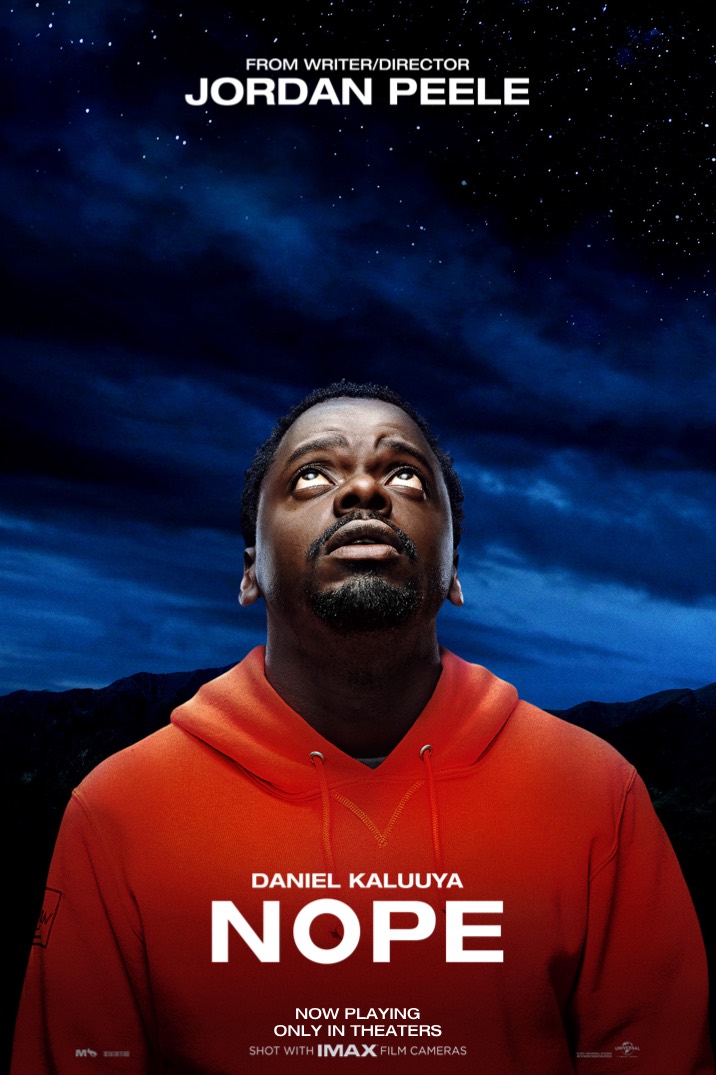 Nope may be one of the best films about blood-thirsty aliens of the 21st century. 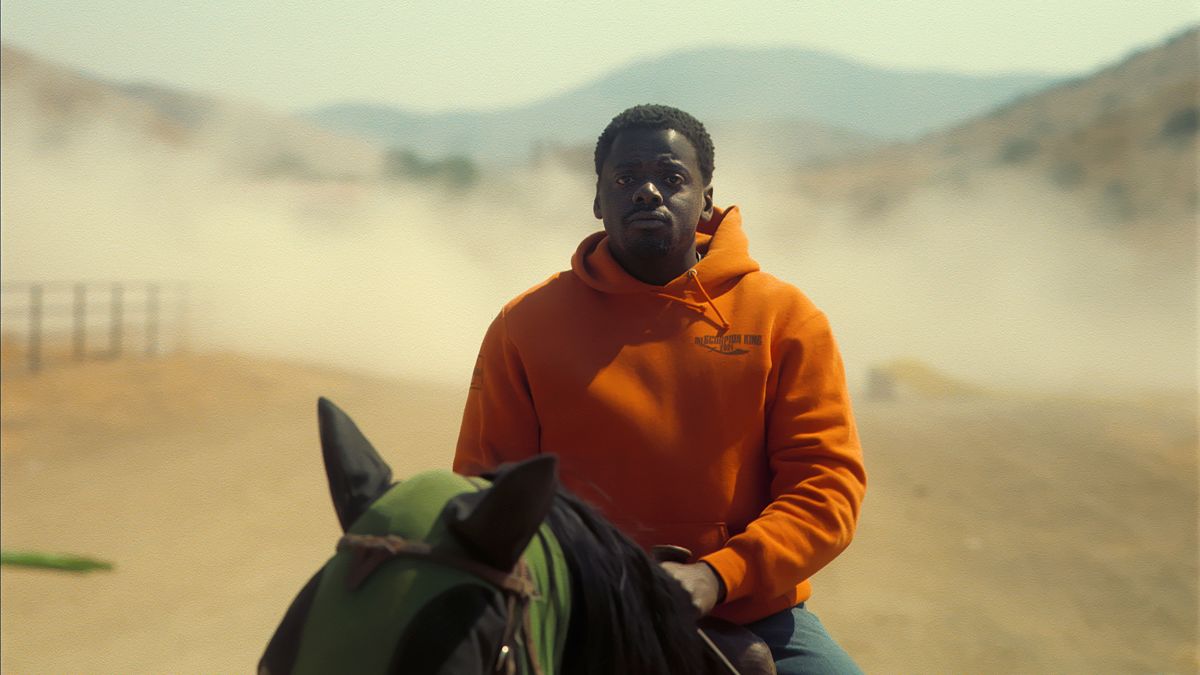 Jordan Peele continues his emerging filmography of trippy and poignant horror with Nope, perhaps going further into the surreal than his other pictures. It helps that he steers further into sci-fi territory by making his third film about aliens in the sky. But Peele doesn’t settle for making his creepy creatures that loom over us as simple to define as his other villains. There’s a bigger scale to just about every aspect of this film, from the sprawling desert setting to the very size of the great evil for this story.

OJ Haywood (Daniel Kaluuya) runs a ranch of Hollywood horses. Though his father (Keith David) ran the ranch with solid success, it has fallen on hard times. OJ, remaining restrained and quiet, struggles to find media work for his stock of horses. If he can’t, he’ll have to sell more of the horses and he’s still hoping to buy back the ones he has sold off already. It’s too bad he doesn’t have much luck when working with his troublesome sister Emerald (Keke Palmer). She’d much rather push her other talents into the faces of producers than help OJ rent out his horses for movies, television, and commercials.

Something is amiss on the ranch. Horses keep disappearing and being sucked up into the sky by some mysterious force. A dark shadow looms over OJ and his ranch, offering mere glimpses of something mysterious. For Emerald, she knows exactly what this is. It’s a UFO and she’s aiming to get the perfect shot for bigger proof of life beyond the stars. Despite how wild it seems, OJ realizes finding this evidence might be good for the ranch in terms of becoming famous and solving the mystery of his missing horses. They set up bait with a fake horse and install cameras to capture the UFO, thanks to the electronics employee Angel (Brandon Perea) with too much time on his hands and a lot of Ancient Aliens on his watchlist.

Naturally, these seekers of the truth are not ready for what they unearth. The UFO they discover is more unpredictable and otherworldly than what they’ve been led to believe by television. Attaining proof also turns out to be harder than they thought, leading to them tapping legendary cinematographer Antlers Hoist (Michael Wincott) to help them out. Antlers represent a grizzled and weary sensation of desiring a great shot. He becomes so enraptured with this desire to denude the unknown that it may become his undoing in a manner that he has more or less counted on.

There are a lot of heavy themes this film taps into but one of the most prominent is the concept of control. In the same way that OJ tries to control his horses, he wants to control this UFO from the skies. However, those who don’t learn from taming the wild or try to understand it are doomed to a dark fate. This aspect of control being a failure is better highlighted with the child actor turned rodeo runner Ricky (Steven Yeun). He was once on a TV show where he witnessed an animal character become violent amid control. So when he learns of a UFO in the skies, he may not learn from trying to understand different creatures.

In terms of how the film looks, it’s stunning. Peele has really outdone himself with the direction of both the vast landscapes of a California desert and the towering presence of a UFO that is far more than a flying saucer. Extra credit should be lavished upon Hoyte van Hoytema for the eye-popping cinematography, really pushing that mixing of the western genre into this concoction of horror and science fiction. I also have to admit how scary this film becomes more than Peele’s previous work. There’s just something about the slow build and the claustrophobic nature that proceeds which makes the film extra chilling and is sure to generate nightmares.

Nope may be one of the best films about blood-thirsty aliens of the 21st century. It finds far more than abductions and probes to frighten its audience, embracing a grander contemplation on the desires of the viewers and the demands for taming the wild. One might say this makes Peele a bit of a Stanley Kubrick with his filmmaking but that may be simplifying him too much. Peele is just in a league all his own and Nope pretty much solidifies him as a filmmaker with a style all his own.