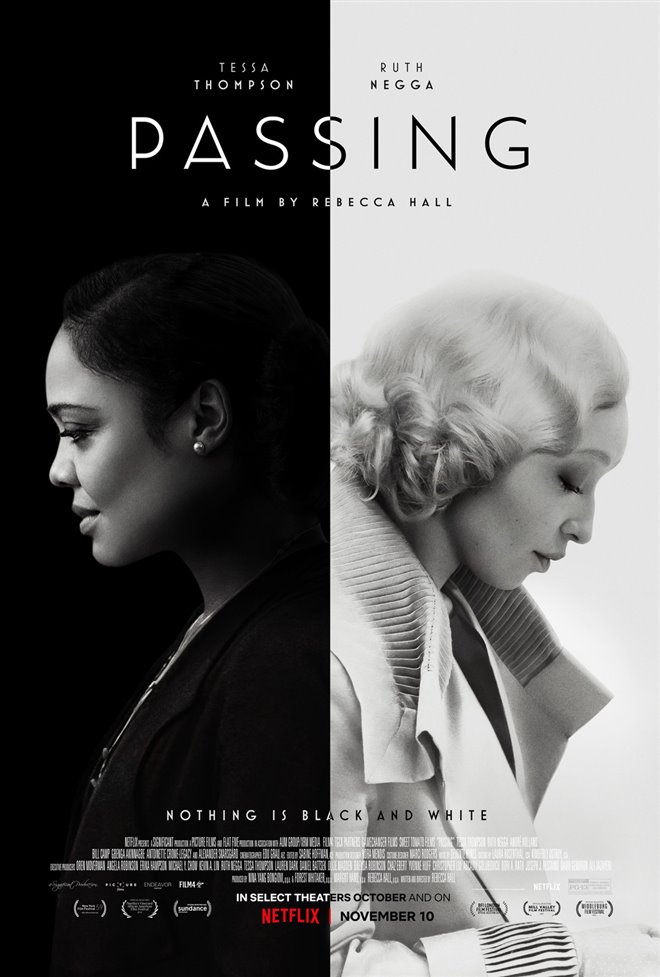 Passing is an astonishing directorial debut by Rebecca Hall. 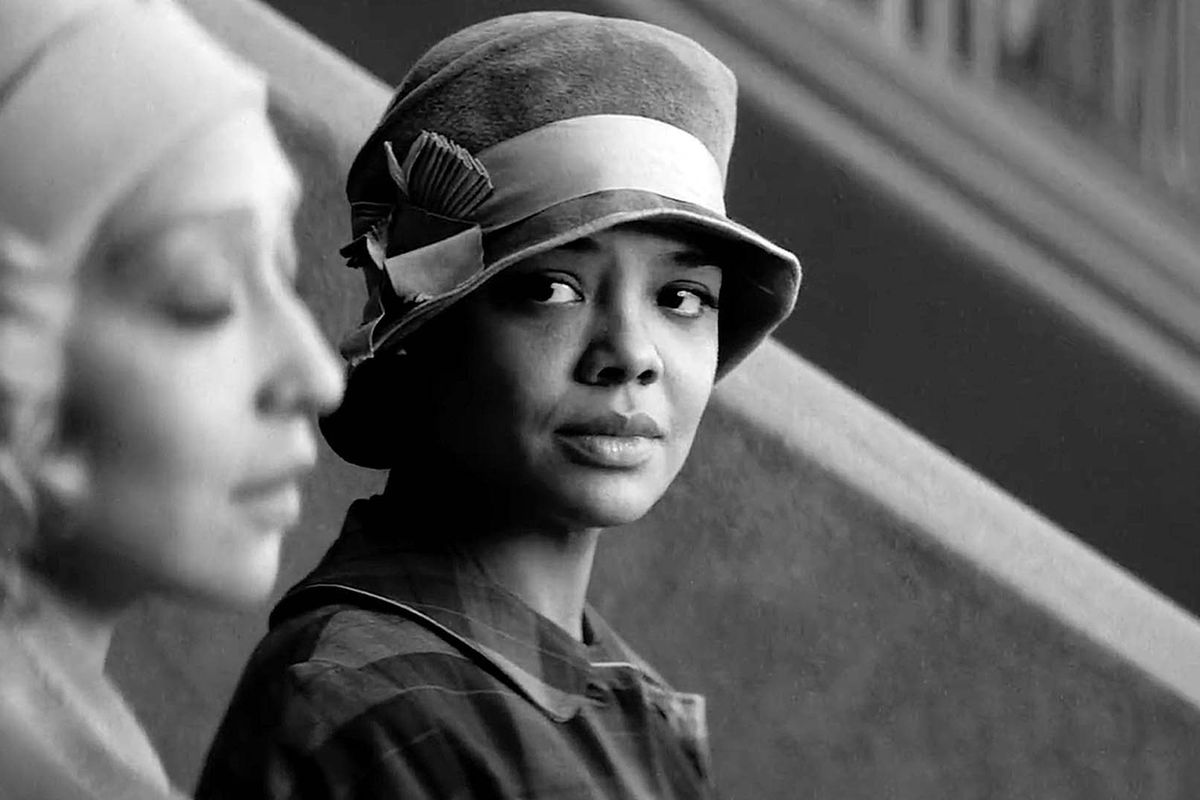 Based on a classic story, Passing is a picture about the blurring of race. It takes place in 1920s New York and follows a handful of characters who are black that can pass for white. Filmed in black and white, the distinction is tougher for the audience who wants to focus on the color. With the color nonexistent in a sea of gray, the arbitrary nature of racism becomes all the more apparent.

Irene Redfield (Tessa Thompson) is a black woman who can pass for white in the 1920s. She walks out of Harlem and into a New York toy store with nary a fuss from the white customers or employees. She’s cautious though. She keeps her head hidden under her hat and tries not to maintain eye contact for too long. Her adventures across town, however, attract her old friend Clare Bellew (Ruth Negga). Clare is also light-skinned and has apparently perfected the art of looking white so easily that she’s been able to convince John Bellew (Alexander Skarsgård), a white man, to be her husband. She introduces Irene and is terrified by the man she shares a life with. Getting straight to the point, Irene asks John curiously if he’s racist against black people. John goes the extra mile and says with a cynical smile that he hates them.

The two connect and find themselves struggling to live two lives. Clare mentions that she truly misses elements of black culture that she hides and denies, eager to slip away to a party of black people and not be bound by white society. Irene, however, has a more complex problem. Her husband, Brian (André Holland), is more keenly aware of the racist world they occupy and doesn’t try to hide it from his children. He tells his oldest son about the lynchings that occurred down South and Irene finds herself awkwardly trying to steer the conversation away from such admissions. She has a dwindling hope that she can protect her kids from the world the same way she conceals her African-American roots. As time passes, however, she realizes that it is a dream that will never come true. Sooner or later, her kids will have to learn the truth; they are black and they exist in a country that is racist towards them.

There’s a quiet tension present throughout Passing, where the somber jazz soundtrack poses itself almost as a juxtaposition for the fear of being discovered. All it takes is one glance in public for someone to note that Irene and Clare are not white. It’s a fear they always carry but one that wanes as more time passes. At one point, Clare becomes so disillusioned with her secret that she displays little care for being revealed. She may even be hoping for it as a means of feeling free for the first time in a long while. What she doesn’t count on, however, is just how grave a mistake such an admission could be.

Passing manages to be more than just a racial drama given the personal conflicts of the central women. The relationship between Irene and Brian, for example, has plenty of conflicts. Irene is the breadwinner of the family and Brian finds this insulting. Due to his uncomfortable nature with such a marriage, he finds his eyes gazing towards Clare. Irene can feel his lingering gaze, almost baiting him into pursuing just to see if he’d be willing to break their marriage. In another sense, it’s understandable why Clare would want to go with Brian with her longing to be among her people. It’s a messy situation that is complicated by a society that doesn’t want to accept a harmony of races and genders.

Passing is an astonishing directorial debut by Rebecca Hall. It’s a film that manages to touch upon some lingering issues of the past that hit especially hard today. It’s immaculately shot and features some strong performances from a top-notch cast. There’s an immediacy and delicate nature to a drama that has a bitter resolution about the world we live in, where others are judged by the color of their skin, and the mere divergence from the norm is viewed with vitriol from a sad world of bigotry. This is one of the finest films of the year that shouldn’t be missed.