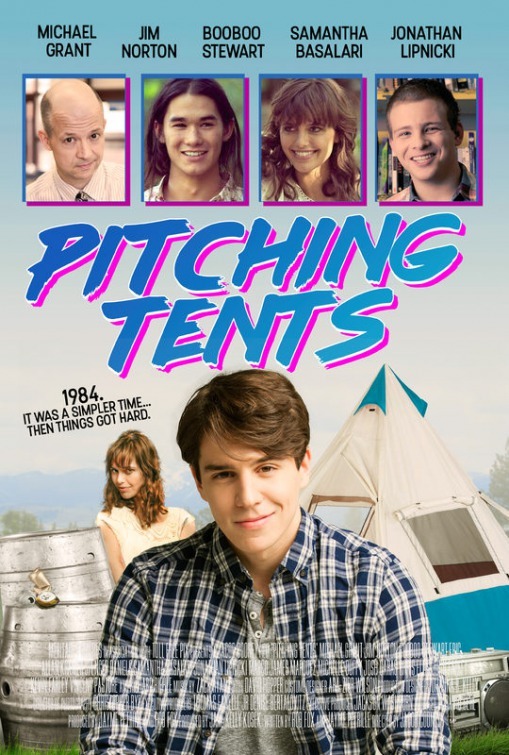 Pitching Tents could easily be confused with a forgotten teen comedy of the 1980s. 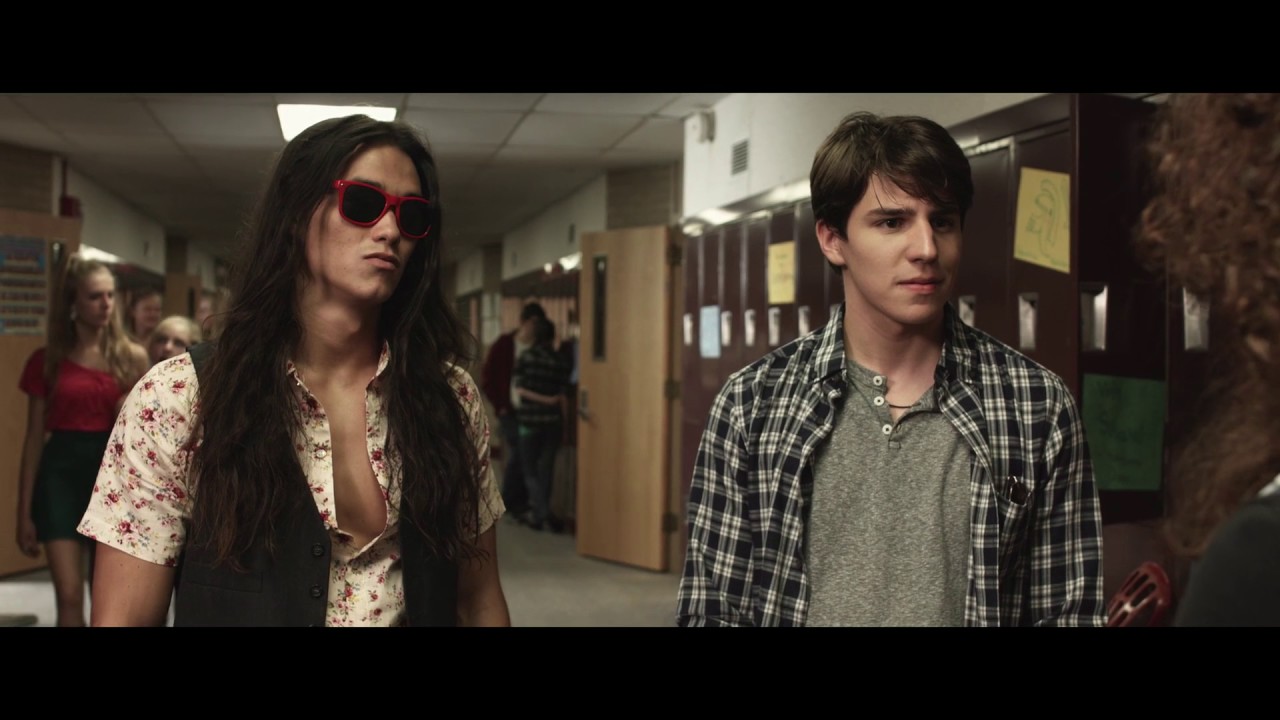 Pitching Tents is a comedy that takes place in a 1984 working-class town. It doesn’t so much feel like an apt representation of that time and place but more like a hazy recollection of moments or a slew of cliches from the 80s. It fluctuates between being a coming-of-age tale of teenagers finding their place and a smorgasbord of 1980s teen comedies loaded with sex, drugs, booze, and partying. For being posed more like a pastiche of retro wonderment, the film comes off more dated than it intended, especially given the influx of 80s retro-chic that should hold such films to higher standards.

The movie’s setting portrays a community so Midwest that the most exciting thing to do is fish. A group of high school teenagers tries to find some fun when they realize they don’t have much of a future. Danny, in particular, has dreams of artistry but his family is really hoping he’ll just work at the local factory like his father. Frustrated, Danny blows off some steam by joining his buddies in the woods for the ultimate woodland party. There is fishing, drinking, skinny dipping, and perhaps even having some sex as Danny tries to find himself.

Meanwhile, egotistical adults seek out Danny in a manner that portrays them as fools, the biggest hot-head among them a guidance counselor played by Jim Norton in a surprisingly restrained performance for the vocal and vicious comedian. Danny’s father also wants to find his boy for some discipline and life lessons but his fatherly influences seem so mundane and passive that it’s hard to feel much of anything for this average factory worker with an average outlook on life.

The whole experience feels like a stiffer and more staged take on Dazed and Confused, featuring a smattering of silly scenes that don’t amount to much. Despite the devotion to the replication of the era and a decent dose of charisma in the leads, so much of the comedy falls flat on its face. Characters either speak with frank motivations or C-minus jokes of party-animal teenagers. This results in a film that certainly comes closer to replicating a certain type of 1980s comedy. It’s not the rebellious style present in Ferris Bueller’s Day Off or the sex-crazed lunacy of Porky’s. There are a few dated politically incorrect pieces of dialogue where characters call each other homophobic insults or use ableist language but it never comes off as condemnation through satire or vocal xenophobia through insistence. It just feels like nothing at best and normalization at its worst.

The low budget and dwindling ideas are certainly present as the film staggers to cross its 90-minute finish line. There is so much meandering in this comedy that ultimately leads nowhere. It’s not the good kind of meandering that Richard Linklater mastered so well because nothing about this film feels natural. Everything is shot with a sense of labeling this scene as being emotional about teens growing up and this scene being a funny weed/beer/sex joke. None of it really works and even the 1980s referencing is so low that it makes one wonder why this film couldn’t take place today. Would smartphones be too hard to wrap into such a story?

Pitching Tents could easily be confused with a forgotten teen comedy of the 1980s. It’s a light premise with so little to offer that can’t be found in similar films. One might equate the favoring of the nostalgic to that of how Federico Fellini filmed Amarcord, a nostalgic story of a town that is more fanciful than his own upbringing. The difference was that Fellini found a dreamlike wonderment of memories that threw the audience into a whole new world. Pitching Tents throws the audience into a rusty version of the familiar.