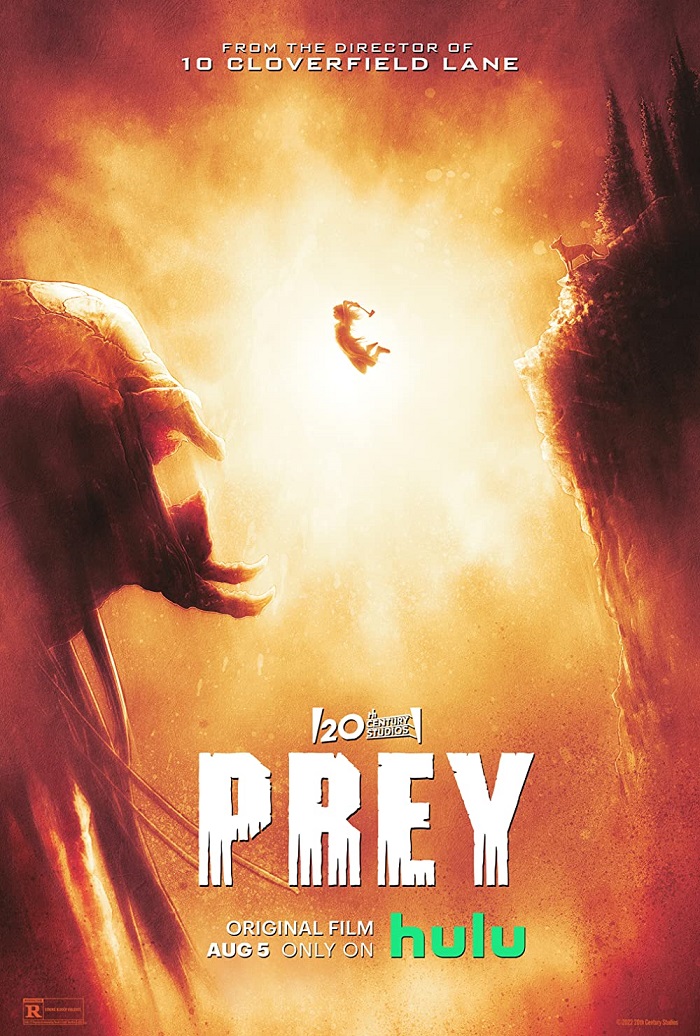 Prey is one of the Predator movies in a franchise that hasn’t felt this great in a long time. 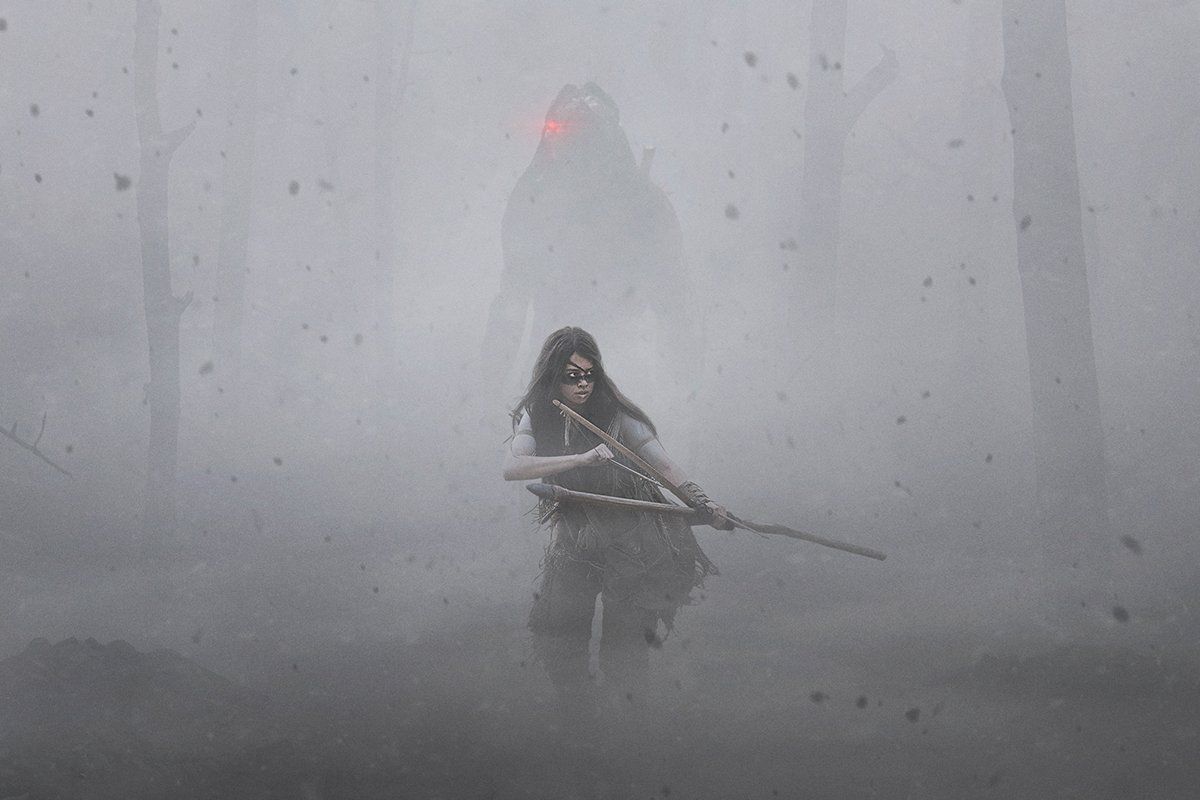 The Predator film series gets a gritty dose of rejuvenation with Prey. Here is a film that takes Predator back to its roots, building up the mystery of an alien creature hunting in the woods. At the same time, it also mixes up the appeal by setting the story in 1700s North America among a Commanche tribe. It’s a fascinating premise that is perfectly suited for one heck of a Predator picture.

Naru (Amber Midthunder) is a member of the Comanche tribe. She has studied medicine but also aims to be a warrior. She has trained just as much with an ax and arrow as she has with techniques for chilling blood. Despite all of this, she is still looked down upon by her tribe which is hoping she’ll stay in her place. Her brother, Taabe (Dakota Beavers), has confidence in her but still doubts she’ll ever be a skilled hunter. Aiming to prove herself, Naru desires an opportunity to defend her tribe and showcase how much of a leader she can be in a tough situation.

Luckily for Naru, there’s a new threat that just arrived in her neck of the woods. Unfortunately, it’s a Predator, an alien species that is all about hunting. One has arrived on Earth for some hunting of big game. With its cloaking device and advanced weaponry, the creature makes short work of attacking snakes and only takes a few minutes to combat a violent bear. The real prize for this creature is the humans. After all, the humans seem far more intelligent with their weapons that there may be a better fight to be had.

This scenario is great as it forces 1700s America to get crafty with killing such a threat. Audiences have become so used to showing the Predator as this unstoppable beast that even heavily-armed soldiers can’t bring him down. Now here’s a tougher scenario: someone like Naru has to use her many skills to defeat a seemingly unstoppable monster. It makes her quest to kill this alien and prove herself all the more satisfying with the build-up to the oh-so-satisfying brutal conclusion.

The film has a fairly simple script that leaves plenty of room for a fantastic atmosphere. The setting of the harsh woods has a great atmosphere of danger, where the Predator isn’t the only thing Naru and her tribe has to worry about. They’re more focused on the looming forces of bloodthirsty lions and discriminating French fur traders in their area. So when a deadly alien is also thrown into the mix, the intensity rises as Naru struggles to find a way to survive and protect her tribe.

Midthunder gives a remarkable performance as a badass warrior. She not only has a fierceness to her character but some great wit as well. She’s intelligent enough to comment back on the brashness of the men in her tribe when they make wrong calls. Watching her trying to save the cocky hunters who show little trust in her ability is a brilliant bit of heroism, despite how impossible of a situation she’s thrown into with the Predator. Count her among the likes of Ripley who could handle taking down an alien threat as the final girl.

The Predator himself is also pretty cool in this picture. I like the redesign which keeps the overall aesthetic but switches a few things up for a different time period. The Predator's helmet looks more like an animal skull despite having heat-seeking tech inside of it. His jaw is also much larger, looking as though it could swallow a cat whole. The Predator is mostly kept in the shadows as well, making his slow reveal far more threatening. Many of his kills are also a hoot, involving everything from sliced off limbs to ricocheting bullets

Prey is one of the Predator movies in a franchise that hasn’t felt this great in a long time. The setting is as robustly unique as the compelling story of proving your worth. It’s playful with the material yet gritty enough to appreciate it as a brutal action picture in its own right. Few horror franchise sequels/spin offs ever feel this fresh and Prey deserves a lot of credit for bringing new blood to a creature whose green blood has become less potent over time.