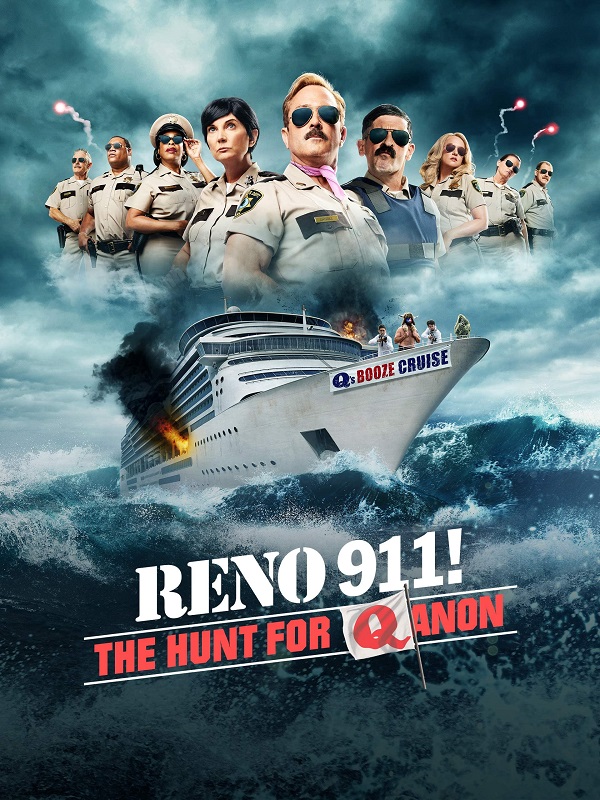 Reno 911 still has some laughs in it but they’re starting to show as many wrinkles as the cast. 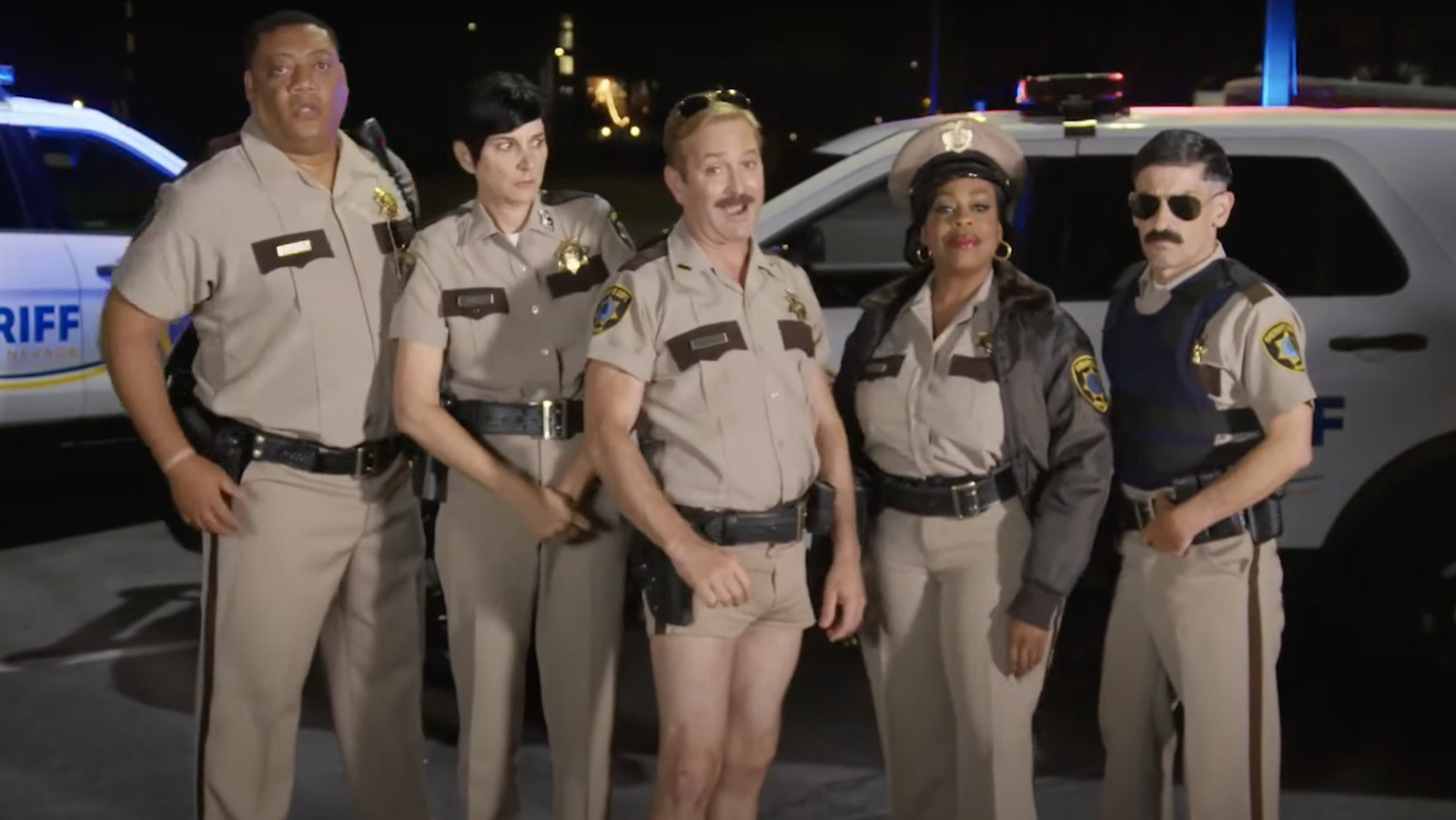 Reno 911 is one of those comedy series that just keeps lingering and always feels a bit comforting with its familiar characters. The absurd police force of Reno, Nevada continues their pranks, missteps, and ridiculous accidents in the line of duty. Much like their previous film, they’re once more tasked with a dangerous situation as they become entwined in a twisty plot. For the most part, the formula holds up, even if the characters and the premise are showing their age in an attempt to keep this satirical premise going.

The opening sequence sets the tone well. Lieutenant Jim Dangle (Thomas Lennon) mounts his bike and becomes the victim of a balloon prank, sending him hovering over Reno. The rest of the force scramble to save him and slapstick humor ensues. We get more of the crazed mindset of Deputy Trudy (Kerri Kenney-Silver), the awkward straight man of Deputy Jones (Cedric Yarbrough), the weary Deputy Garcia (Carlos Alazraqui), the lusty Deputy Clementine (Wendi McLendon-Covey), the sassy Deputy Williams (Niecy Nash), the oblivious Deputy Junior (Robert Ben Garant), and many more. They’re all still in top form.

Once again, the underdogs find themselves struggling to rise up from the ranks. They get a big case thrown at them where they need to find and serve a subpoena to the elusive QAnon. The real-life QAnon is a mysterious online figure who posts conspiracy theories and inspired violence among the far-right, based on his cryptic postings on 4Chan and 8Chan. So, of course, that’s a big juicy target for satirizing.

The Reno police force decides to find Q by infiltrating a QAnon cruise where like-minded conspiracists and far-right weirdos congregate. The absent-minded ensemble stumbles in their investigation as they try to put on the face of people who are alt-right, anti-vax, and extremely conspiratorial. This is easier for some more than others.

There’s a handful of funny talents roped into the picture. Patton Oswalt plays a geeky possible target of Q whom Clementine attempts to woo and soon falls for his charm. Ru Paul plays the devilish mastermind behind the Q scheme who reveals an absurd logic for the conspiracies birthed online. Brian Posehn plays an undercover agent who blends in well with the bearded crowd of weirdos who can’t stop talking about the deep state and how Tom Hanks and Hillary Clinton eat babies.

The humor feels surprisingly timid this time around. While there are a handful of scenes that mock the QAnon movement with the cruelty it deserves, a lot of it is easy to fish in a barrel. For instance, there’s a parody of the QAnon Shaman in the form of a big, muscle-bound baddie in a buffalo headdress with the patriot warpaint. That’s a funny sight but don’t expect this character to be anything more than the mute brute. The climax also feels rather ho-hum with a series of exaggerated action moments on a secret island villain base, complete with a bomb that will detonate on a timer.

While the film isn’t pointy with that commentary, the characters still have some amusement. I particularly dug how Trudy stops taking her meds and hallucinates a rich gentleman she hits it off with. This leads to a great moment of a naked Trudy strewn about a buffet, believing herself to be posing for a nude portrait.

Reno 911 still has some laughs in it but they’re starting to show as many wrinkles as the cast. There may be a questioning of the cop satire of this series that can exist in the current age, especially considering that the show’s last attempt at a revival was on the dead and short-lived format of Quibi. The answer is yes but more with a shrug and an “I guess it can.” Reno 911 doesn’t have a whole lot to comment on with QAnon, the Covid-19 pandemic, or far-right politics aside from the easy gags but there are little nuggets of comedy gold tucked inside this ensemble special.