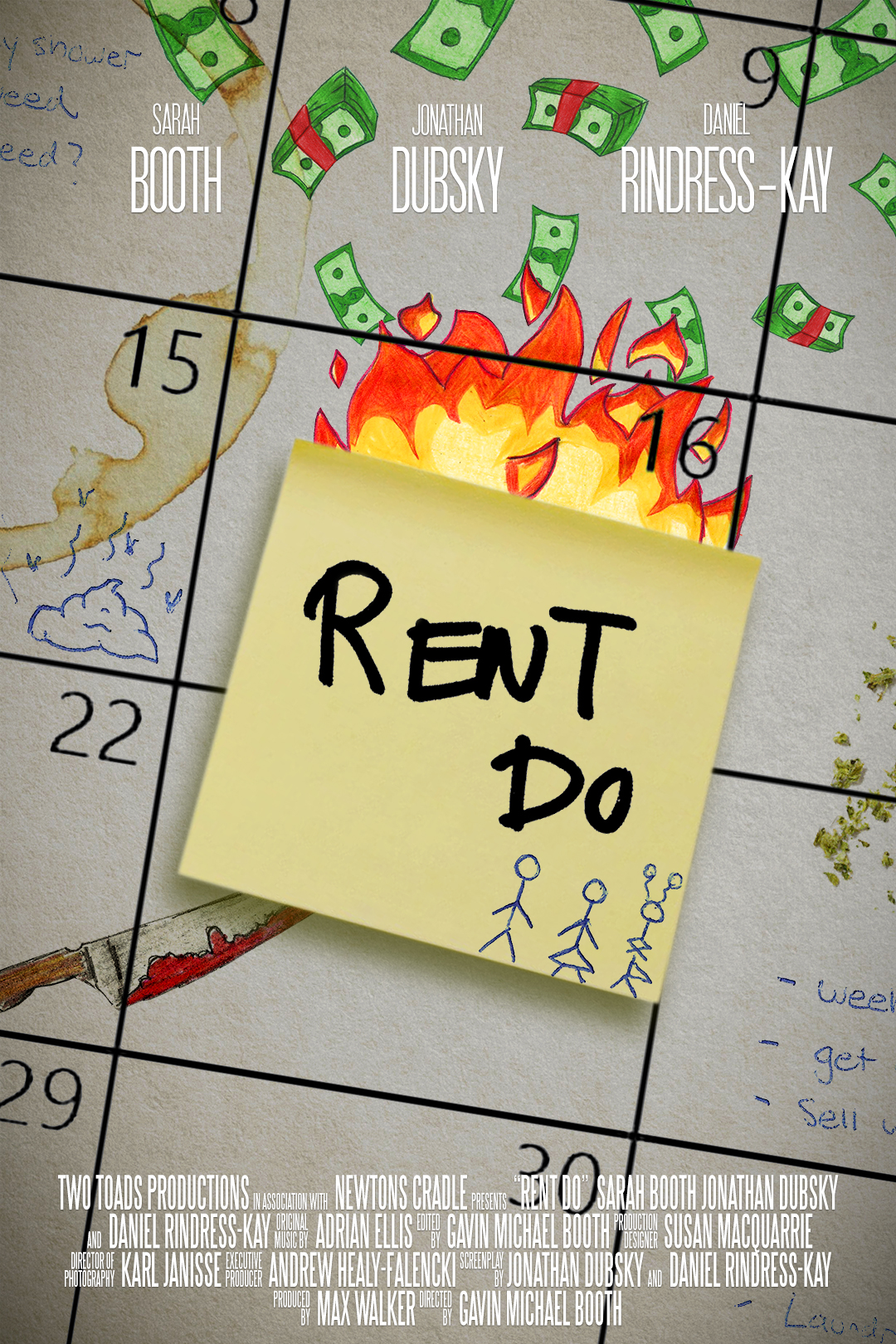 Rent Do isn’t the funniest of get-rich stories but it moves fast enough to appreciate its energy.

Rent Do plays in the same realm as It’s Always Sunny In Philadelphia as a satire of fools. It’s relatable for posing a common situation and funny for finding a desperate trio of roommates to find a way to make a lot of money real fast. Even though the whole get-rich-quick scheme within the subgenre of found-mob-money isn’t exactly the most original of story ideas, it’s delivered with just enough pep and wit to make it work here.

In the film’s tightly edited opening, Rich, Winnie, and Pete are shown getting ready for the day. They leave the house in various states, entering back into another workday. What they didn’t count on was this being their last day on the job. All of them are fired in the same fashion, not being worthy enough to meet a company’s demand. Thus, all three begin a feverish job search, trying to dress themselves up for any workplace that will accept them. Nothing takes.

When the trio finds themselves at their lowest, a miscommunication leads to Winnie robbing a convenience store. Now frantic about what to do next, they hide in their apartment hoping the authorities won’t come for them. As the days pass, they grow paranoid and threaten each other with knives. Given that they’re not very good with threats and schemes, their feud results in some comical sequences of babbling about combustion engines and accidentally stabbing each other. Cops come by and they stumble around trying to cover up the fact that they stole some money and tried to kill each other over it.

This premise could grow stale real quick but it works far better when placed in a 14-minute format. With this staging, it feels like a lot of the fat has been trimmed from this story. Even a TV episode would probably elongate this story longer than it needs to be. There’s even time for a great twist involving the mafia which results in the three nitwits being let off the hook only for a moment before karma catches up with them quickly. There’s also a decent bit of commentary in the post-credit scene of one of the roommates being cornered by the mafia. Rather than be scared at being targeted by a dangerous group, there’s a sense of relief and purpose for finally having a job. Sure, you’d be working with the mob, but, hey, beggars can’t be choosers when you need to pay rent.

Rent Do isn’t the funniest of get-rich stories but it moves fast enough to appreciate its energy. It’s edited remarkably well, the actors are in top form for delivering witty lines, and the film itself just looks good. It benefits greatly from being a short film squeezed into a tight running time that rarely wastes a moment of its running time. Even little asides of the roommates showering together and masturbating before work becomes quick gags that never outstay their welcome. It’s a sufficient comedy that manages to fit the bill as narrowly as the central characters manage to pay the rent on time.