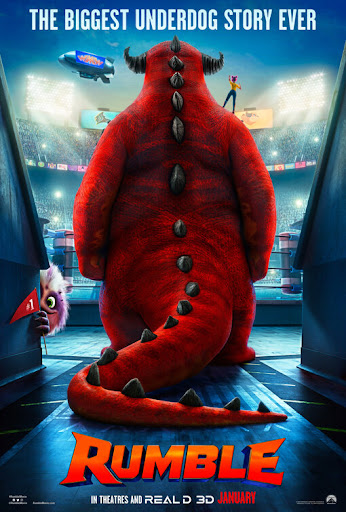 Rumble is so watered down as an animated picture I can’t even see WWE fanatics favoring it. 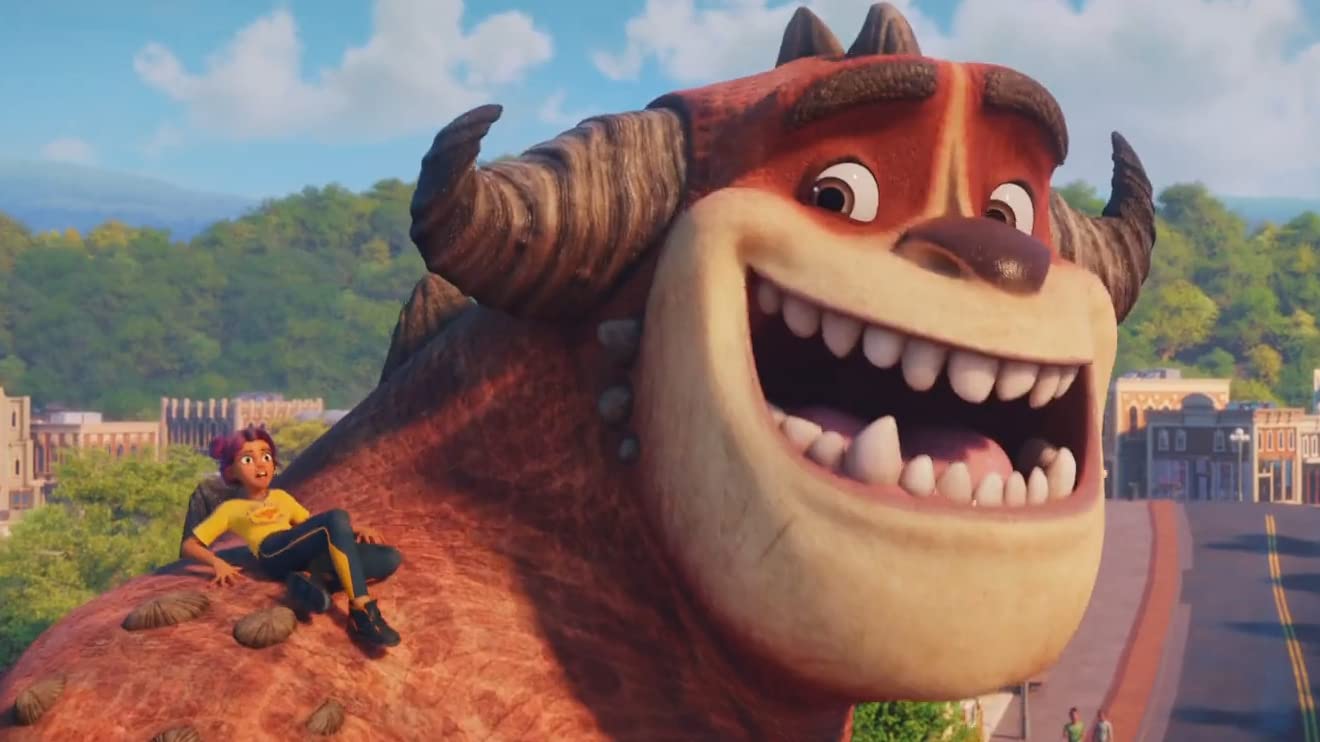 Rumble is an animated feature from the wrestling organization of WWE. From such a company, there are a few things we can expect. One, it will be about wrestling. Two, it won’t be critical of wrestling in terms of its organizing and questionable franchise management. And three, it won’t do a whole lot of playing with the WWE brand. The final result is an animated sports picture that offers little surprise or thrills, even for being about giant monsters.

The film takes place in a world where giant monsters are more of an attraction than a threat. The beef they have with other giant monsters is more a spectacle for arranged wrestling matches. It’s essentially this world’s version of football, considering cities rally behind their star attraction of a giant monster who can beat other towering titans. In the small town of Stoker, the local hero monster is Tentacular (Terry Crews), a bold and pompous creature who seems to be a cross between a shark and an octopus. His status in the ring has rallied the whole town behind him, including dumping ridiculous sums of cash into his promotion. All of that comes to a close, however, when Tentacular decides to ditch this town and sign a contract for a new area. Stoker is terrified of the descent in tourism and revenue this problem will bring.

The aspiring trainer of Winnie (Geraldine Viswanathan) decides to set out and find a new monster champion for her community of Stoker. She wants a champ but what she gets is the down-and-out Steve (Will Arnett), looking like a cross between a bear and a ram. Steve is only experienced in taking dives for money in underground fights so he may not be the best choice. However, Steve does have a history with a real wrestling champ. With enough training, perhaps he can become a wrestling legend just as much as his old man.

From there, the script pretty much writes itself. Steven slowly graduates from being the loser of a giant monster who can barely run a few blocks to a champion of the ring. There is an ounce of cleverness in how he gets to this point. Not desiring to wrestle, Steve fancies himself more of a dancer. He uses this obsession with dancing in the ring to great effect, though his wrestling tactics become debatable from the quirky commentators. Of course, he will face off against Tentacular is an underdog battle of the cocky and greedy fighter versus the loser monster who nobody believed him. Will he win or will the picture end Rocky-style where Steve learns more about himself than just being a winner? The choice seems obvious for this type of picture that really only aims for simplicities within its narrative.

Most of the jokes get tiresome. We get the usual blustering from Will Arnett as an unsure character and plenty of boasting from the always-eccentric Terry Crews. There are heaps of slapstick though rarely as clever. The only moment I found myself laughing was for the off-beat commentary of the monster/man duo announcing the fight. The human states that he’s hoping the fight lasts long so he won’t have to go home tonight. The monster, unsure how to process that information, says that’s a lot to unpack and lets it be. It’s a decent joke that lets your imagination fill in the rest. It would be great, however, if this film had more imagination to not just deliver on a by-the-numbers sports picture.

Rumble is so watered down as an animated picture I can’t even see WWE fanatics favoring it. There’s nothing all that clever present, the animation feels standard, and the script offers little more than an underdog story with little to no subversions. As likely as it would seem that the combination of wrestling and giant monsters would be a good combo, they don’t mix into much of anything for this tasteless animated film.