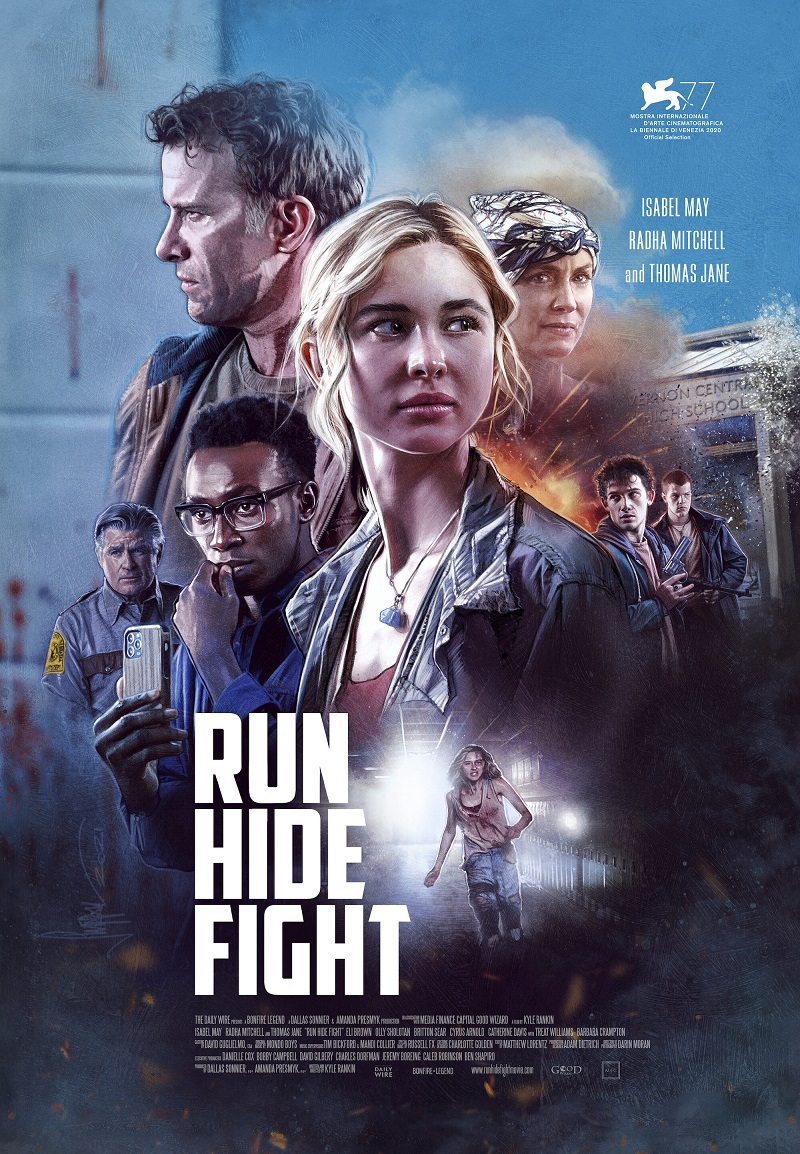 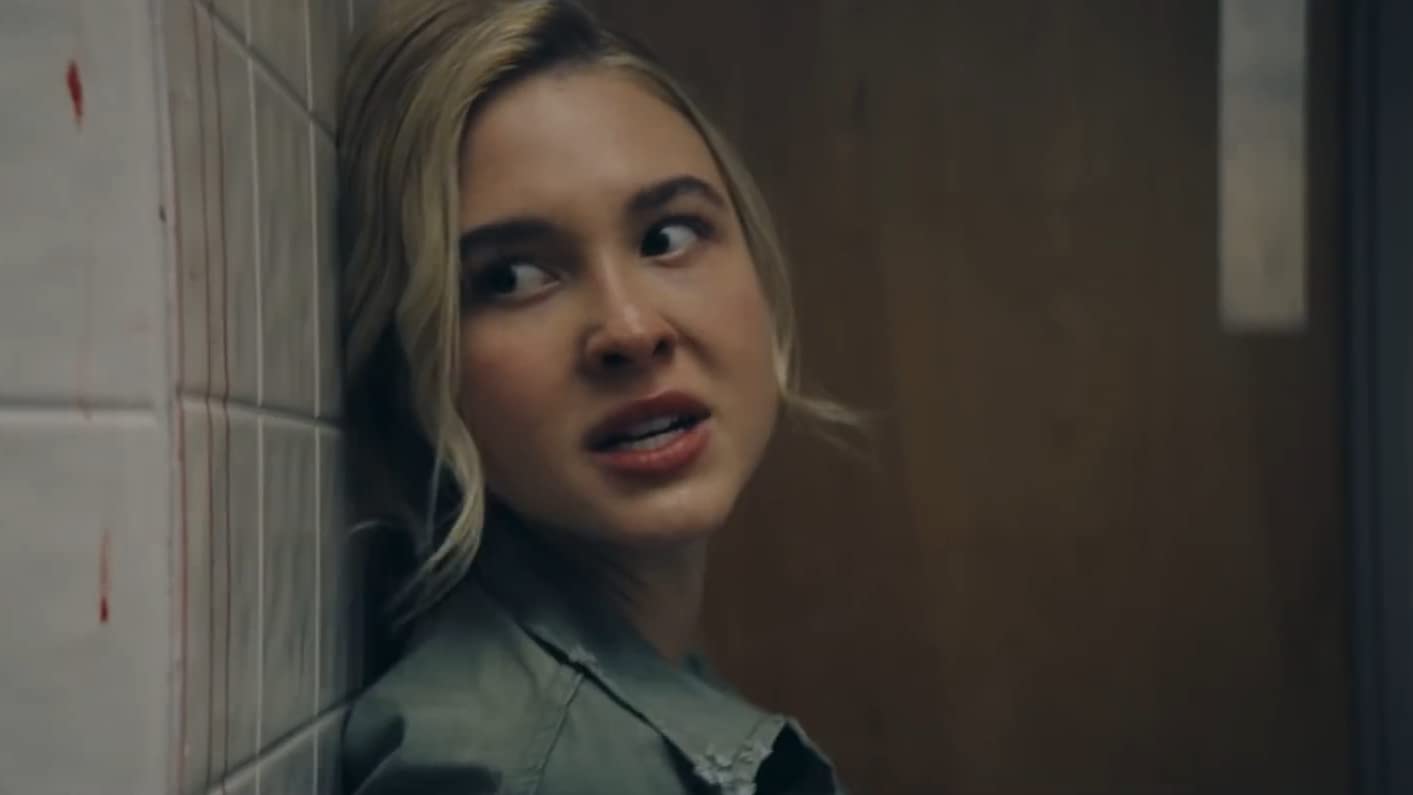 Run Hide Fight has been described by many as Die Hard in high school. That might be the easy way to describe it but it’s actually disingenuous to Die Hard. Everyone always thinks of any action film that takes place in an enclosed setting as “Die Hard in [insert movie’s setting here].” But this film doesn’t have the same energy, character dynamics, or even thrills as Die Hard. What it ultimately comes off as is an empty excuse for action in a high school while also making a rather gross argument for how students should be armed in the case of a school shooter.

The propaganda seems more vocal when considering how flat the characters are. The central hero of this story is the teenager Zoe (Isabel May). She hunts with her dad and is struggling to get over the death of her mother. She also has a crush on a boy at school but is too afraid to say anything. Maybe she needs a certain situation to get over both these issues. A school shooting might do the trick.

Zoe’s school comes under attack by a gang of teenage shooters. They plow into the lunchroom with a van and immediately proceed to shoot up the school. What exactly does this gang want? It’s uncertain. If they were just seeking to cause chaos and take revenge on a future they feel was denied, that’d be one thing. Yet the gang never makes many citations for their violence. We get a sense it might have something to do with bullying and online culture but never anything concrete. It was pretty clear in Die Hard what Hans Gruber wanted when he took over Nakatomi Plaza. We barely know what the villains of Run Hide Fight want.

Adhering to the title of the film, Zoe bides her time by concealing herself from the shooters and attacking when she can. Of course, Zoe cleans the school of all these shooters and gets her revenge. It’s a good thing she did all that hunting. Zoe even gets to have a cliche action ending where she follows the lead killer out of the school and guns him down. She gets to watch the shooter bleed out and feel really good that she brought justice to her school.

The film could almost be viewed as Death Wish Junior. It’s a film where the good guy with the gun is a solution to a common gun problem. For the filmmakers, school shootings can’t be resolved by gun reform or better mental health services. The only solution is to arm the students, which oddly enough has become a real talking point as mass shootings have increased in America to an absurd degree. It’s perhaps merciful that the film doesn’t go down the problematic route of giving the shooters any meaningful motivation.

Then again, everything in this film is underdeveloped. Not only do we not get to know much about the shooters, we don’t get to know much about anyone. So many characters lack development that we hardly care about whether or not they’ll survive. It’s like the polar opposite of a film like Elephant, the Gus Van Sant film that came out just a few years after the Columbine massacre. Elephant spent enough time with the characters that we get to see them as real people and care about whether or not they’ll make it out of the school alive. In Run Hide Fight, however, they’re mostly props. The film seems far less interested in what it says about school shootings and more concerned with staging cool action sequences. While the action looks sufficient, it comes with a massive caveat of being as underdeveloped as a Cannon movie, sans the over-the-top B-movie nature.

Run Hide Fight spends more time running from school shootings than addressing them. Perhaps it doesn’t want to, considering its biggest supporters think of it as escapist entertainment, which is bizarre and makes you question what world they live in where a school massacre is an escapism. What’s worth noting is that this film came from the disgraced Texas studio Cinestate, which had to rebrand itself heavily after the studio was accused of sexual harassment and coming to the defense of a filmmaker was found guilty of sexual misconduct. It’s no surprise that after such an ordeal the studio rebranded to work with a conservative news streaming service to host this film. But considering this film premiered at a festival before it went to streaming and received a rather ho-hum response, the greater theatrical market probably won’t feel cheated by never seeing Die Hard in a high school on the big screen.