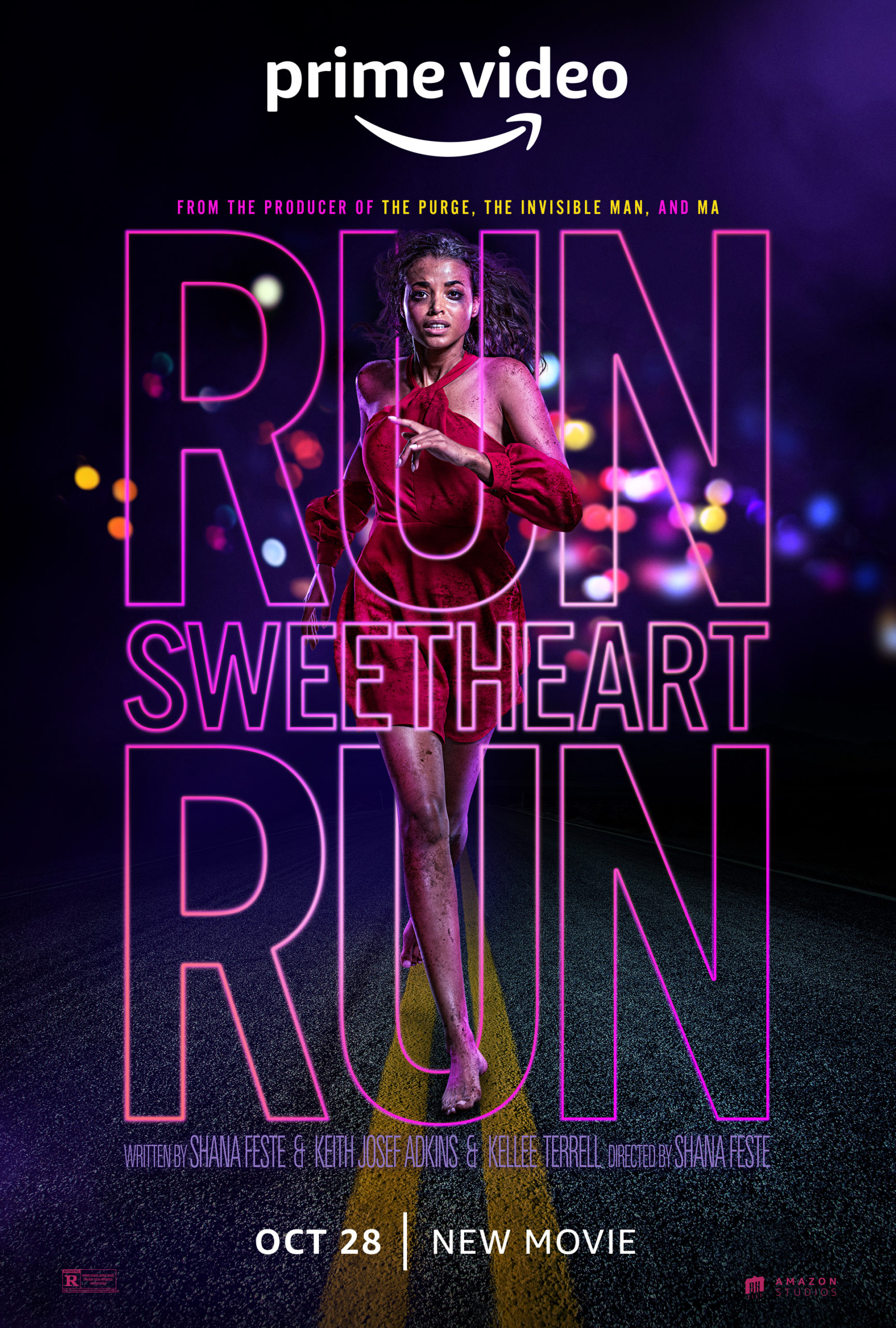 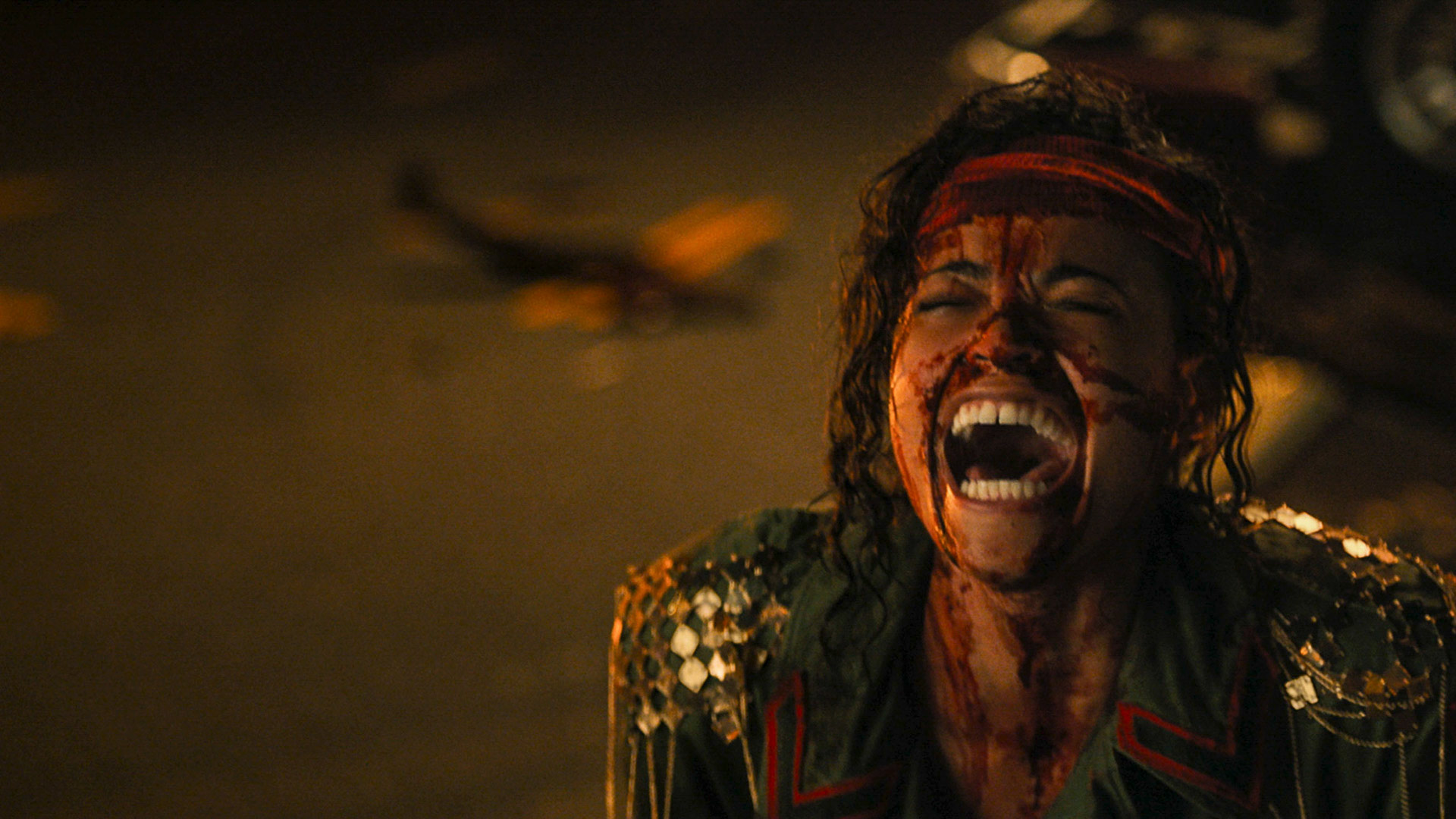 Run Sweetheart Run plays like a blunt hammer of a horror film. It wants to make a pointed commentary on the lingering oppression inherent in patriarchy and sound a rallying cry with a bullhorn. It wants to make itself known as a vicious feminist allegory that is unmistakable in the point it’s trying to make. While this doesn’t inherently make the movie great, it is refreshing to have a film that isn’t afraid to strike at the heart of a political issue.

Cherie (Ella Balinska) is the underdog hero of this story and is someone worth rooting for. She’s a young mother trying to distance herself from a bad relationship and working her way up the chain as a legal assistant. She works hard despite how little she is valued in an industry where it seems like women are not valued at all. It’s a relatable sensation of being overworked but hope you’ll make it someday. Sadly, all it takes is one bad day to bring everything crashing down.

That day occurs when Cherie is called up to take part in a last-minute dinner with the client Ethan (Pilou Asbæk). It seems creepy, but Ethan seems like a nice enough guy. The niceness soon fades when Ethan invites her back to his place. It’s not just that he’s an abuser or a rapist. No, it’s far worse than that. We don’t exactly see what happens to Cherie when she enters Ethan’s home, but we soon learn the rules of the game. Ethan is a hunter of women who seeks them out and consumes their flesh in a night of cat-and-mouse. It’s apparently a common ritual he’s been performing around Los Angeles with a common thread of hunting women on their period.

Cherie seeks help but finds little. The cops and pedestrians don’t believe the story of this roughed-up woman, figuring that either she’s on drugs or making up stories to deceive. Cherie’s friends seem like they would offer some help, especially since they’re willing to get into fights. But Ethan is incredibly brutal with how he fights back, making the prospect of fighting Ethan highly unlikely. It’s only once Cherie seeks out the previous victim known as the First Lady (Shohreh Aghdashloo) that a plan is formed on how to stop this unholy beast who hunts menstruating women at night.

This film doesn’t shy the least bit away from how women are unfairly targeted and the struggles of menstruation. Throughout the narrative is the constant concern that Cherie has no pads or tampons. At one point, she hocks her pricey watch in order to pay for some tampons. The message should be crystal clear by that point if it weren’t already. Even the staging of Ethan makes it clear that the men who target women are more brutish than they are cunning. In another clever scene, Cherie figures out that she can throw off Ethan’s scent by chucking her period blood on moving cars. Later, she’ll take advantage of Ethan’s inability to seduce women without forcing himself upon them.

The fast pacing and dark tone are genuinely exciting. True to its title, there are plenty of exciting chases, both on foot and in cars. The mounting deception and shocking deaths hit hard and fast. The dangers feel real and intense, where the brief pauses of titles with the word “Run” make for perfect punctuations leading into the next thrilling series of events. With such a breakneck style, the film thankfully never dwells too long on the readable allegory and keeps the audience engaged beyond the basics of realizing the corrupt system built by man and the way women struggle to fight within it. There’s also a wicked charm to how the origins of Ethan suggest that the world was once built by women but stolen by man.

Run Sweetheart Run exists as far more than just a bloodier version of Run Lola Run. It’s boldly confident in the feminist narrative it weaves as it is confident in the daring and quick-paced chase of wronged women and entitled men. As a bit of a side note, it’s also got some vicious grotesqueness in bits and chunks when leaning heavier into the horror angle. Not all the jokes or commentary hit as hard, but the overall tone is thrilling enough to overlook most of these issues. It’s not every movie where you see a woman outsmart a supernatural predator with her own period.