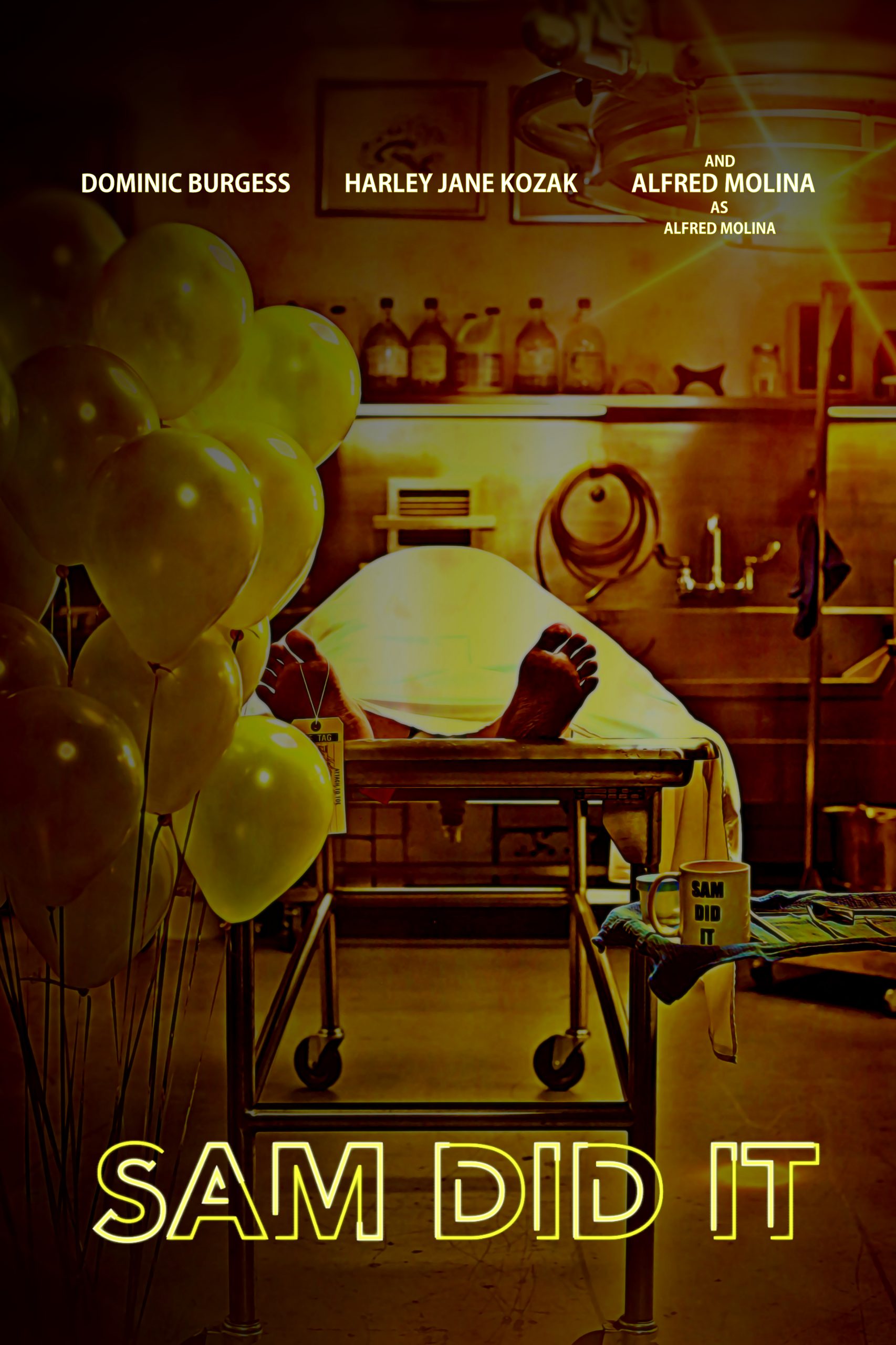 Sam Did It is a quick and quirky shot of autopsy absurdity with a celebrity seasoning. 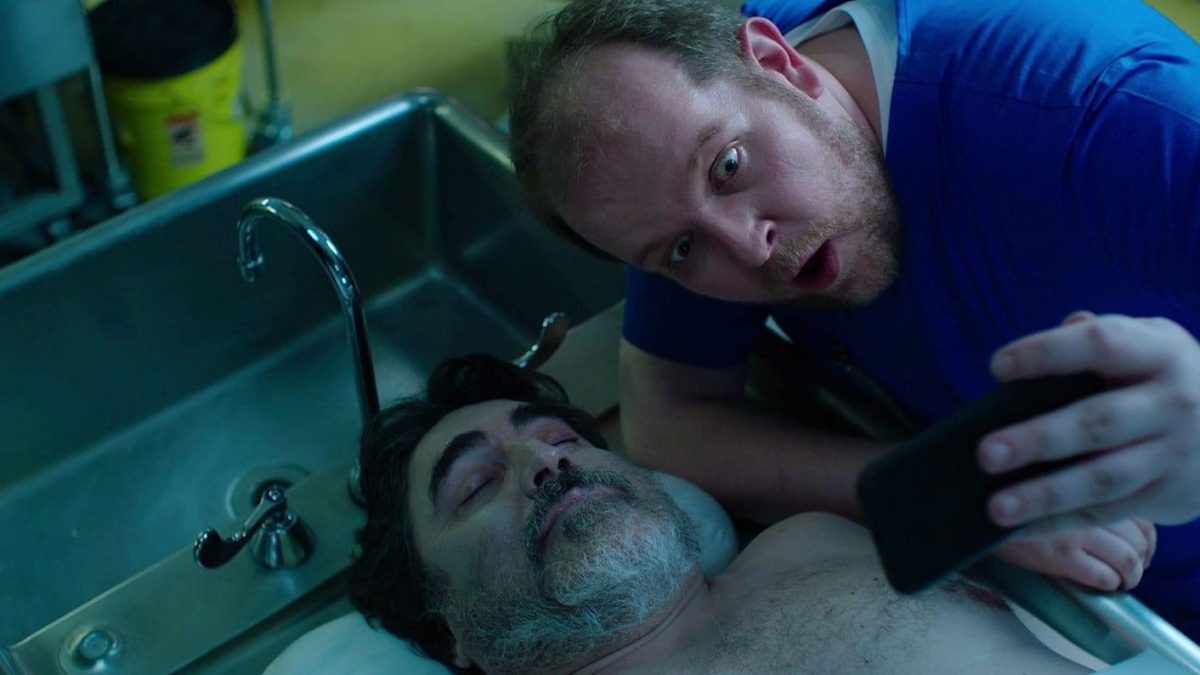 Sam Did It is a horror short with a brilliant concept: What if you met your favorite celebrity and they were dead? That’s exactly what happens to the eccentric and chipper Sam, a man who tries to find the golden moments in his job as a mortician. His latest autopsy turns out to be his ultimate hero: Alfred Molina, appearing in this film as himself.

Sam is overwhelmed with emotions when he pulls back the sheet to find Molina’s cold body. Naturally, he’s starstruck. He gushes to the decaying Molina about how much he’s loved the actor’s work. His enthusiasm seems so infectious you almost wish it would revive Molina, considering how excited Sam gets for referencing Spider-Man and Indiana Jones. Of course, all this lavishing of praise will do nothing to revive the dead.

As Sam slowly starts to realize what’s happening, he tries to come to terms with Molina’s death but in the weirdest ways. He’s sad, sure, but also a wee bit creepy with how he tries to fulfill his fantasies. He takes a selfie with his corpse which I can only assume he doesn’t intend to post on social media. He messes with Molina’s face to contort a smile in hopes of remembering the man he loved in a way he’d like to recall with joy. Sam even goes all Weekend at Bernie's on Alfred by dressing him up in clothes and just hanging with him on the autopsy table. It’s darkly comedic and cute at the same time.

One of the most hilarious bits features Sam daydreaming of how great it would be if Sam unwittingly saved Alfred. What if he nearly cut Alfred and the celebrity woke up from his death coma? There’s a golden-overlayed dream conjured of a grateful Molina not only congratulating Sam on saving his life but also gifting him a DVD of White Fang 2 and asking for Sam’s hand in marriage. Hey, dream big or don’t dream at all.

The ultimate punchline to all of this is so brilliant that I dare not spoil it here. It’s perhaps a bit cruel but it fits the tone of the short film that wants to find the funny in death. And, hey, sometimes that’s all you can do when facing your own mortality. Even though Sam doesn’t really save the day, it still feels as though he’s trying to praise his idol once more before cutting out his organs and sawing off his dead.

Sam Did It is a quick and quirky shot of autopsy absurdity with a celebrity seasoning. It uses Alfred Molina well and finds just the right notes of dark comedy to make this short as relatable as it is bizarre. It’s fun stuff for a film that’s all about finding your favorite celebrity dead on a table with you being the one who has to cut him up.