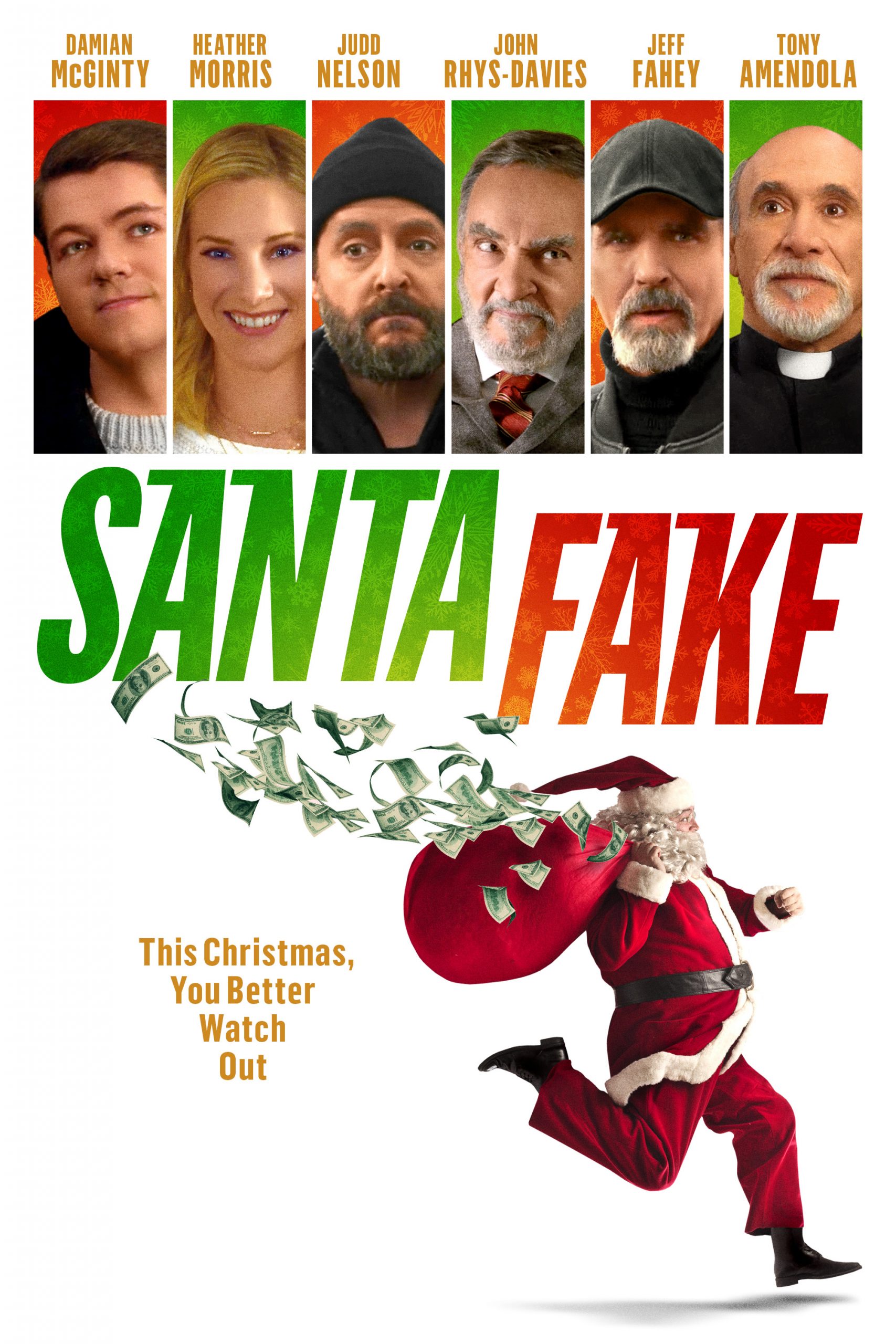 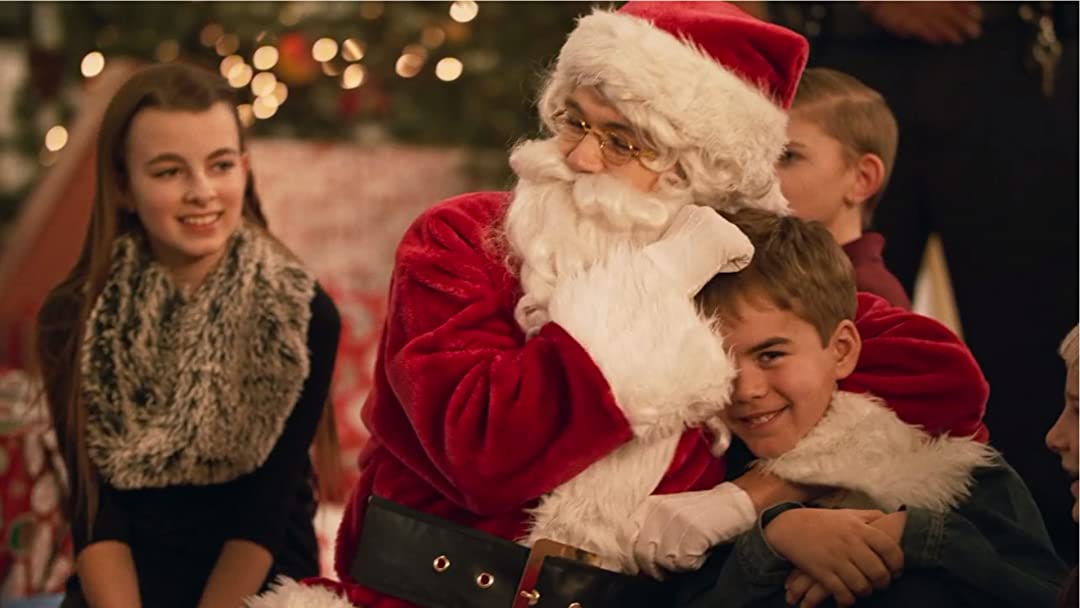 Santa Fake exists in this weird space between a crime comedy and a saccharine Christmas adventure with musical numbers. Perhaps the filmmakers were aiming for some sort of Kindergarten Cop situation, aiming to create a unique mixture of unorthodox genres and tones. It’s not that such a concoction couldn’t have worked. It’s just that this strange little film falls back on easy aspects of every element added, making for an exceptionally bland Christmas movie about money, immigration, and Santa Claus.

The film centers around the plucky Irish immigrant Pat (Damian McGinty). His only means of remaining in the US is to work for the New York restaurant owner Joe (John Rhys-Davies), tending to the bar and regaling customers with his angelic voice singing familiar Irish songs. Having trusted Pat for long enough, Joe decides to involve the young lad in his dirty dealings. He gives Joe a dangerous mission of bringing suitcases of money to a certain location. Fearing for his life when pursued, he flees to Santa Fe to hide from the pursuers. There, he unearths the money and decides to make the most of it.

Pat is a decently likable guy who is easily coerced into doing the right things for the right people. He resides at an inn managed by the kindly cook Mrs. Ortega (Soledad St. Hilaire) and immediately celebrates his monetary discovery with their lavish meal. He ambles around a mall and is convinced by the plucky Emily (Heather Morris) to fill in as the mall Santa. Of course, Pat takes this difficult job with a certain ease. He listens intently to the wishes of the children and effortlessly leads Christmas carols to soothe the crying kids. Naturally, a romance forms between Pat and Emily.

Danger looms for Pat, but it rarely feels that intimidating. Joe sends two goons after Pat, but they’re bumbling bozos who feel straight out of a Home Alone movie, more concerned with eating and bickering than finding and killing Pat. Even when Pat can sense the danger is close, he still fumbles around, trying to conceal his identity in a manner more comical than concerning. This leads to many meanderingly mundane back-and-forth, as when the criminals argue in the bathroom about yak burgers. These various asides are so artificial that you can feel the packing material struggling to hold this film together.

By the time the film throws the real Santa Claus into the mix, there’s this desperation that feels expected. Why not include the magical jolly figure considering all the other tired tropes have been added to this stew? Might as well complete the bingo card of expected Christmas ingredients. I’ll give the film some credit for going the full mile with everything that it adds to this kitchen-sink style comedy, even if hardly any of it works.

Santa Fake feels like a makeshift Christmas movie hastily assembled from leftover scraps of other Christmas movies. It just kinda goes through all the typical motions and hopes that some Christmas cheer can be found amid its musical numbers and ho-hum Santa Claus elements. And while it’s usually the thought that counts, one really has to a muster a smile for this film that wants to be so much yet entertains so little.