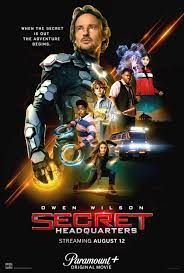 Secret Headquarters is a mindless exercise in superhero saturation that aims way too low for its kid audience. 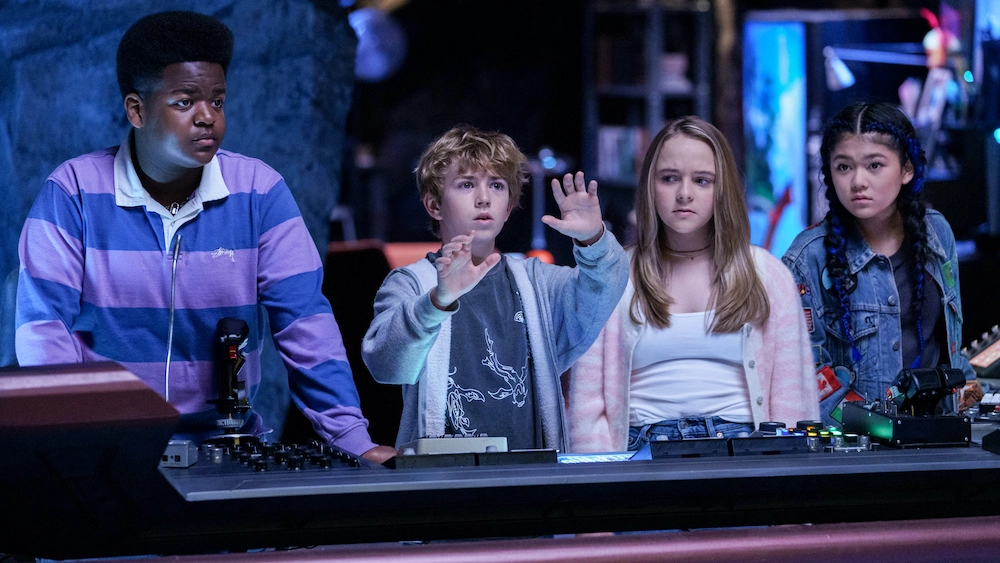 Secret Headquarters feels like the weakest episode of Marvel’s What If. It poses the question what if Iron Man lived on to be a dad and his kid was a preteen. Actually, that story might be good and maybe I’m giving this film too much credit for associating it with Iron Man. I’m sure it’d love nothing more with the superhero plot, Iron Man esque armor, and all sorts of gadgets. Unfortunately, it doesn’t even come close to having the same charisma or compelling story.

Owen Wilson plays Jack Kincaid, a father who loves his boy Charlie. His life changes forever, however, when he encounters an alien device that dubs him the guardian of the planet. Fast forward to years later and the world has its own superhero known as The Guard. Of course, having seen that opening scene, we immediately know Jack is The Guard. Charlie, however, doesn’t know this, having grown up just believing his dad is too busy for him.

Charlie will eventually have a party at his dad’s house while he’s off on work and his friends will discover his underground base of operations. It is there where they find all his neat alien tech, spanning from teleportation portals to magnetic wands to shields. Charlie is stunned to learn that his father is a superhero and that this is why his dad was always so busy. Of course, we’ve known as there’s absolutely no subversion for this reveal and, well, Jack appears in the suit on the poster for the film. So, when does the big surprise come?

Charlie ultimately needs to use his friends and their discovery of The Guard tech to fight back against the evil Ansel Argon (Michael Peña), the CEO of a weapons manufacturer. Ansel wants the tech all for himself and the kids need to fight off Ansel and his goons. Of course, once Ansel gets his hands on one of The Guard’s mech suits, they’ll need Jack to save the day in a robot suit of his own.

The problem with a film like this is that there’s very little to build on and very few characters to become invested in as the story progresses. The kids all have one-dimensional personalities and motivations. Some are outsiders who fall in love while others are outsiders who desire to be heroes. They all throw out weak one-liners and serve little more as props to interact with all the visual effects props. Although I must say one character fascinated me: the neon-dressed bigger kid who goes by the name Big Mac. This kid honestly feels like he was zapped out of the 1990s and thrown into this movie from the 2020s. Come to think of it, why not make this film take place in the 1990s? If it’s already going to be a boring slog of a superhero story, why not get some nostalgia out of it.

The whole film leads up to a lukewarm comedic Iron Man fight between Owen Wilson and Michael Peña. I don’t mean their characters because they don’t have much of any character. It’s mostly just Owen Wilson and Michael Peña playing the same type of roles they’ve drudged through many times before. Except in this film they get to comment on the heat of the Iron Man suits in between exchanging punches. So much of this film is focused on the ho-hum theatrics that the more emotional angles of Charlie coming to terms with his father’s absence feel more like artificial bells slapped on for any small speck of humanity.

Secret Headquarters is a mindless exercise in superhero saturation that aims way too low for its kid audience. The special effects are okay but lack any sort of allure when they’re the central draw. The story of The Guard feels as generic as the title. Even the comedy is so tiring when you have such lacking gags as Ansel not being aware of what DiGorno pizza is. Kids deserve better than this dollar-store version of Iron Man.