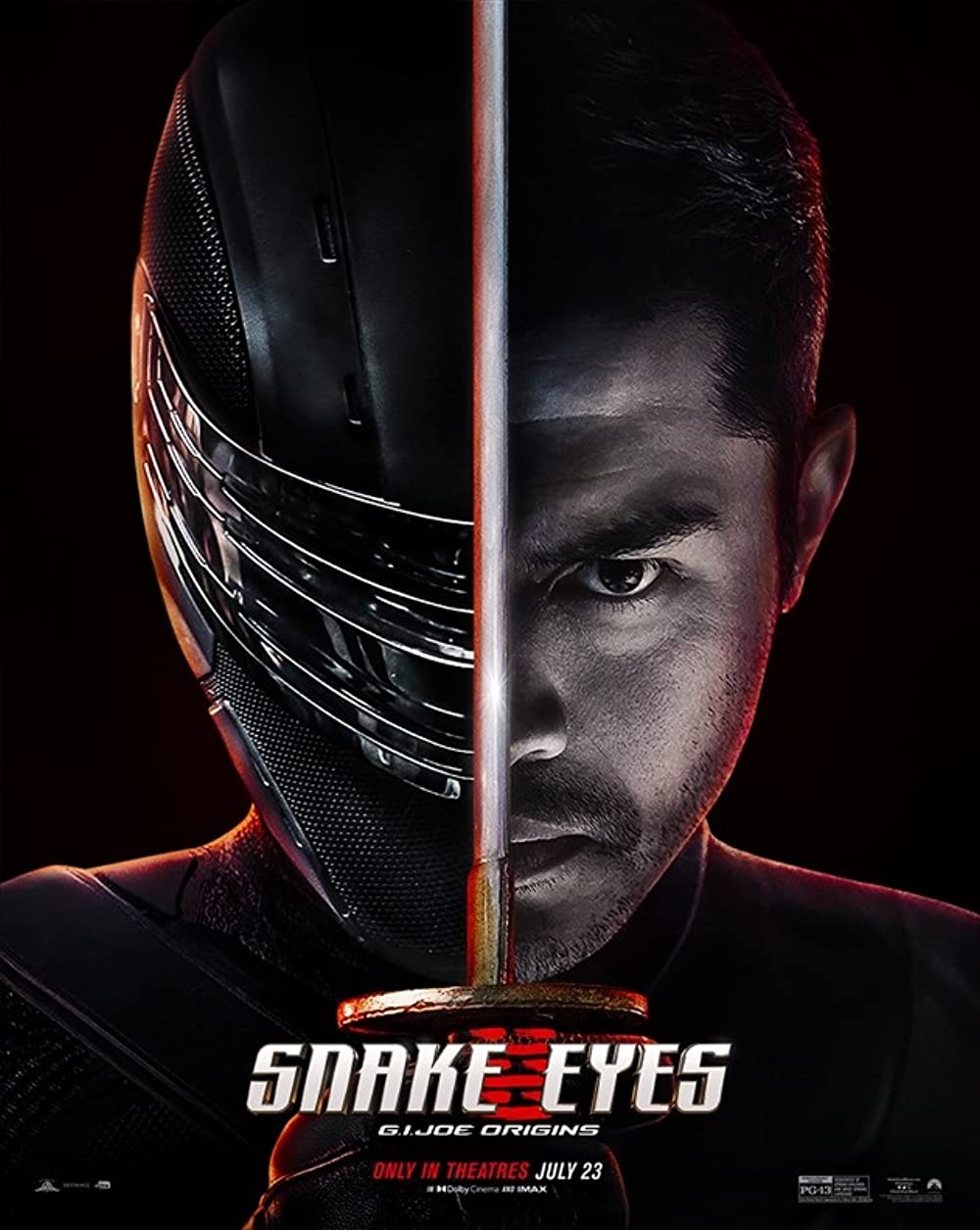 Snake Eyes is a decent yet flawed attempt to make a different kind of G.I. Joe. 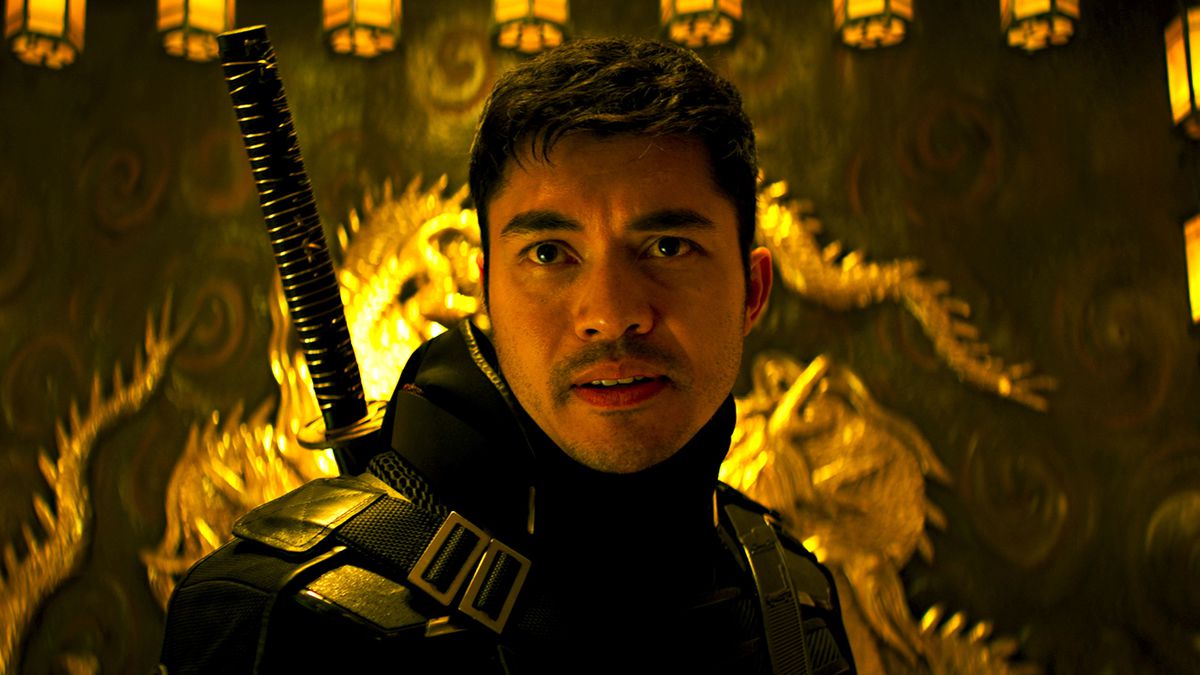 The audience who had previously seen G.I. Joe: The Rise of Cobra knows of Snake Eyes as the silent and masked ninja trying to avenge the death of his master by his rival Storm Shadow. This origin story, however, is far different as it retools that story. Even as G.I. Joe movie, it is considerably different, less bound by the bombastic absurdity of the previous films based on the Hasbro toys. For those who found the other movies to not be their cup of tea for the ridiculousness at play, they may find themselves a little more won over by this far more grounded attempt at adaptation. Well, almost.

Snake Eyes (Henry Golding), in this version, is an orphaned kid who grew up to know a life of crime. His life goal is to seek out the strange man who killed his father and get his revenge. A good way to do that, he figures, is to hook up with the yakuza clan led by Kenta (Takehiro Hira). Indeed, Kenta can make the violent dream of sweet revenge a reality for Snake Eyes. All he has to do is cozy up to the escaping gangster Tommy (Andrew Koji) to infiltrate the Arashikage clan of Japan.

The mission of Snake Eyes is to snatch the mysterious Arashikage stone that can apparently set things on fire. Doing so requires him to undergo the tests of the clan to become one of them, involving skilled tests of removing egotism and being true of heart in Jedi style showcases of worthiness. Perhaps Snake Eyes will find a way to attain more honor than revenge and be a better person. Maybe even the understanding Arashikage security head Akiko (Haruka Abe) can convince him there’s more to life than killing.

Thematically, Snake Eyes is a film that is very on target. I really dug how his journey of revenge is matched by others who are bound by similar goals. But revenge isn’t posed here as a fulfilling aspect, where Snake Eyes will just kill the guy who killed his dad, feel better, and then the credits roll. Considering honor plays a big role in the film’s focus on a Japanese clan, the titular character’s road to heroism amounts to rejecting such egotism. The likes of Kenta and Tommy, however, won’t relent and are doomed to a life of pain.

In terms of being a G.I. Joe movie, however, Snake Eyes may be the least G.I. Joe movie. This is mostly because the action is somewhat more grounded in martial arts, swordplay, and gunplay. But what may be more obvious is how little we see of the organizations G.I. Joe and Cobra. G.I. Joe’s Scarlett shows up in the third act as the only member to aid the defense of the Arashikage. Cobra’s Baroness brings her usual sexy and strict look of deceiving and holding her own. Cobra is far more present in this story than G.I. Joe and it’s mostly because they play a better part in the theme, as the evil organization that takes advantage of the revenge desires of others. This aspect makes the terrorist group far more interesting than just being a secretive conglomerate that wants to rule the world with big weapons.

The action is pretty well choreographed with big scenes of fantastic action. It’s just too bad that the camera can’t keep up with it all. There are so many scenes that are set up astoundingly but the shaky and blurred camera motions can’t properly film everything. I really wish I could appreciate scenes of Snake Eyes and Tommy taking down a swarm of yakuza or the highspeed chase atop a truck hauling cars but they’re far too chaotic to truly appreciate. They’re not a complete blur as with Michael Bay’s Transformers but it’s still frustrating, especially since a lot of the calmer shots look remarkable.

Snake Eyes is a decent yet flawed attempt to make a different kind of G.I. Joe. I like the direction this film wants to take, even if the presentation is a bit of a mess and the acting is just as bound by hills and valleys. Those who didn’t dig on the blockbuster G.I. Joe movies may like this subtler attempt at a Joe picture, even for one with giant snakes and magical items. Those who are fans of G.I. Joe, however, will probably be agitated about the lack of G.I. Joe in a G.I. Joe movie, where the last-minute addition of the Snake Eyes costume is sure to bring about some rage.