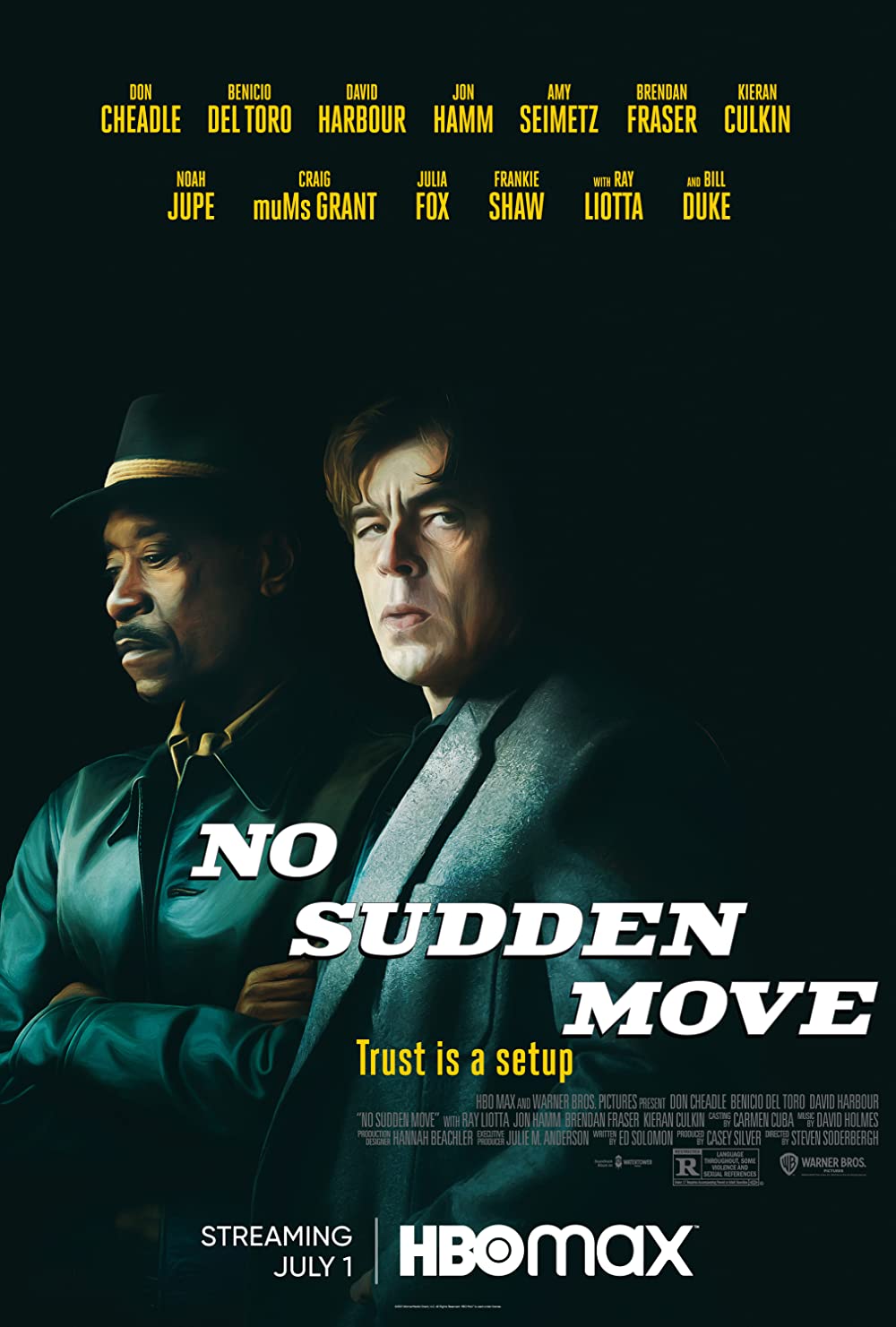 Soderbergh’s No Sudden Move has just about everything one could desire from neo-noir. 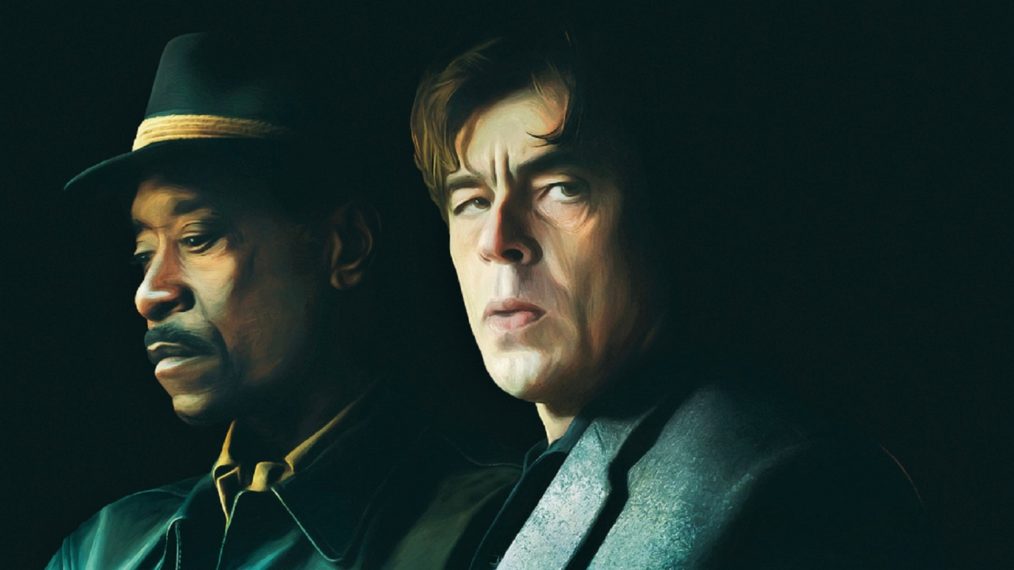 Steven Soderbergh really is one of the more versatile directors out there. In the same way he tackled Ocean’s Eleven and Logan Lucky, he’s managed to deliver another stellar crime ensemble that is bubbling with tension and character. Not only does he amass quite the all-star cast but even manages to shoot the entire film with a distorted lens and vignette approach that works surprisingly well at maintaining focus. It’s every bit the tense neo-noir tale that Soderbergh weaves with brilliance.

Character is always maintained and rarely does the 1950s Detroit setting overtake them. The opening sequence introduces us to the down-on-his-luck gangster Curt Goynes (Don Cheadle), revealing his world and its history through brief glimpses of footage and stills. Wasting no time, the film immediately jumps into Curt taking on a new job with caution for the mobs he might become associated with. He’s paired up with gangsters Ronald (Benicio del Toro) and Charley (Kieran Culkin) for what seems like a simple job. All they have to do is hold Matt Wertz (David Harbour) and his family at gunpoint unless he hands over a certain folder of papers.

Of course, the job will not be so simple and it mostly has to do with how much in the dark certain people are kept. Curt and Ronald don’t know much about their employer but Charley seems to have a better idea of why the documents are important. Matt also knows more than he lets on and has an ulterior motive to do his shady dealings. There’s also a detective (Jon Hamm) who doesn’t trust much of anyone, in this case, a gangster enforcer (Brendan Fraser) who keeps everyone in the dark, and there’s a host of powerful players in both crime and business that have a stake in what’s going on around this dangerous day in Detroit.

Soderbergh’s script is so richly developed that it rarely feels like a scene is wasted. Each moment bubbles with a sense of danger and uneasiness about what’s going on. Everybody has a goal and may be willing to betray others at every turn. There’s money on the table but some want more than money. Some just want to run off with a new lover or pursue a new line of business.

Curt is the character we follow the most because has a little bit of everything. He has a history of both crime deals that went south and a relationship that he can never return to. He has the most suspicions but also the largest of crosshairs on him. His ultimate goals are also quite attainable considering how little he desires, making him the most likely to survive this strange day of rampant crime, extortion, murder, and dirty dealings.

Soderbergh’s No Sudden Move has just about everything one could desire from neo-noir. The characters are rich tapestries of motivations, the cast delivers top-tier performances, and the claustrophobic way Soderbergh shoots the picture is expertly shot. Even the overall theme about corporate greed in the era of motor vehicles is a nice touch that makes the film have more of a historical edge to its twisty nature. It’s a thriller that keeps you guessing right up to the very end, rarely ever settling on a plot so simple or characters so base. Consider this another notch in the belt of Soderbergh’s mastery of ensemble pictures.