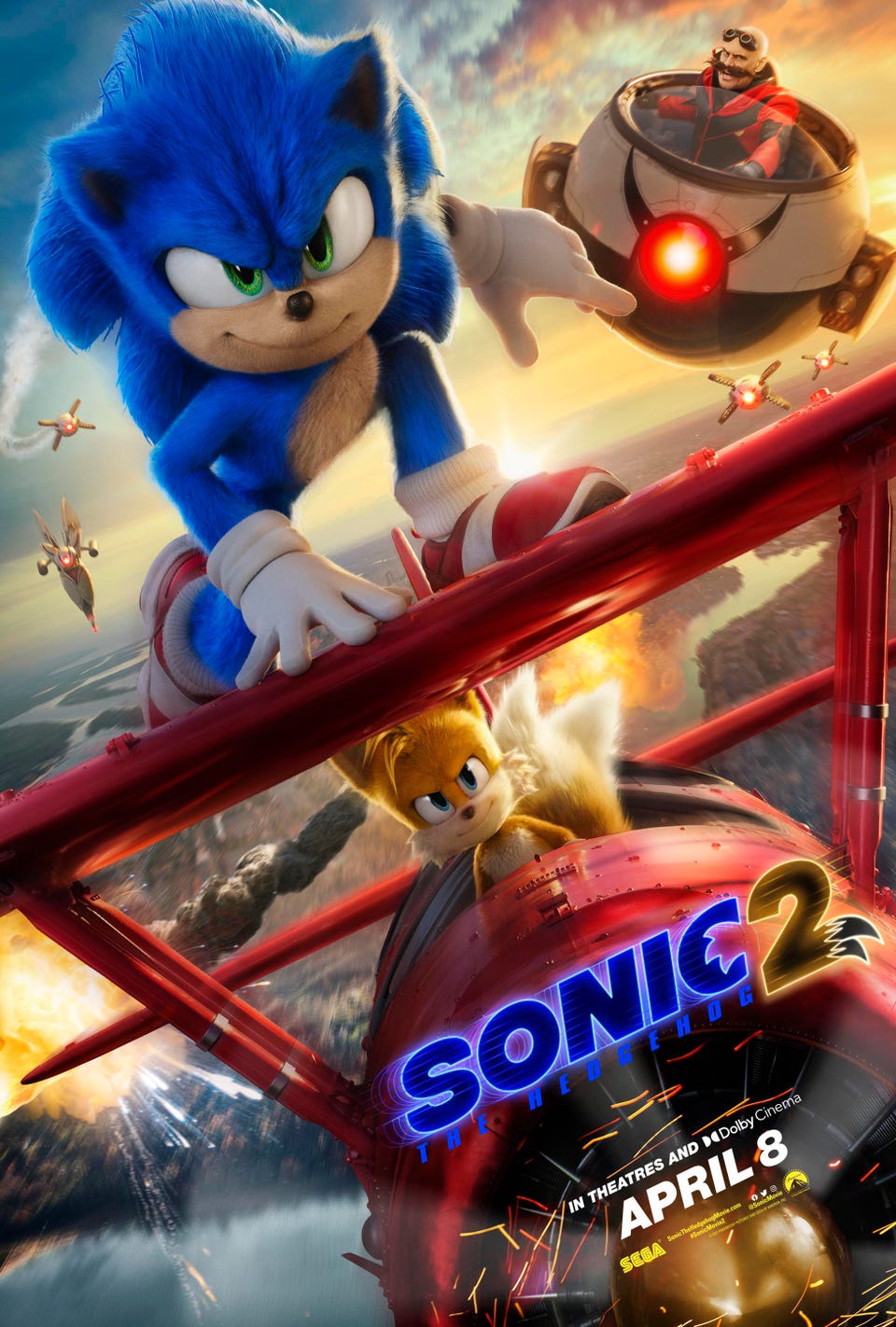 Sonic the Hedgehog 2 is a decent sequel with slight improvements but not enough to launch out of being a mild matinee affair. 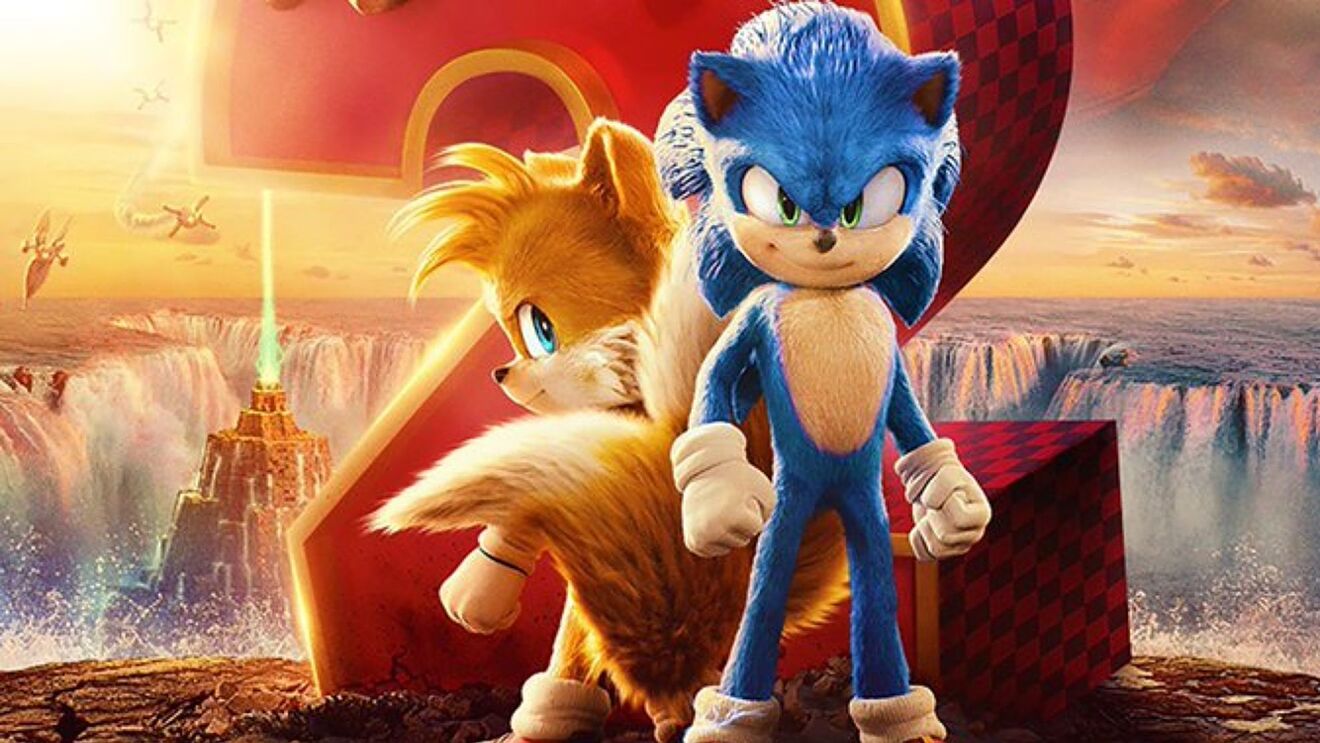 The sequel to 2020's Sonic the Hedgehog 2 is certainly a marked improvement. There's less aggressive product placement, more of a character arc for the titular blue alien, and a better flow to adventure. All of that being said, it's an experience that's more standard than irritating.

Unlike the last movie, this film hits you up with a whole lot of lore. Sonic's emergency migration to Earth as a child was apparently to protect a magic gem of ultimate power. If it got into the wrong hands, it could lead to chaos throughout the galaxy let alone Earth. All of this is relayed by a hologram of Sonic’s owl mother, who you might remember is as the Obi-Wan Kenobi of the last movie, and only because Sonic described her as such since she has two minutes of screentime.

Two villains are aiming to both find the Emerald and defeat Sonic. The returning villain is Doctor Robotnik, once more played with endless energy by Jim Carrey. The newcomer is Knuckles, a red echidna alien with spiked knuckles voiced by Idris Elba. They team up and venture to Earth with Robotnik once more using an army of robots to get what he wants. There’s a decent team-up between them considering how Robotnik is fast with the references and Knuckles is entirely ignorant and stern with how he understands Earth culture.

During all this, Sonic attempts to prove to his friend and roommate Tom that he can be a responsible superhero. So far, he hasn't been doing a great job. That responsibility starts to kick in when he gains the ally Tails, a fox alien with tails that can form helicopter blades. Tails has come to Earth to help Sonic but has apparently known all about Sonic somehow. The moment he arrives and takes note of Sonic’s comical backtalk he remarks “classic Sonic.” Quite the statement for a character who has only met Sonic for a few minutes. Tails is a chipper yet dull character as an eager fan, more useful as a vessel for Sonic’s responsibility than a unique character who doesn’t just stand around looking cute.

But, wait, weren’t there more humans in the last movie? Wasn’t there some human cop character that helped Sonic out? Yes, there was! His name is Tom (James Marsden), aka Donut Lord, and he’s sidelined for most of this special-effects heavy sequel. He’s attending his wife’s sister’s wedding in Hawaii for the first half of the film and then becomes more involved in the second half when Sonic needs help. This leads to an odd diversion where Tom’s wife Maddie (Tika Sumpter) and her marrying sister Rachel (Natasha Rothwell) play a role in the action. This mission comes out of the left-field but it’s at least an amusing enough diversion, considering there’s a great scene of Rachel demolishing her own wedding while chugging a bottle of wine as sparks fly. The context of this chaos, however, is incredibly absurd that it makes you question what movie you’re watching.

All of this leads up to a rather by-the-numbers climax. Robotnik attains incredible power with a shiny new giant robot, the three CGI aliens team up to take him down, Tom saves Sonic once again by driving a truck onto the scene, and Sonic taps into a new hidden power to save the day. You also have the obligatory mid-credit sequence that teases another one of the many Sonic characters for yet another sequel. The visual effects are at least neat enough to look at in their assembly and the writing is decent here and there. Robotnik, of course, gets the best lines which may or may not have involved Carrey ad-libbing. Once again, however, it really does feel like he’s trying to make lemonade out of lemons, considering how basic his character’s motivations are, now that he’s a literal mustache-twirler.

Sonic the Hedgehog 2 is a decent sequel with slight improvements but not enough to launch out of being a mild matinee affair. I liked the film more for what it didn’t do. It didn’t unload a bunch of decades-old jokes which Sonic apparently knows and didn’t force too much of the product placement (although I’m not sure why the film really wants to stress to the kid audience that the Four Seasons in Hawaii has Mai Tais). All that being said, rarely do the gags crack little more than a smile, and the central plot of finding an emerald is pretty ho-hum, complete with mazes of death and ancient temples.
It’s fine enough for kids but left me wanting something more than recognizing the coffee shop name of Mean Bean being a reference to the video games. I need a little more than the nostalgia of my own youth to be enthused about a blue hedgehog saving the world for an evil mad scientist.