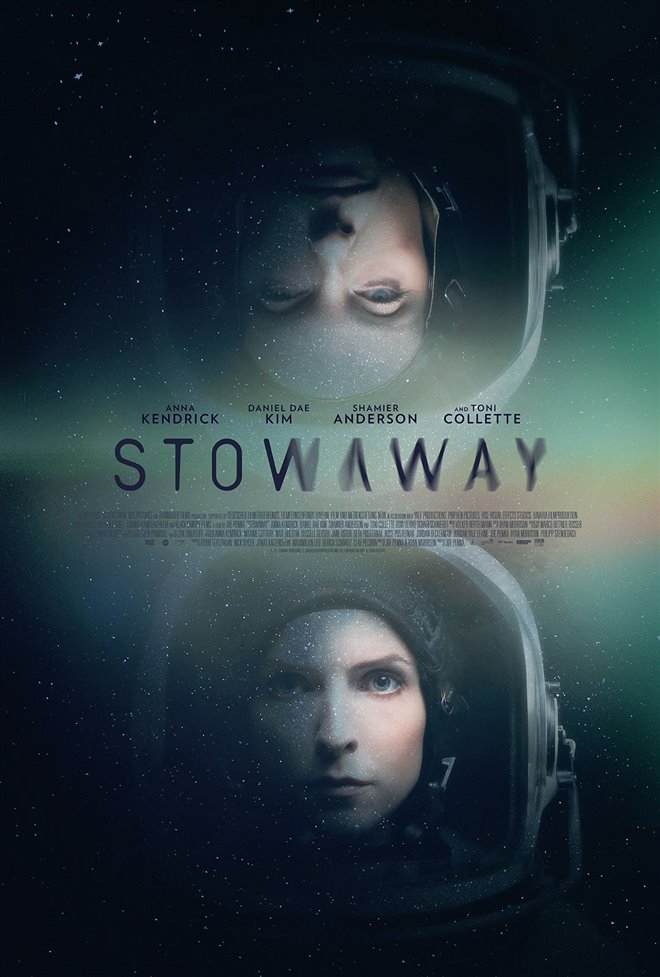 Stowaway feels like two solid sci-fi stories crammed together into one decent adventure. 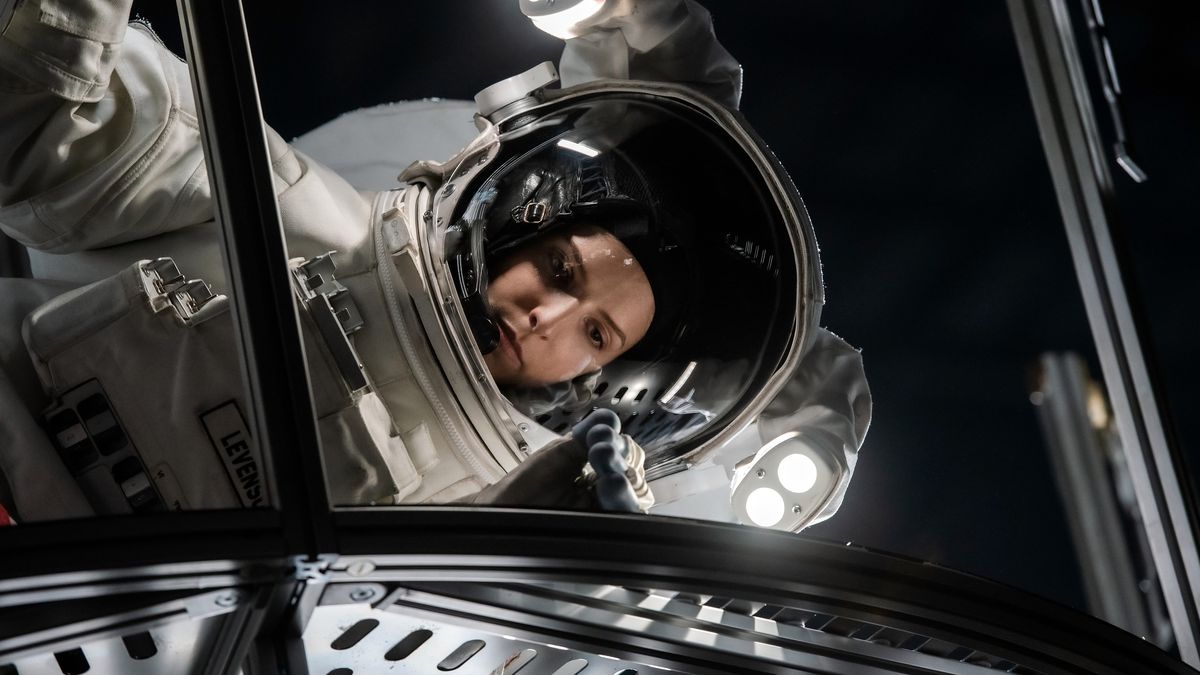 Stowaway is a sci-fi survival story that offers more moral questioning than tense action. The premise is a simple enough concept that seems designed for philosophical classroom discussions. There are three astronauts set off for a mission of scientific discovery in space. A fourth stowaway is discovered. An issue with life support will only allow three to live. So who will die?

The initial crew consists of doctor Zoe Levenson (Anna Kendrick), commander Marina Barnett (Toni Collette), and biologist David Kim (Daniel Dae Kim). They’re embarking on a two-year mission for Mars and the initial launch and checks go smoothly. However, they find somebody lodged inside the controls. That somebody is launch engineer Michael Adams (Shamier Anderson) and he doesn’t remember how he got there, awakening in great fear about not being on board when the shuttle launches. Desperate to get back home to his daughter, the crew tries to calm him down and make the best of a bad situation by integrating the stowaway into their duties.

That bad situation turns worse, however, when damage to the life support systems forces the crew to make an emergency attempt at salvaging oxygen. The best they can hope for is enough oxygen to keep three people alive. A fourth will have to go or they could all die. For Marina, the choice of Michael being the one to go seems obvious. David is conflicted, having spent some time working with Michael. Marina, however, is not at all keen on making such a decision. They don’t have much time, however, as their oxygen is running out and threatening the lives of all onboard.

Placed in a more grounded sci-fi setting, Stowaway presents an equal mix of moral questioning and thrilling space survival. The first act reserves itself to make the mission and setting seem believable with all the astute readings and atmospheric touches. The second act presents the ethical conundrum of three people in a boat for four, which is where the juiciest bits of acting are placed. Kendrick’s sweet nature proves to clash with Collete’s stern approach to the mission, arguing that Michael had no place on the shuttle and that it is not their fault that such an event occurred. Kim’s performance is also the most intriguing as someone who is conflicted in his research and friendship that he fluctuates with great anxiety about what is to be done with Michael. And Anderson’s performance of the stowaway has the right level of humanity and concern that doesn’t make the choice an easy one.

The third act is where all the action unfolds. Desperate for an alternative, Zoe devises a plan to acquire extra oxygen for all four of them to make the journey. Of course, to acquire this oxygen, it will require a daring spacewalk along a long and dangerous part of the ship. And just when it seems like they might be home free, a radiation storm comes their way and the danger levels rise even further, leading to some intense moments of survival with uncertain results.

Stowaway feels like two solid sci-fi stories crammed together into one decent adventure. There’s a lot of humanity in that second act with fine performances and a great ramping up of tension in making a tough decision. However, it’s when the third act arrives that the film pretty much goes on autopilot, favoring the thrills of missions on a shuttle speeding through a radiation storm. Thrilling, sure, but that’s pretty much been the bread-and-butter of most blockbuster sci-fi and even the sci-fi present on Netflix. When all is said and done, the film is a pleasing picture for the questions it poses despite stumbling the landing.