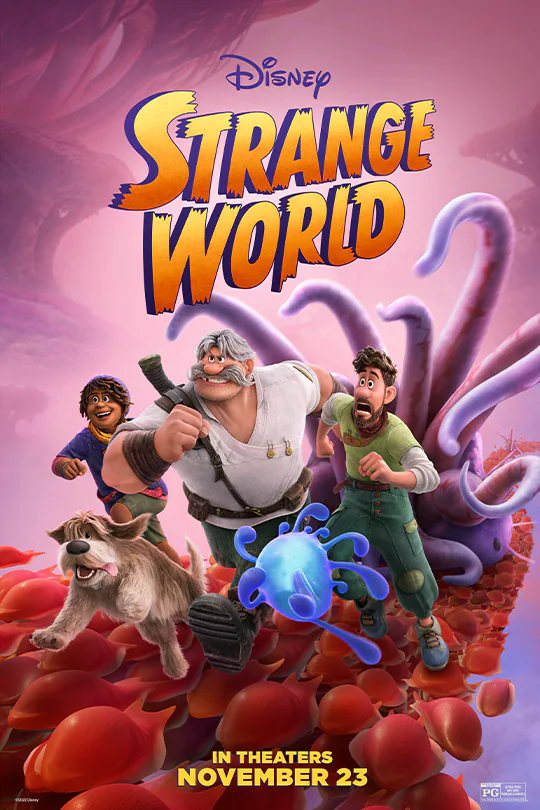 Strange World is as dazzling of a fantastic adventure as it is a meaningful tale of generational fears and relations. 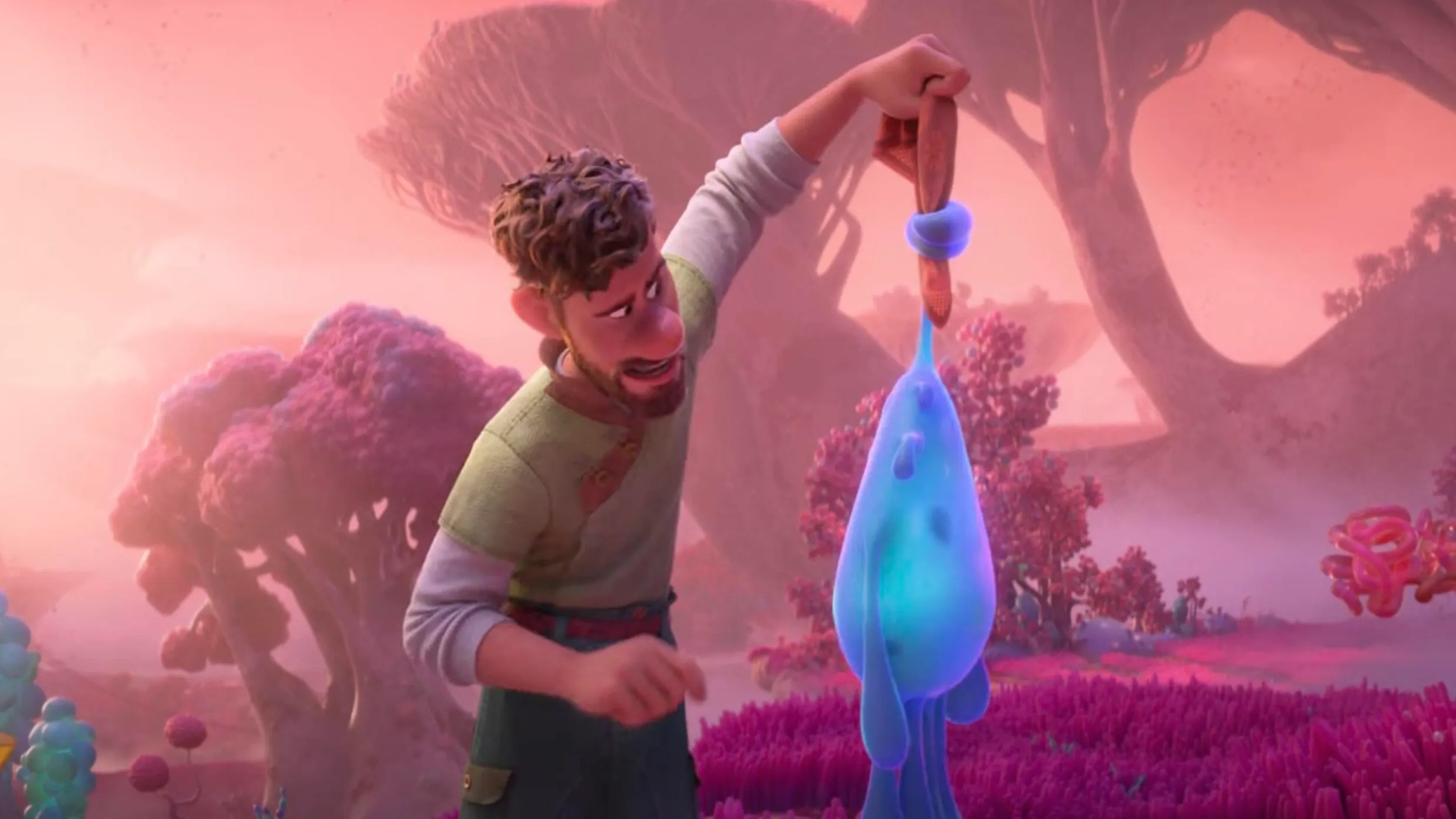 Disney once more taps into the grandest ambitions of animation by delving into fantastic new worlds. Even though Strange World feels familiar with its Jules Verne-style adventure of vividly colorful imagination, there’s a mixture of old-school sci-fi with refreshingly modern touches. It’s the type of film that can feature extravagant displays of weird creatures and exciting treks while still being a meaningful picture of a feuding family with a casual gay romance where acceptance of same-sex coupling is not even close to the top issue of clashing generations.

The film takes place on an alternative Earth, where mankind has been contained to a mountain-locked village. Nobody has ever made it over the mountains to see if there is anything more that lies beyond the towering mountaintops. The only man who has come close is Jaeger Clade (Dennis Quaid), a famed explorer of the village community of Avalonia. His son, Searcher (Jake Gyllenhaal), has many different ambitions. Rather than focus on discovering the outside world, Searcher would much rather take on the duties of improving his own community. His discovery of a power source leads to him changing his life goals to that of a farmer, a profession that doesn’t sit well with his dad who continues his search for new worlds.

Time passes and Searcher starts a family of his own, marrying the eccentric handyman Meridian (Gabrielle Union) and his eager teenage son Ethan (Jaboukie Young-White). While his family seems to do well, Searcher has real fears of becoming just as dismissive and aggressive as his father. Or, even worse, Ethan going the way of Jaeger. This fear of connection becomes an awkward but necessary conversation when a world-saving adventure forces the family together. There are also strong supporting performances by Lucy Liu as the commanding president of Avalonia, Callisto Mal, plays a pivotal role in being a leader who is conflicted with her corners between people and planet.

The adventure itself is a real treat for the eyes, even more so when given the higher bar for animation Disney features are held towards. The underground environment explored by the Clade family on their versatile vessel is loaded with wondrous colors and all manner of surreal creatures. The fantastical creatures can be towering quadrupeds that flower the odd surfaces of their world or small eccentric blobs as with the companion Splat, the voice-less blue entity that looks and moves like a living form of Gak. The world itself becomes a literal character as the adventure continues further into the center of this unique world. Without spoiling too much, let’s just say it’s the most thrilling heart surgery you’ll ever see in an adventure film.

Per the whims of the Disney studio, this film was bound for a Thanksgiving release and it’s perhaps the perfect picture posed for this time of the year centering around family. The Clades are an interesting family with the chemistry between Searcher, Ethan, and Jaeger. All of them have different ideals and moments where they connect and feud. This multifaceted approach was quite refreshing for a Disney film, where parental relationships are usually one-sided or non-existent. It helps that Searcher’s life with his wife and son is rather pleasant and filled with love. Ethan’s embarrassment with his dad, especially around his crush, feels more like a relatable annoyance rather than a major hindrance. The clash of fathers and sons goes beyond mere simple preferences and relates to debates over career paths and the common terrors that come with being a parent wanting more of their kids. The onus is never placed on one person to change, especially when the major change needed to save the day goes beyond killing some monster.

Strange World is as dazzling of a fantastic adventure as it is a meaningful tale of generational fears and relations. The animation is creative enough to play around with the medium, the characters are varied in their motivations, and the overall tone is just a charming and enthralling experience that harkens to a classic sensation of exploration and discovery. This is the type of film Disney should be making more often.