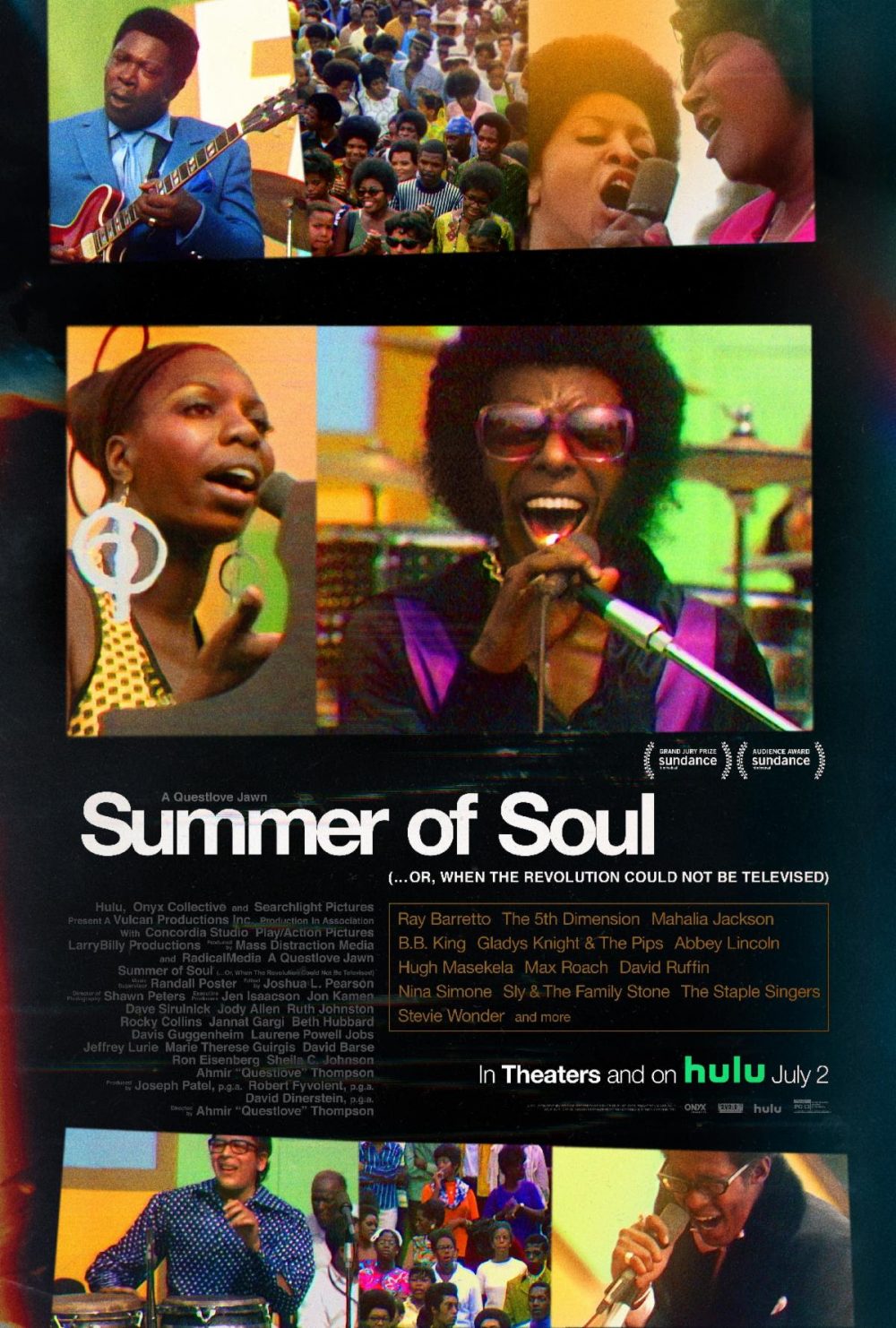 Summer of Soul is a sublime celebration of music and inspiration of the 1960s scene. 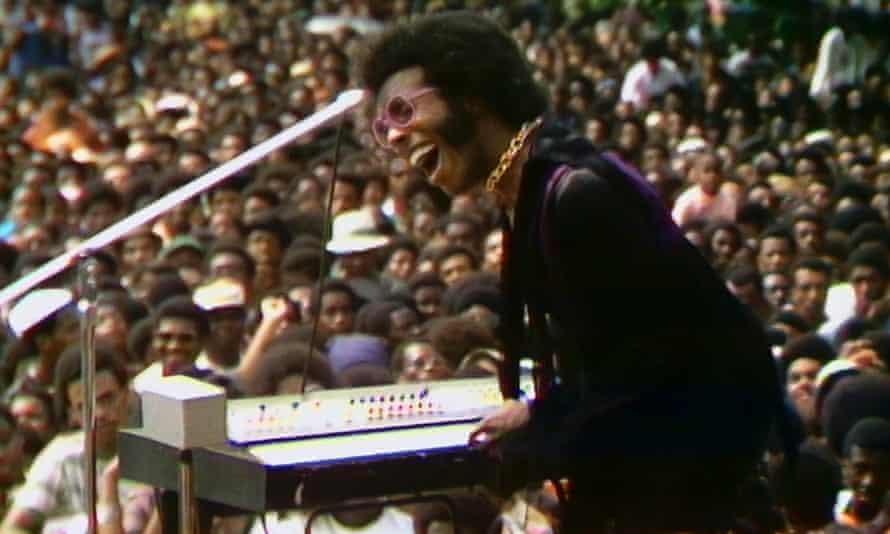 A lesser-known event of 1969 was the Harlem Cultural Festival. Occurring the same time as the historic landing on the moon, a mass of people gathered in Mount Morris Park (now Marcus Garvey Park) for a festival of some of the best in African-American music. The skeptics might ask why this event hasn’t been as well-documented. As it turns out, it was but the footage had never been released until now. Some of the people interviewed in this documentary are witnessing it for the first time, some of them ecstatic to state that they knew they weren’t crazy when mentioning Stevie Wonder played to a free crowd in Harlem.

Director Ahmir "Questlove" Thompson takes us through this historic event in music history with great detail. We learn about how the concert itself was staged, trying to take advantage of the sunlight and find the best angle for the bands and singers to play. We learn about the specifics that went into planning the music that would be showcased. But what’s most fascinating is how the film incorporates footage from the era to gain a better sense of cultural buzz regarding politics, race, and other big topics of the late 1960s.

For those seeking out this documentary for the concert footage, you won’t be disappointed. The likes of Stevie Wonder, Mahalia Jackson, Nina Simone, The 5th Dimension, The Staple Singers, Gladys Knight & the Pips, and Sly and the Family Stone all grace the stage with tremendous power. Considering this was a free event, the talent assembled is incredible. Many musicians became quite engaged with the audience, some of them venturing down the stage for physical contact while others pointed out the onlookers in the trees seeking a better view, asking if they’re having a good time.

The collective of talking heads ranges from those performed to those who attended the event. The attendees describe the experience in great detail, considering most of them were kids who found their lives forever changed by such a fantastic event. Everything from the food they brought to the best performances of the event is recounted with surprising detail that really sets the tone.

There are a few outsider voices that bring their own perspective to the communal experience, as with the likes of Chris Rock and Lin-Manuel Miranda chiming in. They offer the least incitement from those who were at the event but I suppose the documentary needed some big names attached. That being said, the performances by Nina Simone and Sly and the Family Stone are worth the price of admission alone.

Not only does the documentary not shy away from the political nature of the festival. For instance, a Republican running for office who has great ties with the African-American community comes out to voice his support. A television broadcast finds a reporter asking how the crowd feels about the moon landing and minces no words when stating how there are problems at home we should address before venturing out into space. For many, the festival itself was a bigger influence than that of man landing on the moon, a telling statement of the state of the world.

Summer of Soul is a sublime celebration of music and inspiration of the 1960s scene. In terms of placing the viewer at that exact moment in time, this documentary succeeds at being more than just a simple showcase of lost musical performances. It’s a fascinating project that Questlove delivers with a certain admiration that he wants to share with the world.