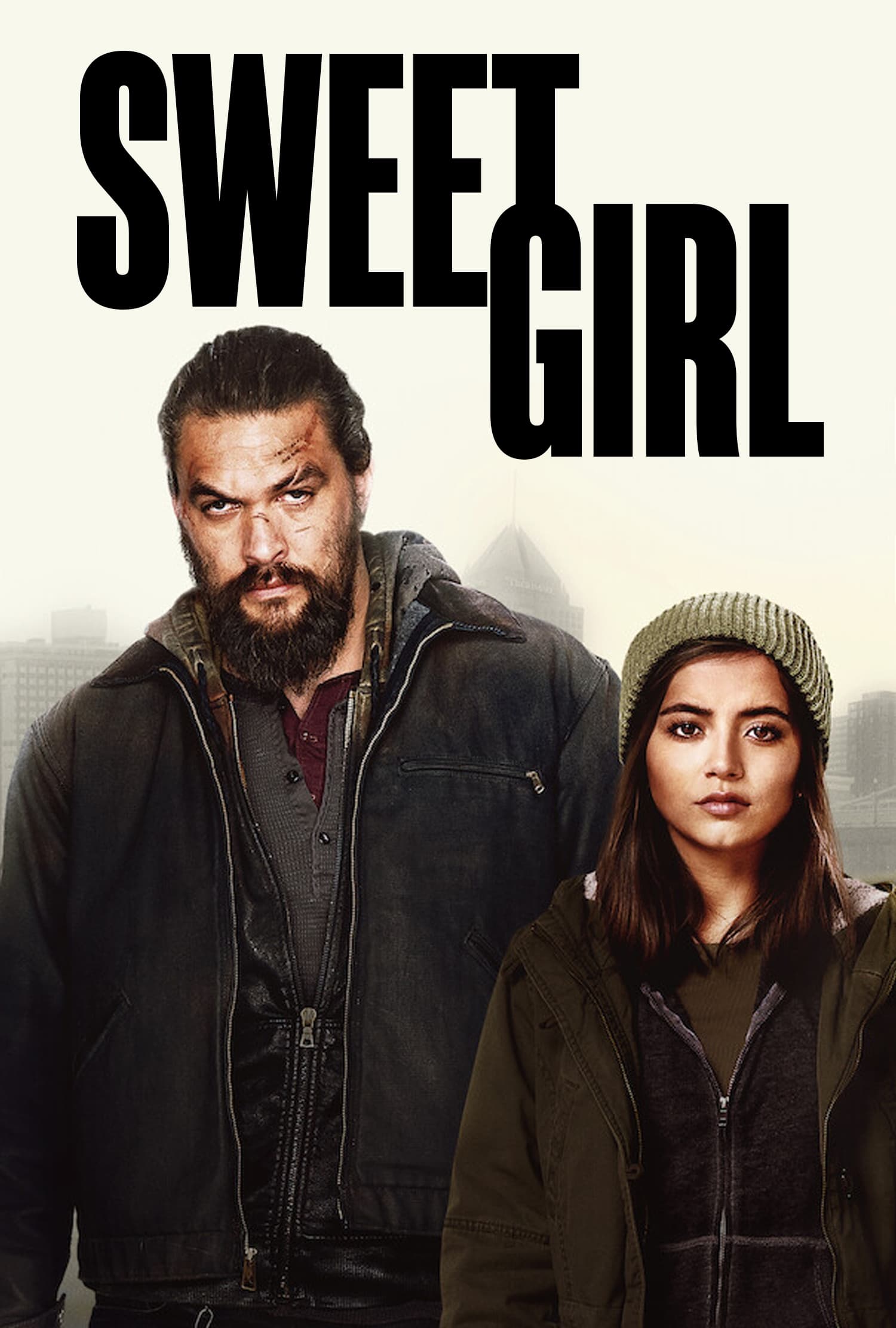 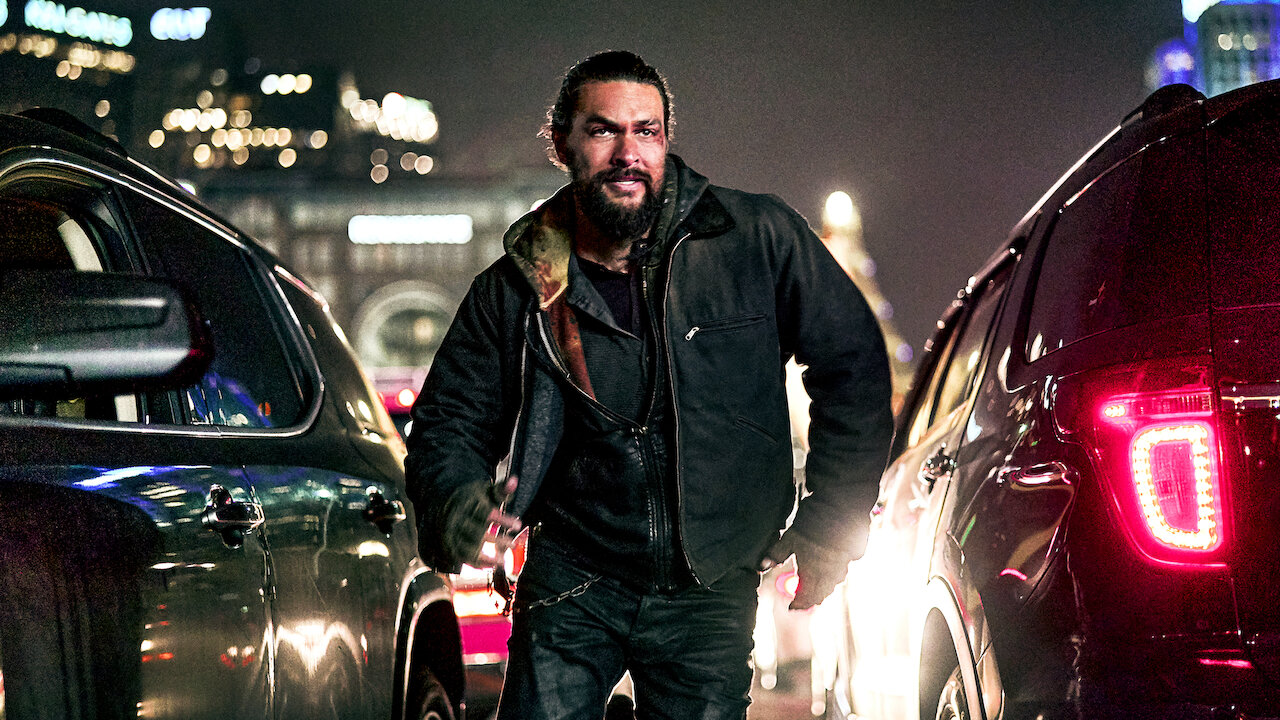 There’s a decent idea for an action-thriller within Sweet Girl. It takes aim at the healthcare industry that is helmed and decided upon by the corrupted who place heavy bets on human life. That’s a solid base for fury to ring forth as a fight against the system. But, wow, does this film stumble hard by trying to place a ridiculous twist on top of all of it.

Amanda Cooper (Adria Arjona) has fallen ill with a rare form of cancer. Her husband Ray (Jason Momoa) tries to keep up the fight and some hope seems to be on the horizon when a new drug is being approved which may cure Amanda. That drug, however, is declined for usage by BioPrime CEO Simon Keeley (Justin Bartha) and Amanda’s fate is pretty much sealed. While Ray slowly awaits the death of his wife, he witnesses a debate on television with Keeley and figures he’ll call into the program. Given that this is Jason Mamoa we’re talking about, he naturally makes a death threat for such a CEO condemning his wife to her terminal fate. And once she kicks the bucket, that’s the plan he intends to enact.

Now living with his daughter Rachel (Isabela Merced), Ray keeps up his training at a gym to be in prime physical condition for taking down a corrupted pharmaceutical. He’ll have to be on his toes, however, as a meeting with a journalist who has some dirt on BioPrime leads to a nasty fight on a train. The altercation leaves both Ray and Rachel in a critical state of injuries. Fast-forward to years later where the father and daughter struggle to get by. Ray, finally ready to take his plan to the next level, assaults Keeley at dinner and learns that there’s somebody higher up calling the shots. It isn’t long before Ray and Rachel are on the run as they track down the sinister force behind the death of Amanda.

But here’s where things fall off a cliff. As the film goes on, Rachel finds herself despising her father for placing her in such a situation. Seeking help, she contacts the FBI secretly to send information that could aid them against both a corrupt organization and possible government affiliation. At the halfway point, however, there’s a shocking twist revealed: Ray was dead this whole time and Rachel has been the action hero on this revenge quest all along. As clever as this bit of the unreliable narrator reveal may have seemed to the writers, it comes off with a mediocre level of desperation and a laughable switch-up that tries to use PTSD in an ineffective way.

The rest of the film is mostly just Isabela Merced locked into this revenge fantasy where she busts drugs corruption wide open. All the hallmarks are present: chases through the street, daring shootouts, and a confession from a compromised politician that is secretly recorded with intent for FBI delivery. The action itself is okay on a technical level but any attempt at finding some deeper commentary on the nature of corrupted politicians and healthcare providers is sadly lacking, turning such figures into villains that are almost too cartoony to be viable allegories for the likes of Martin Shkreli or pick-and-choose senators in the pocket of big-pharma.

Sweet Girl certainly leaves more of a sour taste than intended. It presents an action thriller that stumbles around trying to keep the audience on their toes but ultimately trips over itself way more than it should. The result is a film that says little about the broken nature of healthcare and even less about the PTSD it weaves for thrills.