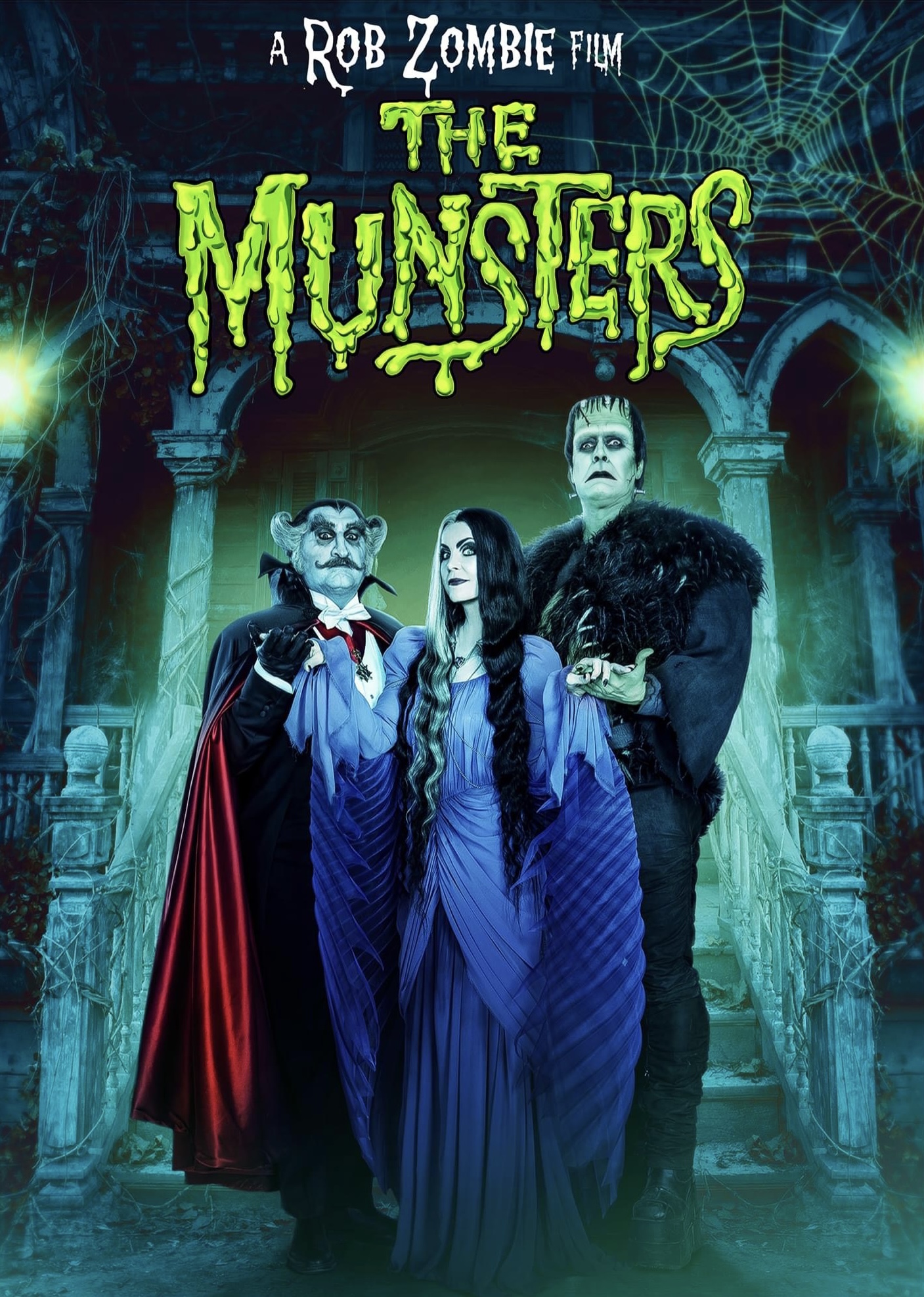 The appeal of The Munsters ultimately depends on how much camp and love one has for the original series.

The Munsters (2022) Review By Mark McPherson 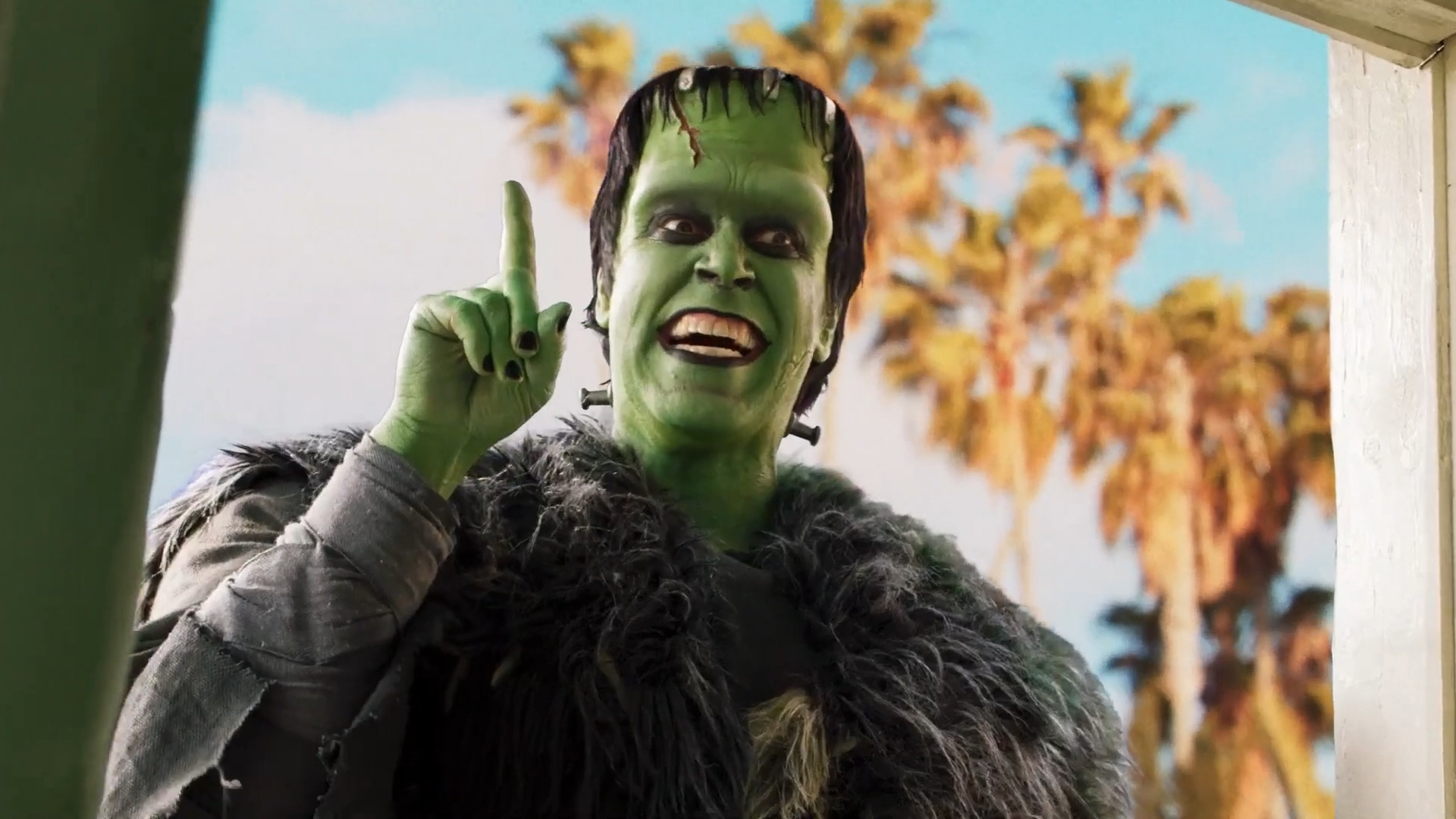 How could one possibly make a modernized movie of the classic spooky sitcom The Munsters? For director Rob Zombie, the answer seems to be that you don’t. Rather than try to make the classic monster family more palatable, Zombie’s film embraces all the absurd camp and silliness of the show with gusto. It still takes the opportunity to weave its own story but stays true to the mindset of monsters that view the morbid as the mundane.

The premise is a bit of an origin story, trying to tell the romantic tale of how the vampire Lilly fell for the charming creature Herman. Lilly (Sheri Moon Zombie) is trying the dating scene and finding it rather hard to be impressed with vampires who seem more preoccupied with their bats than a night on the town. She resides in the castle of her eccentric father The Count (Daniel Roebuck) and his quirky butler Igor (Sylvester McCoy), always engaged in some smokey experiment. Herman (Jeff Daniel Phillips) has most recently come to life as a reanimated corpse through the mad science of the egotistical Doctor Wolfgang (Richard Brake) and his absent-minded assistant Floof (Jorge Garcia). Wolfgang, however, is dismayed that Herman’s special talent is his ability to play corny jokes and maybe rock the guitar. While Wolfgang declares defeat, Herman soon declares his love for Lilly.

From that point forward, the movie is mostly a series of silly segments that slowly build to the Munsters coming together and residing in a suburban neighborhood. Wisely, the film never makes this move the central conflict of the story nor one that slowly shapes the characters. The greater focus is clearly on the antics of Herman’s stumblings, Lilly’s sweetness, and The Count’s crankiness. For those familiar with the old show, all the humor is very much on point. Every character delivers their lines in a rather cornball manner, where Lilly turns up the pep and The Count dials up the snark. Even though Phillips doesn’t quite have the same sophisticated tone as Fred Gwinn, he does a solid job coming into his own with the character.

While the show was in black and white, this Munster movie embraces the color like a wild acid trip. Characters will often appear behind vivid and bold backgrounds to exaggerate their expressions of love, shock, and rage. The colors of the costumes and sets are also exceptionally garish and fitting for when the old TV show eventually jumped to color for some specials. I particularly dug Herman’s absurdly bright vacation attire and Lilly’s date at a wonderfully macabre restaurant with a neon glow.

Most of the movie works even if it does wear out its welcome. The many absurd asides are fun enough in their own dad-joke sort of way but they also permeate the entire picture. So if you’re not on board with the first few horror-themed gags, chances are you’re not going to appreciate the many others that follow. It’s enough to make one wish the film were a bit shorter if only to keep its pacing high.

The appeal of The Munsters ultimately depends on how much camp and love one has for the original series. If you loved seeing Herman get into trouble, you’ll probably dig the get-the-rich-quick scheme he gets roped into with Lilly’s recluse family members. If you got some chuckles out of the exaggerated reactions and pun-filled comedy, there’s plenty of that to go around, including Herman’s over-the-top laughs at his own jokes. Zombie’s film is astute enough to recognize the many aspects of Munsters and embrace them with absurdity rather than run from them. This horror-comedy may stick out as odd compared to 2022’s full course of horror pictures with its gaudy displays and direction, but, hey, that’s also how The Munsters appeared to their suburban neighbors. Rather than hide in terror, The Munsters remain a straight face and tongue in cheek.