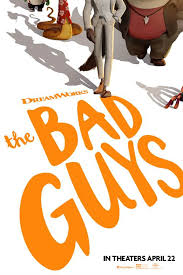 The Bad Guys has great energy and style to be a vibrant heist animated movie for the family. 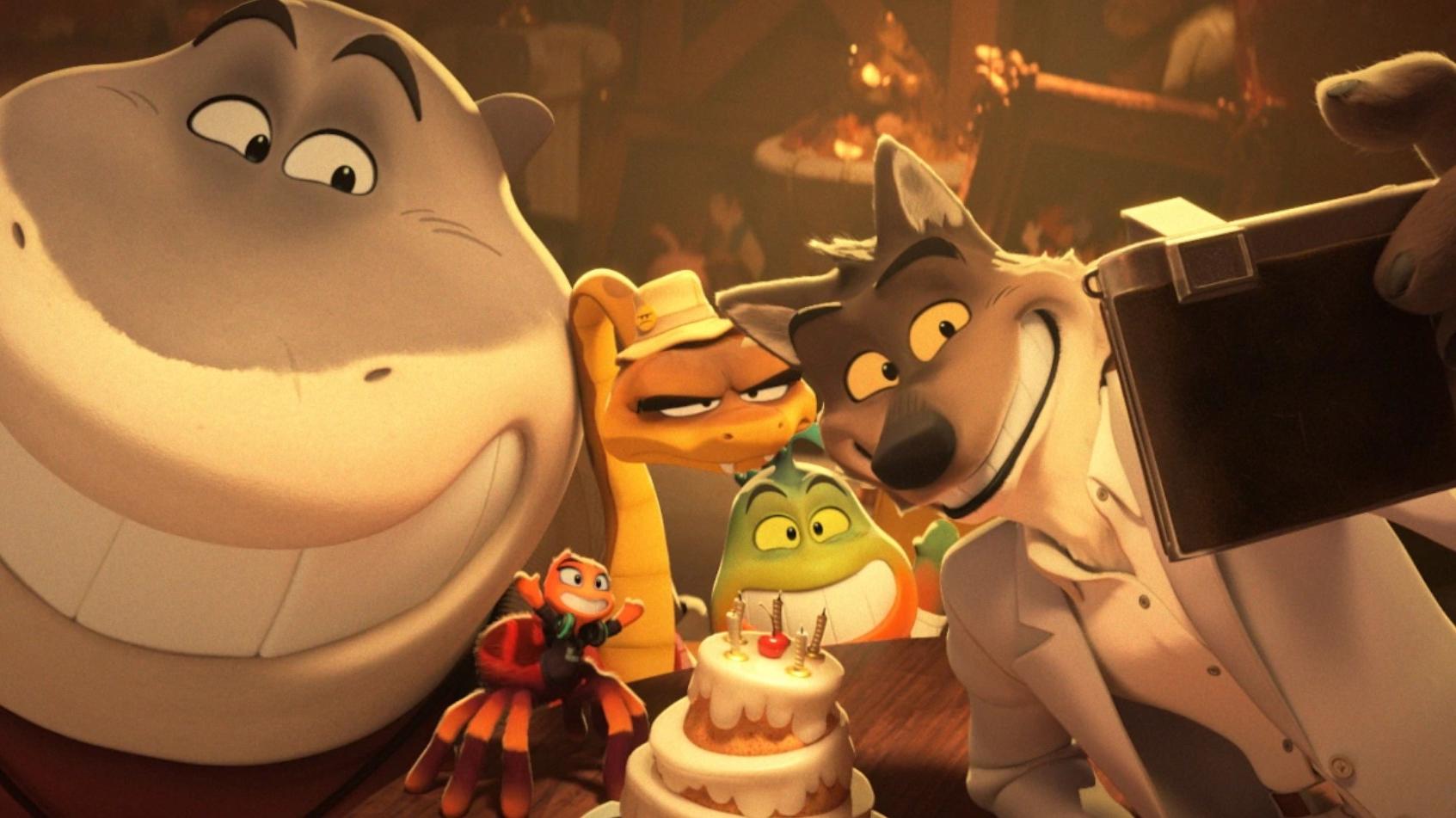 Based on the graphic novel series by Aaron Blabey, The Bad Guys is an animated film all about challenging preconceptions. Most stories involving animals and anthropomorphic animals usually portray the wolf, snake, spider, piranha, and shark as the villains. That’s the role this gang of animals feels that life has dealt them, pursuing a life of crime as they zoom around city streets ripping off banks. But maybe there’s more to life than being bad. Maybe they can also be good.

The animal gang of a metropolitan city known as the Bad Guys is a band of thieves, specializing in robberies. The team is led by Mr. Wolf, a sly and stylish figure voiced by Sam Rockwell. He enjoys all the perks of being a criminal: heists, car chases, and intimidation from the city residents. His crew includes the safe-cracker Mr. Snake (Marc Maron), the hacker Ms. Tarantula (Awkwafina), the excited muscle Mr. Piranha (Anthony Ramos), and the master-of-disguise Mr. Shark (Craig Robinson). We’re introduced to all of them through an opening bank heist and chase with the cops.

Though they succeed, their pride is pummeled by the governor, Diane Foxington (Zazie Beetz). She addresses the recent heist by stating that the Bad Guys are just a bunch of misunderstood outsiders who could use some love. Angered for not being seen as the more intimidating villains, they try to prove themselves with a heist at a philanthropy event. When that caper fails, they are able to avoid jail time thanks to the suggestion of the city’s most notable figure, Professor Rupert Marmalade IV (Richard Ayoade). He also sees the good in such bad guys and believes they can be transformed into good guys with the right motivations.

Throughout the film is an easy-to-read battle on ethics. The bad guys are not given some complex debate of ethics and how it relates to the positives their energies could provide society and what good it would provide to them. To keep things simple, Marmalade aims to instill that good feeling within the gang. Wolf first recognizes how satisfying it feels to be told he’s a good boy. Maybe he could get some more of that weird feeling where he feels more through appreciation than intimidation. However, the rest of the gang may not be on board with this new direction. And that desire to do good may also be taken advantage of.

The animation style is quite unique. Though most of the humans have a rounded anime style, the anthropomorphic characters all have distinct features and looks to prevent them from being generic. There’s also some peppering of 2D style touches to the highlights and smoke effects of this world, further blurring the line between 3D and 2D. It’s also hard to deny the obvious physical odes to the anime Lupin The Third, especially for one sequence where Wolf swims through the air to break physics and get closer to his goal. There are also some similarities to Lupin’s nemesis of Zenigata with how the gang is pursued by an overactive police chief, Misty Luggins (Alex Borstein). Also, in case it needed to be stated, Lupin translates to Wolf.

The Bad Guys has great energy and style to be a vibrant heist animated movie for the family. The third act, sadly, reduces the narrative to a simplistic sci-fi plot for the bad guys to go good. All things considered, though, the message is great and quite blunt that most kids won’t miss the lesson about how you can’t always judge a book by its cover. Sometimes it’s good to share, good to consider the feelings of others, and good to do the right thing. And it does all this with deceptive twists and car chases.