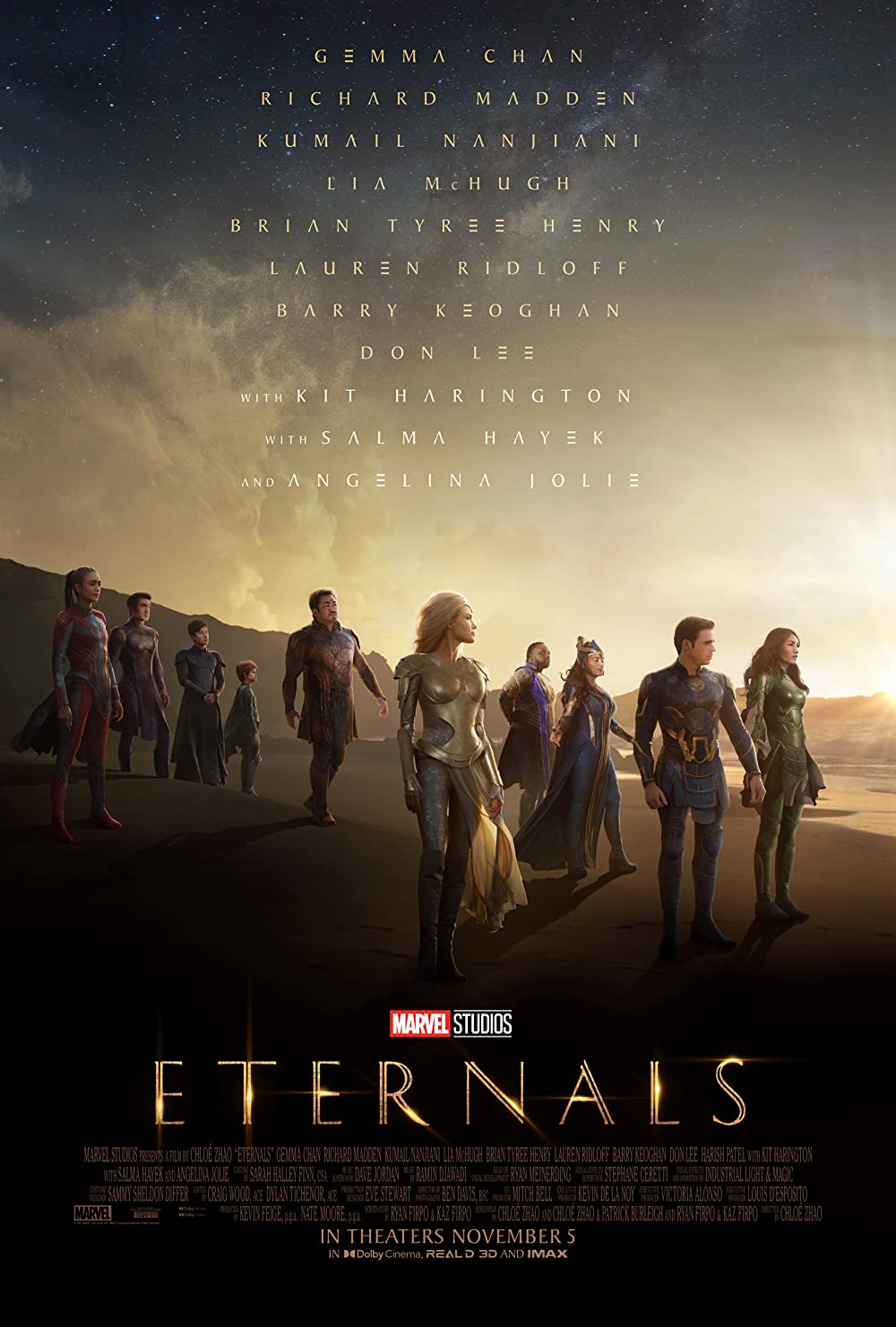 The Eternals is a film that could’ve and should’ve been a unique MCU entry.

The Eternals (2021) Review By Mark McPherson 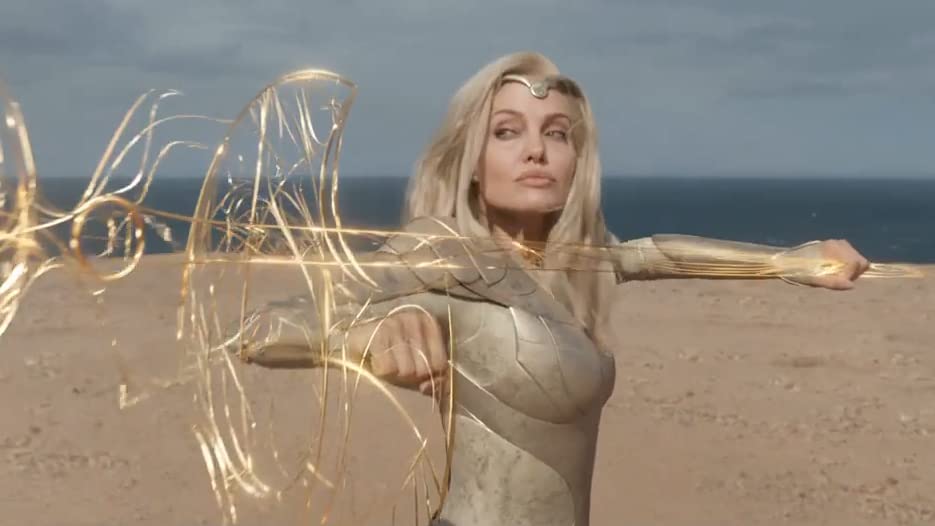 The Eternals seems to be one of the more accessible Marvel movies of the Cinematic Universe. There are hints of other films present but there’s no need to brush up on your MCU history. I was under the impression I might have to do so considering this is an ensemble picture about characters who have existed on Earth for thousands of years. Thankfully, this is a film that can exist well enough on its own to explore its own themes of romance, spirituality, and questioning existence when mortality seems to mean little. Sadly, this is a film more intriguing for its promise than its delivery.

The characters known as The Eternals are a collective of beings that have existed to protect Earth since its early days from the monsters known as the Deviants. Since about as far back as 5,000 BC, they’ve been ensuring that mankind isn’t gobbled up by giant beasts who can easily devour the populace. Each of the Eternals has their own set of powers. Sersi (Gemma Chan) can transform matter into anything while Ikaris (Richard Madden) can fly and shoot laser beams from his eyes. All of them can live forever and apparently take orders from a giant starship that hangs out around the solar system. The Eternals continue their job of protecting humans in hopes that one day they can return to their starship and go home, despite memories of that place being very hazy.

As if to explain why no superhero or supervillain has encountered them, The Eternals find themselves bound by not interfering with the conflicts of man versus man. They’ve tried to remain hands-off with the history of humanity but it hasn’t been too easy. Druig (Barry Keoghan), in particular, would rather control all of humanity into striving towards peace with his ability to manipulate multiple minds at once. Phastos (Brian Tyree Henry) is capable of assembling any technology with his mind and is eager to speed up the ages of progress for humans. Most of them split when they find themselves conflicted about humanity. Druig builds his own secret cult of a peaceful commune while Phastos goes into exile with a family after witnessing the terror of what his technology can accomplish in Hiroshima.

The Deviants, however, start popping up more frequently in the modern day and the team needs to get back together. There’s not much time for a reunion when there’s a world-ending event on the way. Though the Deviants are still dangerous, a dark truth is unearthed where the heroes fear they may have been manipulated into being the villains for a darker plan. Without giving too much away, the story tackles the topics of going against deities and coming to terms with selfishness, doing a far better job tackling the flawed utilitarian methods of Thanos during Infinity War.

While all of this staging and thematic aspects are compelling, the characters lack punch. It’s not that the collective of superpowered semi-gods don’t go for as many jokes as other MCU heroes because it was honestly refreshing having more subdued characters. The problem is that when you have roughly ten characters, not including some seed-planted characters for other films, not much chemistry comes about. Not many arcs come about either. These are characters who have known each other for thousands of years and it feels like we’re coming in more on their second film than their introduction. As a result, there are so many rushed arcs of romance that may blindside the audience. Sure, we get a bit of time to see how much Phastos cares for his husband and child but then we get inexplicable crushes as with the youthful Sprite (Lia McHugh) is in love with Ikaris. The comic relief of Kingo (Kumail Nanjiani) at one point jokes that nobody else picked this up. Yet he seems baffled by the love between Druig and the deaf speedster Makkari (Lauren Ridloff), which we get a lot more of in the film than almost any other relationship.

The Eternals is a film that could’ve and should’ve been a unique MCU entry. There are some notable firsts in this film for featuring the first gay hero, the first deaf hero, and the first sex scene in the MCU. Even the non-linear storytelling and questioning motives are fascinating. But it’s hard to stay engaged with characters so rushed that most of them are forced to spout exposition or state their intentions bluntly. It’s that rushing nature that makes scenes of Ikaris being conflicted about allegiance and Sprite about her age much harder to be engaged with. I like how Chloe Zhoa takes all these interesting paths but she’s not quite as adept at balancing such a massive cast who are sadly reduced in a story where there’s a whole lot more that isn’t up on the screen.