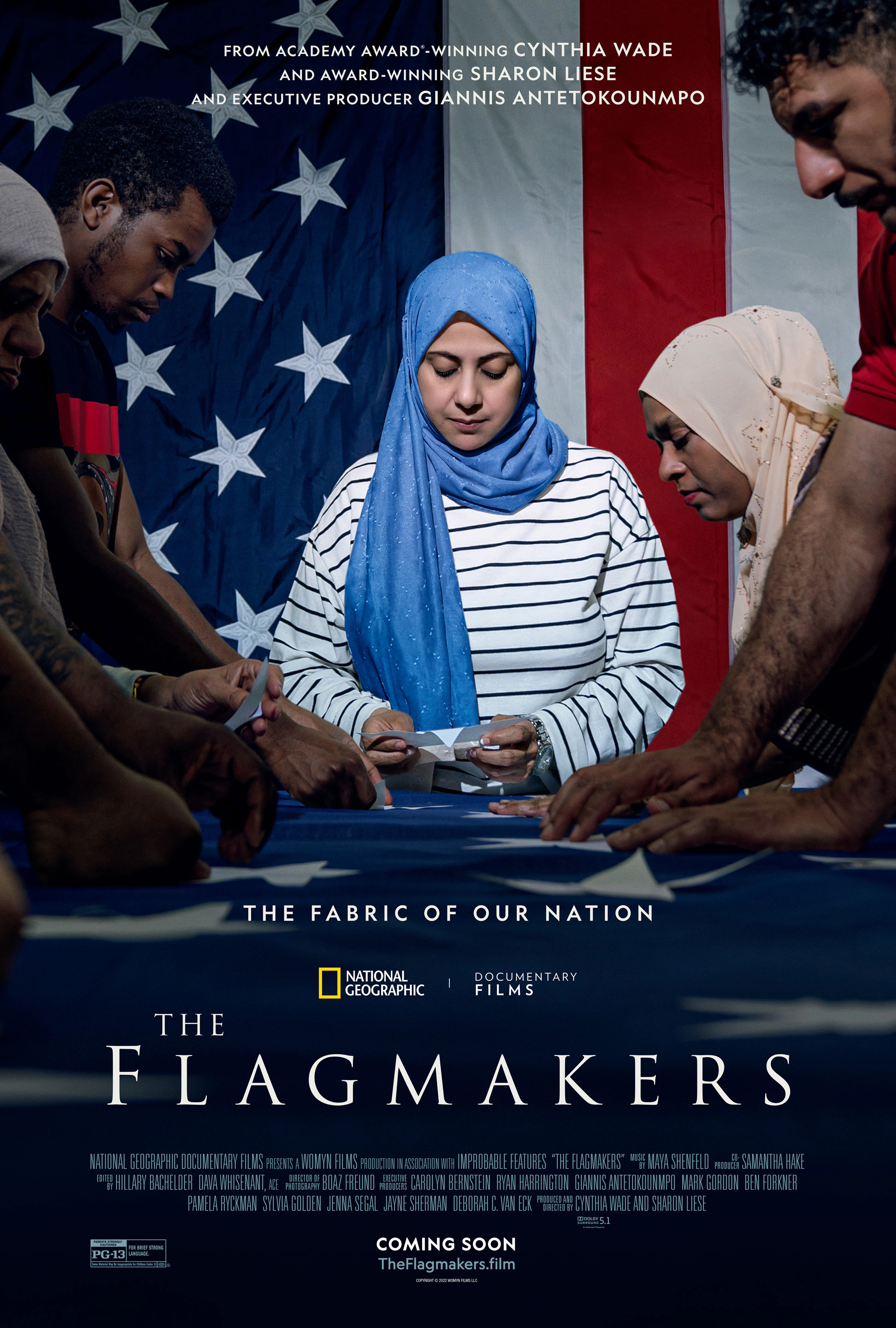 The Flagmakers shines a light on a fascinating part of America that is worth exploring.

The Flagmakers (2022) Review By Mark McPherson 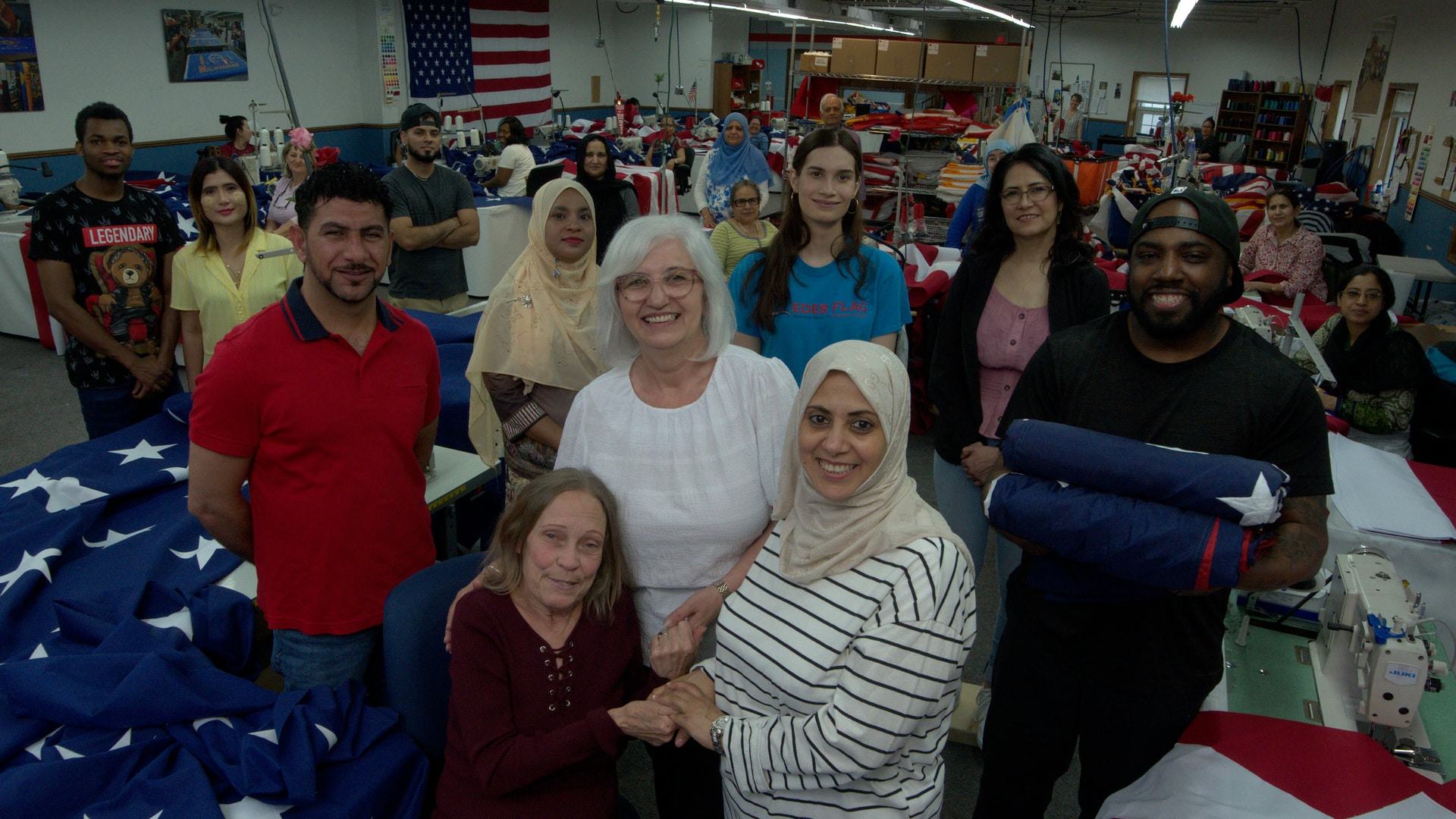 The Flagmakers is a short yet poignant and important picture of the nature behind America’s most iconic merchandise. There’s no shortage of American flags in the United States of America, but where do they come from? Well, it wouldn’t seem like a uniquely American product if it wasn’t made in America. This film documents the men and women behind this production of American flags. They come from different backgrounds and have different outlooks on America itself.

We get to follow a handful of flagmakers' lives and insights. Some of them are women who have been working for the longest time and finding it hard to get used to the slew of immigrants and refugees now serving in the organization. Some of them are immigrants just trying to get by and live out the American dream. Some of them are African-Americans who have grown deeply disillusioned with that dream. As one black worker notes, they love this country, but it has a terrible history that lacks improvements. Considering that this film was taken between 2019 and 2021, you can easily see why so many workers find it hard to manufacture a product that doesn’t feel like it represents them.

The film is much more interesting for the mindset of the workers than the mechanics of their jobs. As showcased in a few scenes, there isn’t much to their jobs beyond factory-style cloth work. If the film were focusing just on that for a routine piece of patriotic pandering, the film would be half the length. Rather, the film adopts the much more important lifestyles of the workers and how they view America. It was somewhat intriguing to hear a Muslim immigrant speak with his wife about how this job could open the doors to their dreams of traveling across the country. He brings up the many states they could travel to in the future. When he brings up Texas, she comments briefly that they can skip Texas. Such honesty paints a picture of Americans are wise to how the country has shifted in its politics.

We get a lot of time spent with a long-time immigrant worker who mentions how she loves America, but America might not love her back. By the film's end, she returns to her home country but stops in New York City to get one last glimpse of the country. It’s a fitting final visit for her departure, seeing where dreams start, and many arrive before leaving herself. There’s also a chance to see large American flags, but she’s probably seen enough of those for one lifetime.

Current events are not shied away from in this picture because it feels impossible to ignore. Topics of Covid-19, police brutality, and the January 6th insurrection in the capital are all addressed. Workers are checked for Covid before returning to the factory floor and watch on in despair at the news footage of the insurrection. With democracy and freedom having grown with decay, the workers feel a sense of emptiness in what they produce. They still make flags to pay the bills, and the community they’ve formed with many cultures is certainly a reason to come back to work every day. But watching the flags you create being used as literal weapons during far-right protests, it becomes harder to look at where these red, white, and blue products will be going.

The Flagmakers shines a light on a fascinating part of America that is worth exploring. Americans tend to favor products made in our own country for a sense of pride and economy. Rarely do we question the nature of that work and how it feels to be crafting a part of the country. While it feels like there’s a bigger story to tell beyond the mere 40 minutes, what’s present here is a strong encapsulation of the American dreams biggest pros and cons in the 2020s.