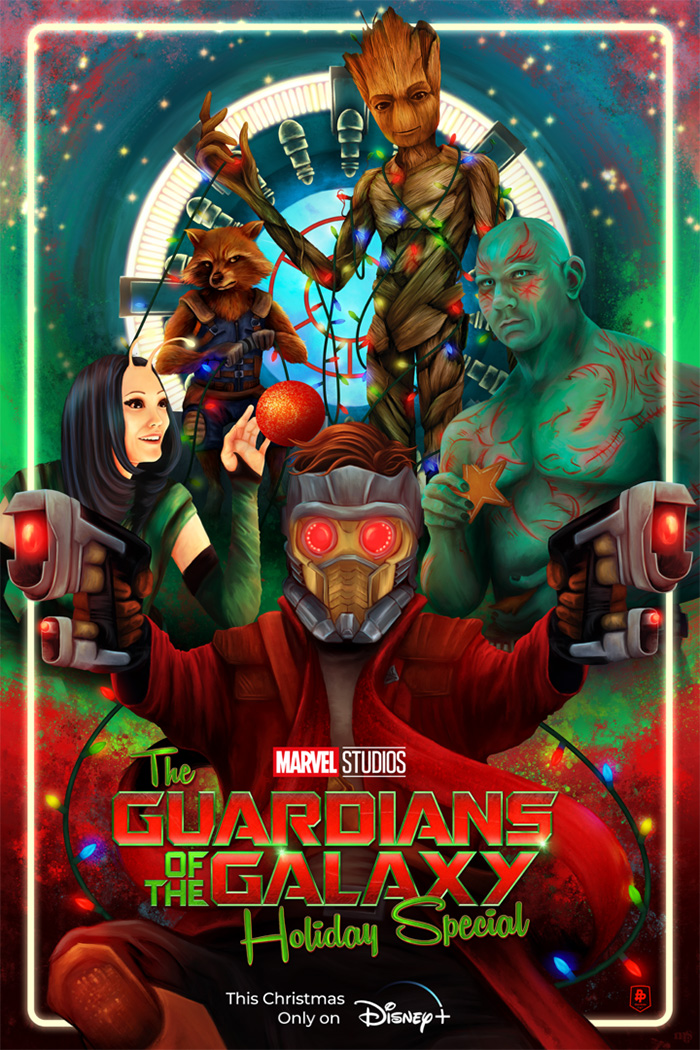 The Guardians of the Galaxy Holiday Special delivers a surprisingly standard holiday special for a series known for showcasing misfits that subverted convention.

As a bit of a special treat before James Gunn’s big return for the completion of the Guardians of the Galaxy trilogy, Marvel fans got an early Christmas gift with this Guardians Holiday Special. Unfortunately, the roughly hour-long special is a bit of a mixed bag. The special certainly delivers on this aspect in terms of serving up more sci-fi character hijinks. That being said, it still feels like a predictable type of Christmas special that offers surface-level fun that sometimes misses the mark more than it touches on that allure for the outsider angle the series was known for.

The premise is incredibly simple. Peter Quill (Chris Pratt) feels a bit homesick around the holidays while managing his newfound colony of the Ravagers. Recognizing this sadness, the duo of Mantis (Pom Klementieff) and Drax (Dave Bautista) decide to give Peter a gift to make his galaxy adventures feel like Christmas. The perfect gift, they theorize, would be to invite Peter’s hero, Kevin Bacon, to a Christmas party. Replace the world invite with kidnap, leading an Earth-bound adventure where Mantis and Drax have plenty of fish-out-of-water moments of adjusting to Christmastime on Earth. Of course, Peter will have mixed feelings once he discovers that he’s been gifted a kidnapped Kevin Bacon for Christmas.

The special is more pleasing for its elements rather than how they all come together. Watching Mantis and Drax bicker over gifts and food is fun, but they dominate so much of the special that a little bit of their silliness goes a long way. This leads to the special veering into some safe zones of easy comedy, as when they get drunk at a club and amble around a celebrity lookalike area of Los Angeles. Having Kevin Bacon play himself is cute for a handful of scenes, but the gimmick wears out its welcome fast.

Several presentations are at least fun. The opening recollection of Peter’s first Christmas in space with Yondu is cleverly presented with rotoscoped animation that replicates the style of Ralph Bakshi. The opening credits feature a rock song trying to convey the spirit of Christmas through an alien band that has interpreted Santa Claus through second-hand sources, leading to some laughable lyrics about breaking and entering. Even the club scene has its moments of charm. But so much of the comedy relies on the mere presence of Bacon and the team of Mantis and Drax misreading so much.

If it sounds like there aren’t as many other Guardians in this special, that’s very much the case. We get the full cast of characters, including Peter, Rocket, Groot, Nebula, and Kraglin. But they’re mostly bookends to the greater tale of Mantis and Drax on their quest for the perfect Christmas gift. This would be fine if it weren’t for their antics growing old rather quickly, making one long for a full Guardians feature where it feels like there’s more for all the characters to do. Despite a certain revelation about the relationship between Mantis and Peter, the special feels like a series of Guardians cameos akin to their brief appearance in Thor: Love and Thunder.

The Guardians of the Galaxy Holiday Special delivers a surprisingly standard holiday special for a series known for showcasing misfits that subverted convention. The special is pleasant for Guardians fans who want to hang with the rebels once more but won’t garner the same heart and humor that the past two films generated so well. The best thing that the special does is make one long more for Guardians of the Galaxy Volume 3, hoping to see all the Guardians present rather than watch a couple of them finish their Christmas shopping.