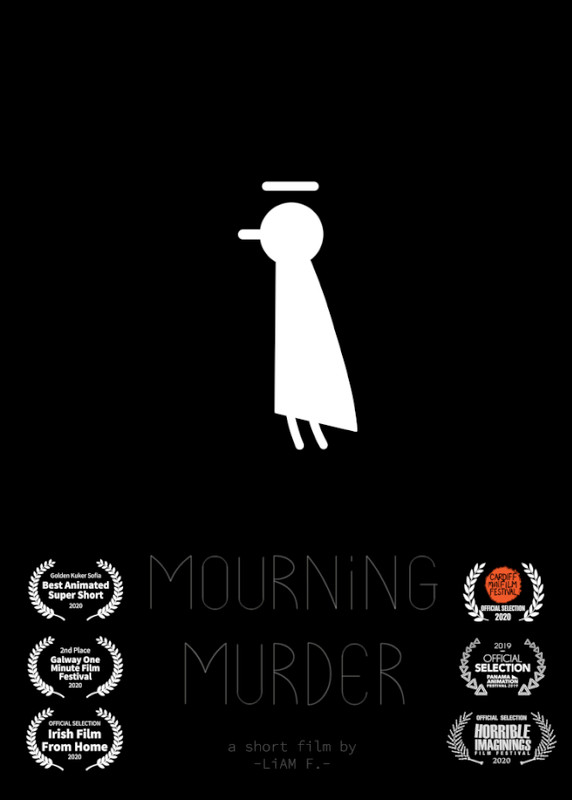 The harsh yet simple nature of Mourning Murder makes this brief animation a powerful short film. 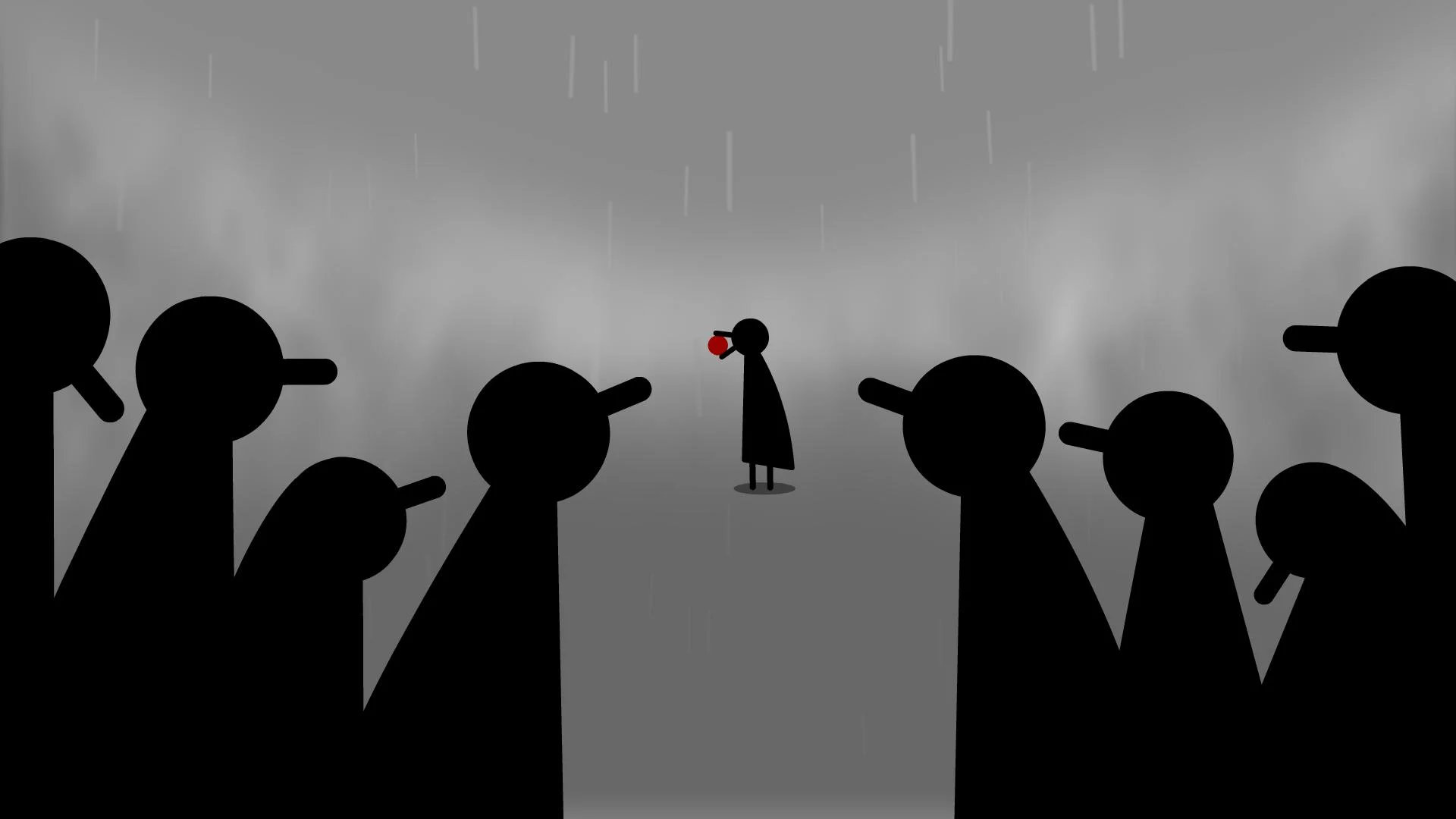 Mourning Murder may at first look like a rather simple micro-animation. The characters of the crows are all simple shapes, devoid of detail. The story is ridiculously short, only about a minute in length. Yet there’s something fascinating about how rapidly this short film treats death in a cathartic yet believable manner.

The premise is that a murder of crows has gathered together to honor the loss of one of their own. The crows circle around the body, offering up gifts for the deceased. We don’t know how the crow died. It’s just dead. Everything dies and this group shows their appreciation in their own way. One crow brings a red ball, small enough that it could be rubber. He places it in the funeral area for the fallen bird where the other crows have paid their respects.

The funeral is brief. It is rudely interrupted when a cat makes its way onto the scene. The crows disperse as the cat sinks its teeth into the dead bird’s body. The crows may want to respect the body but, to the cat, it’s a trophy to show. After the cat leaves with the body, one of the crows returns. The crow observes the messed-up funeral area. He takes the ball back and flies away.

There’s something so sad and darkly comical about this depiction of animals and death. We, as humans, tend to view death as more of a ritual of passing. We treat our dead bodies with respect, be they buried or burned. We hold funerals and celebrations for them, paying tribute to a legacy that we want to remember. It’s far different from how animals treat existentialism. This is not to imply that animals do not feel a sense of loss. But they do have little room for loss in a world where they are hunted or are desperate for food.

The short highlights how quickly that time of mourning can pass. We may grieve for a time but then something else will come up. Another threat to our lives comes about and we become distracted. Caring for the dead gets pushed out of our minds for the more immediate and we often disperse, leaving the body to the elements. We also may take what we need to survive. Sure, we may invest some money into a funeral but how much? After all, times are always tough. You could probably use that money to pay off your debt or make rent for the month. Why would the dead miss it? They’re dead, after all, and you’re alive.

The harsh yet simple nature of Mourning Murder makes this brief animation a powerful short film. It’s direct and to the point while saying quite a bit about our relationship with nature and death. We may believe ourselves to be more respectful of recognizing death with our many funerals. Ultimately, though, we’re just mammals and die the same as every living creature. So we can’t be too surprised if a creature may haul off our body or another may pluck some flowers off our grave.