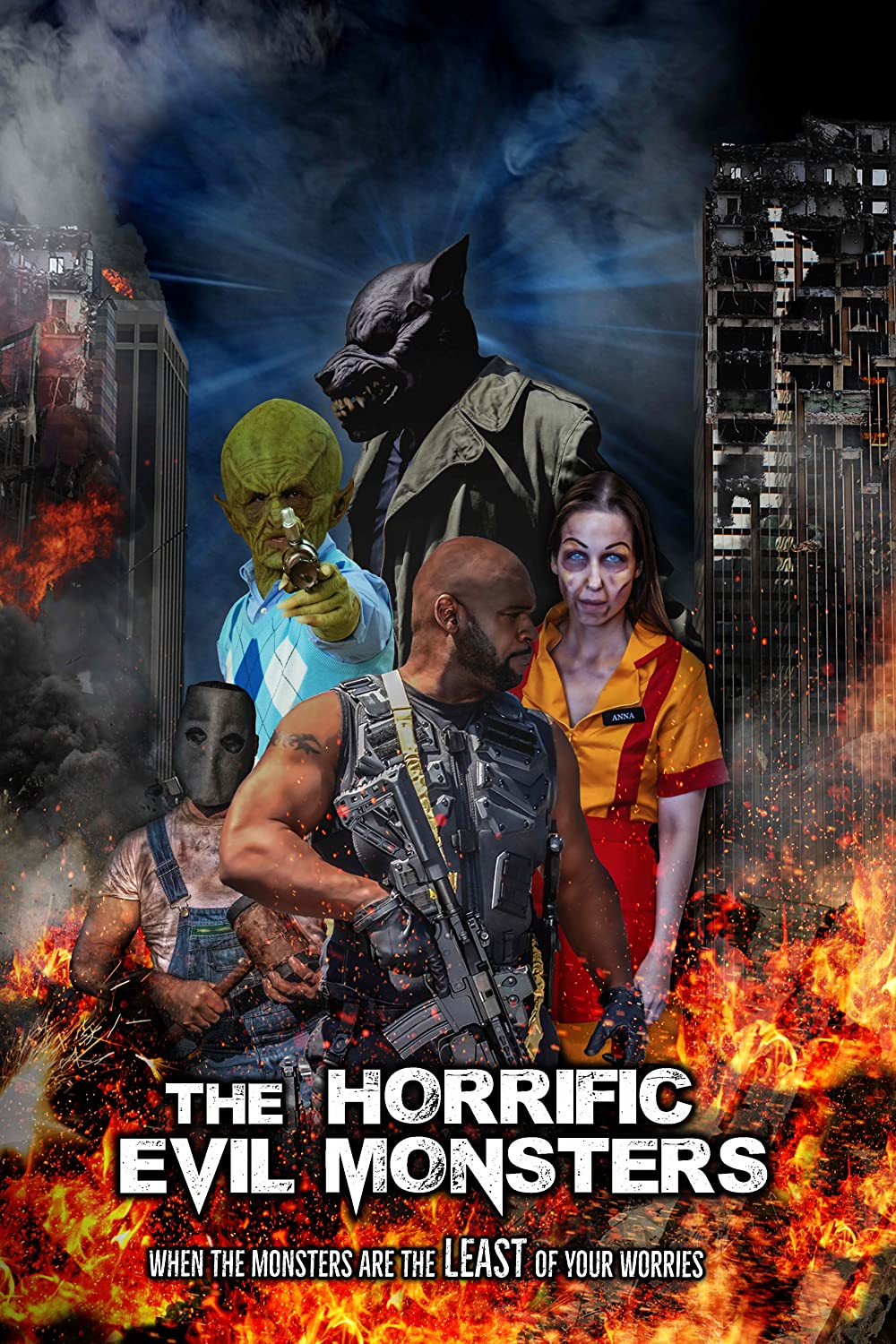 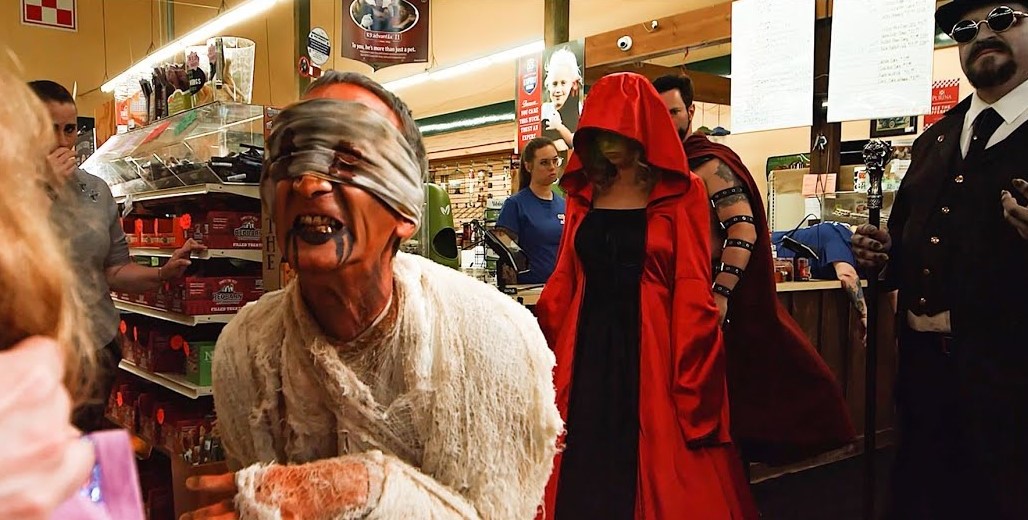 In the era of superhero ensembles, it would seem like having a horror team-up movie would be a fun and timely idea. What if instead of a bunch of spandex-bound superheroes fighting supervillains it was a bunch of monsters and killers fighting much eviler creatures from beyond our world? That could make for an exciting film. The emphasis, however, should be on the word “could.”

This is a B-movie that spends so much time trying to set up all the pieces it forgets to tap into the real meat of this type of story. For a film with aliens, zombies, gods, and vampire slayers, it’s shocking just how boring it becomes. It exists somewhere between Men In Black and Monster Squad, perhaps with a little Suicide Squad thrown into the mix considering the film was released the same year as The Suicide Squad. The problem is that all those films had a consistent tone and observable stakes that made them compelling and quirky. So much of The Horrific Evil Monsters is off-key that it becomes annoying how close it gets to reaching its goals and then stumbles time and time again.

The problem is that this 70-minute film meanders far too much for its gimmicks. For example, I love the idea of a former slayer of monsters being forced to perform in infomercials for knives. That’s funny but there needs to be some extra cutting and timing, if not for the sake of the comedy in this scene than to make it feel more believable as an actual infomercial. The idea of an alien who finds himself more fascinated by books than probing humans is a funny idea but the ill-fitting voice placed in ADR just doesn’t work.

A slew of misfit monsters and slayers are called upon to handle an apocalyptic threat to Earth. Biblical forces are venturing to the Earth realm with their magical forces to bring about the end of days. This includes a cloak-bound sorceress, a voice-altered warrior who looks like he stumbled off the set of 300, a ghoul who speaks in a manner similar to Gollum from Lord of the Rings, and the specter of death who looks particularly dull in terms of the interpretation. A government agency, specializing in handling monsters, recruits the misfits to tackle this threat. The problem is that so much of the film is spent trying to divulge the mechanics behind this group and the politics of combatting supernatural forces. This is surprising because even with an onslaught of dialogue, there still isn’t a concrete idea of what the forces intend to do and how the team forms. The team itself seems to come together with ease, and it isn’t too long before the monster slayer and alien are requesting chicken wings before their mission.

The film has an incredibly low budget which would be fine if it didn’t feel cheap throughout. For instance, there’s a scene where the biblical warrior is supposed to shock a crowd with his declarations of death and slaughter somebody. This scene was probably meant to be a mixture of both terror and comedy but it’s so awkwardly staged with the fights and cuts that it just doesn’t work. It feels like watching an assembly cut of the footage that’s in need of some post-production magic to make the fantastical feel fantastic and not just look like a Spirit Halloween exploded all over a set.

The Horrific Evil Monsters is sadly a lackluster title for a lackluster B-movie. Despite the low bar for B-movies, this is a film that just doesn’t work for the many levels it wants to hit with the many characters it wants to present. A film with a funny alien in a sweater deserves so much better.