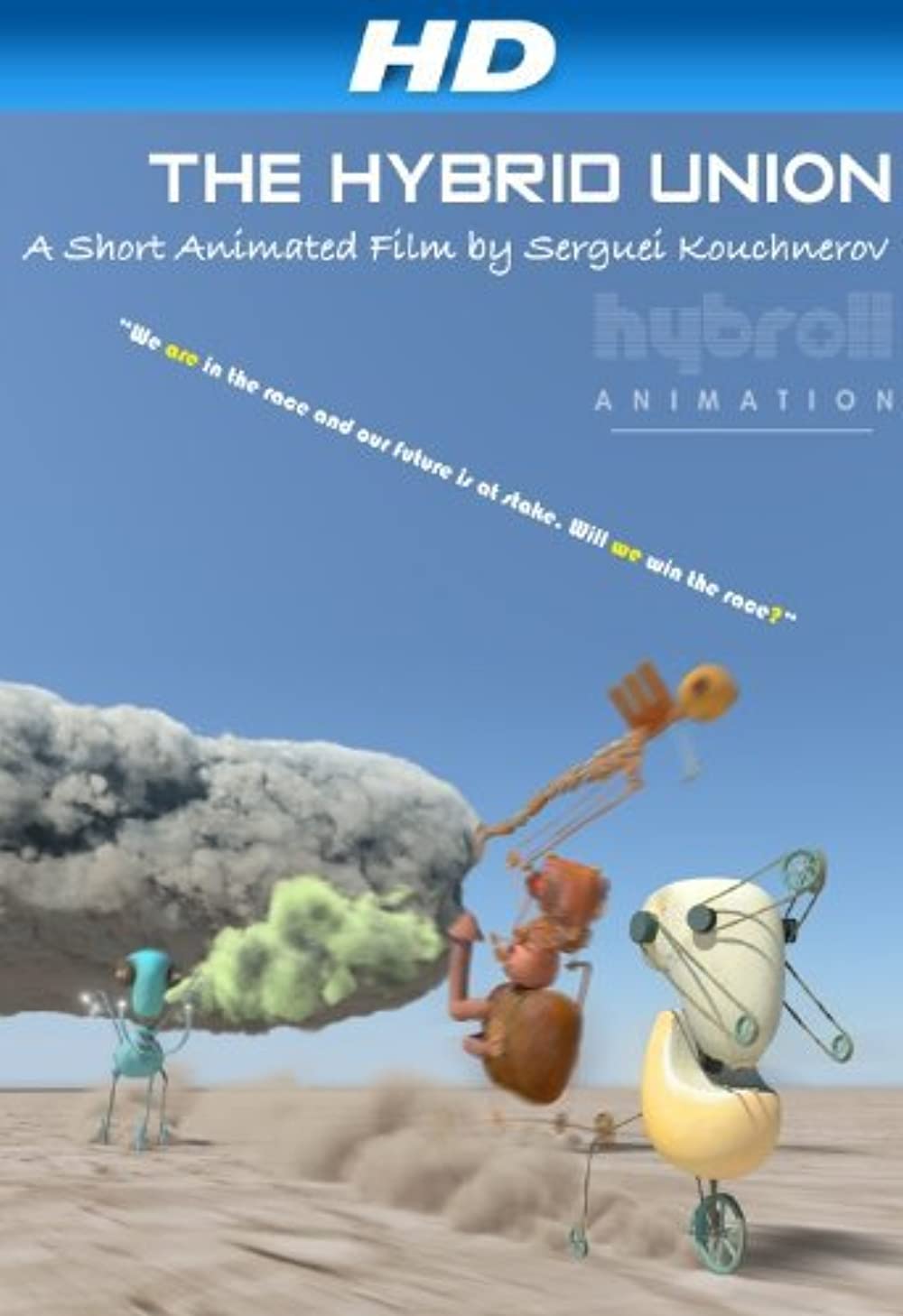 The Hybrid Union is as playful as it is intelligent.

The Hybrid Union is an animated short that is simple in its abstract staging yet nuanced enough to carry something more than visual allure. There’s certainly something present in the picture about how technology and nature can either be at odds or work in conjunction for progress. But if those weighty themes seem too big, the short itself is charming enough for its brisk and cute appeal.

The film takes place in an endless desert of dry and cracked dirt. A massive cloud hovers over the land, looking like a perfect box. Seeking to outrun this cloud is a wheeled robot that is solar-powered. We don’t know where the robot is going, only forward. The cloud is also moving forward. The robot could literally go any other direction but chooses forward. If he lags behind, who knows what will happen.

While they also outrun a cloud, they’re both trying to get ahead of a smaller, simpler robot that finds a little issue with the environmental factors. Even when faced with the story’s climax of the cloud dispensing snow, the little robot learns to adapt and move forward. The other robots try to find a way to keep going but their efforts lead to more accidents than innovation.

The visuals are adorable. The computer graphics are posed in the form of simplistic shapes with light colors that’ll please just about any age. I really loved the rickety design of the steam-powered robot as well as the rounded features of the solar-powered robot. Even the speedy little robot has this playful edge to how its basic design reveals an advanced means of survival.

There are a few ways to interpret this. In one way, the two robots lagging behind the third could represent how old tech needs to better adapt to continue onward. That may sound odd when considering that solar power seems like a suitable alternative to previous resources but both bots rely on certain environmental conditions to keep going. They don’t meet the requirements of humans who learn to adapt to everything from hot temperatures to snowy tundras. In another way, the speeding robot represents a lacking personality for the future. The two lagging robots have faces and features. The more adaptable robot may push onward but he has no defining facial features or a desire to work with others. Is it even a he?

The Hybrid Union is as playful as it is intelligent. It rises above the emptiness of the landscape and abstract robot designs to become something both uniquely insightful and eye-popping with its animation. As far as animated shorts about robots go, there’s more to this picture than just a mere race of quirky contraptions.