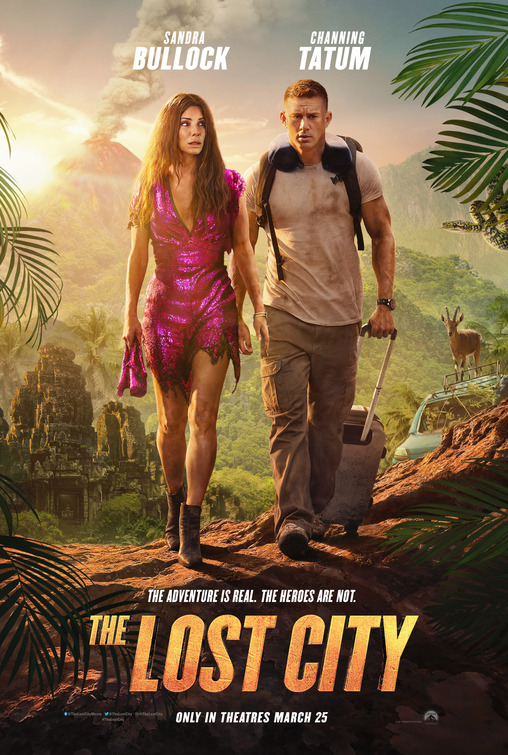 The Lost City is a standard yet sufficient adventure film. 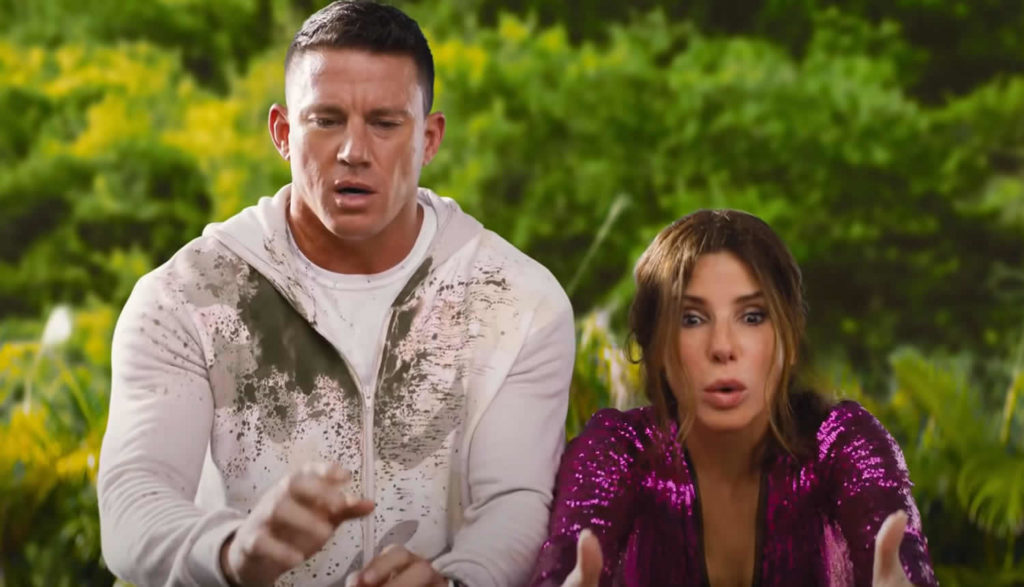 One look at the trailer for The Lost City and you’re probably already relating it to Romancing the Stone. The premise is quite similar involving a novelist being whisked away on an adventure she’s only written about. The romance is there as is the comedy, along with a treasure-hunting plot that is serviceable yet forgettable. While the film may not be all that original, there’s a decent enough dynamic that this familiar path has its moments of being fun.

Sandra Bullock plays Loretta Sage, a weary romance novelist who would much rather be writing stories about tombs and ancient civilizations. But sex sells and that’s all her agent wants from her. She begrudgingly makes deadlines to maintain that best-seller persona, appearing at conventions and events of her many fans. Of course, her fans are more about the steaminess than her insight into the old societies yet to be discovered.

They’re also more interested in Alan Caprison (Channing Tatum), the model who appears on the covers of Loretta’s books as the central hunky character. While Alan still loves playing up to a crowd, Loretta can hardly keep up the grin for her appearances. While she contemplates ending her current novel series, she’s approached by the eccentric billionaire Abigail Fairfax (Daniel Radcliffe) with a proposition. As it turns out, Loretta’s writing is not all that fictional and she holds the key to finding a lost treasure. Before she can question her writing further, she’s taken against her will to the jungle to find out what lies in the unexplored parts of the globe.

You can probably paint a pretty predictable picture of where this story will go. Thankfully, there are some solid moments of character and comedy throughout. Bullock is perfectly playing up her usual persona of the straight woman who is the most critical and scrutinizing of the central pairing. She plays off Tatum who stumbles and bumbles around as the dumb muscle who isn’t quite up to being an adventurer. Their back and forth is fun but it’s also just as fun watching Tatum play off of the more experienced adventurer played by Brad Pitt. There’s some clever staging in placing Pitt as more of a supporting player in an over-the-top version of the type of character he usually plays.

The film is loaded with many moments of improv-style comedy where the actors feel like they’re winging most of their funny lines. Their batting average is decent for this picture. There are some silly moments between Bullock and Tatum on their quest involving car chases and treks through a dangerous jungle. Some highlights include the two of them feeling guilty for a chase that results in them indirectly killing henchmen and encountering leeches on their skin. Bullock fairs well enough for a comedic scene where she awkwardly comments on Tatum’s naked figure.

The violence is also pretty pleasing for the punchlines they deliver. There’s one surprising death that changes up the dynamic and the standard villain sneering from Daniel Radcliffe about wasting lives works decently for this type of picture. The car chases are ridiculously awkward, the tomb raiding complete with crumbling cliffs, and fight scenes feature Tatum struggling to get used to punching and killing.

The Lost City is a standard yet sufficient adventure film. It’s a solid serving of absurd rom-com action perfectly suited for women who want to enjoy the campiness of romance novels while still appreciating some subversion satire on the genre. On that level, the film is a passable escapism for a film all about escapism.