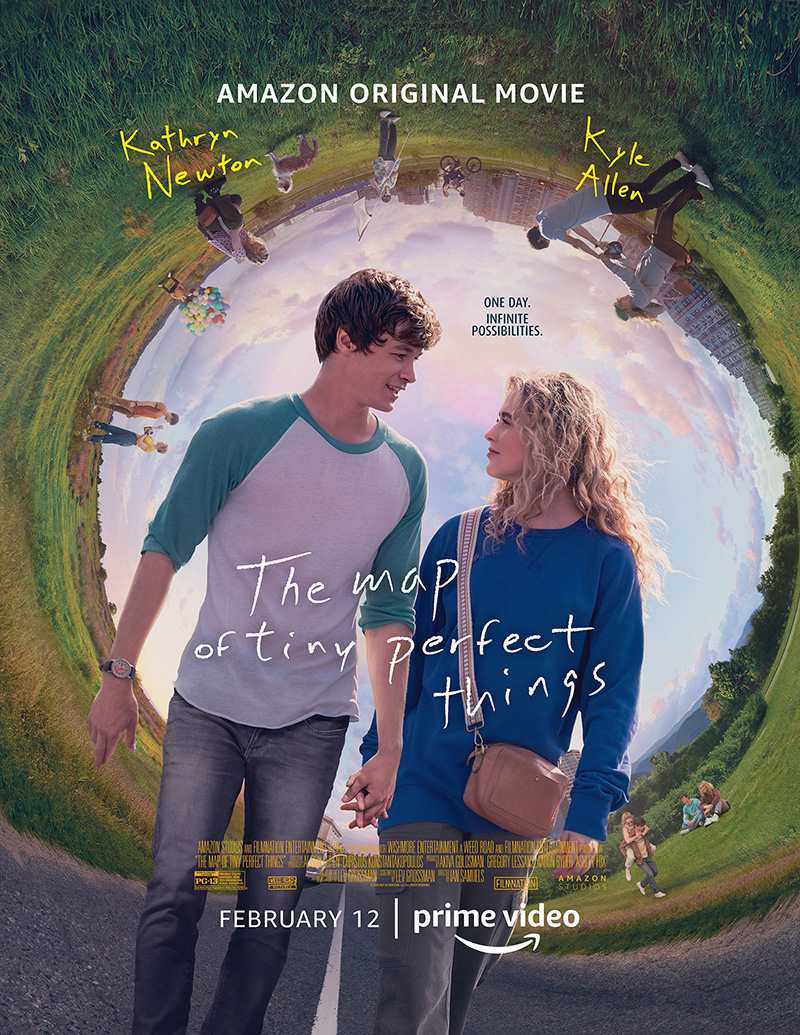 The Map of Tiny Perfect Things is far from perfect but rather admirable in its own tiny ways.

The Map of Tiny Perfect Things (2021) Review By Mark McPherson

It’d be easy to be so sullen about yet another time-loop film. Didn’t we already get one of those last year with Palm Springs, taking the rom-com formula of wedding flings in a wild direction? Didn’t we also get one this year with the action-heavy Boss Level? Doesn’t this teen-romance version just feel like a stripped-down version of Palm Springs? The answer to all of these questions is yes.

That’s not to say that The Map of Tiny Perfect Things doesn’t have its moments of brilliance when it can find more to reference than Groundhog Day (and who knows how many more times that film will be reaped for comedic stagings). The film doesn’t waste much time with introductions, starting off with the high school student Mark already waking to a day where he knows everything. He knows when the toast will rise, what his dad will talk about, and where that lost lady on the street is headed towards. Not yet at the apathy part of his repetition, Mark is currently in that golden time, where you feel as though you have full control of the universe and bask in that power.

Mark fancies a girl named Margaret but feels that relationship would never last since he’d only have a day to let that love flourish before she forgot him. As it turns out, however, Margaret is also caught up in the same time-loop. Naturally, they’ll work together to figure out how to break the constant repetition of the day but not before they learn to connect with each other. Mark opens up to her about his love for films such as Time Bandits while Margaret finds it tough to talk about a certain part of her day that remains off-limits. Of course, honesty will come the more they spend time with each other, as will the lifting of the curse.

The plotting of the time-loop is, naturally, so flimsy with whimsy that there’s little care for the specifics. The working theory the couple has is that tracking down the perfect moments in their town will somehow solve the riddle of the time loop and break the repeating of days. It’s shaky time logic that the film even gleefully admits is pulling out of the Doctor Who technobabble playbook. What makes the film work is that the ultimate resolve is not exactly a scientific solution but a decision to move on from grief. We later learn that it is Margaret’s doing for wanting to preserve a moment in time she’d never want to end, where death stands still.

Based on the book of the same title by Lev Grossman (who also pens the screenplay), this story has a typical staging of young adult rom-com. We get to know and like Mark and Margaret in their simplistically quirky ways. Mark is interested in how he is frustrated by his father trying to put his dreams ahead of his own son, leading to many acts of rebellion in the many do-overs that Mark gets with confrontations. Margaret has her unique abilities to handle video games and keep up with Mark’s wild logic in how they both relate to science fiction. As an adult, there’s a refreshing nature to a film such as this where teenagers connect more on a geeky level. This is perhaps just the wish-fulfillment of adults coming to life but, hey, it got to me.

The Map of Tiny Perfect Things is far from perfect but rather admirable in its own tiny ways. The writing won’t surprise and the formula becomes predictable for more than just the repetitive nature. But much like every meet-cute romantic comedy, you already know the ending and it’s less about whether or not they will get together and more about if you want them to end up together. Kathryn Newton and Kyle Allen deliver solid performances in this regard and add some much-needed charm to a storytelling device that is getting to the point where I wish the loop would finally be broken.