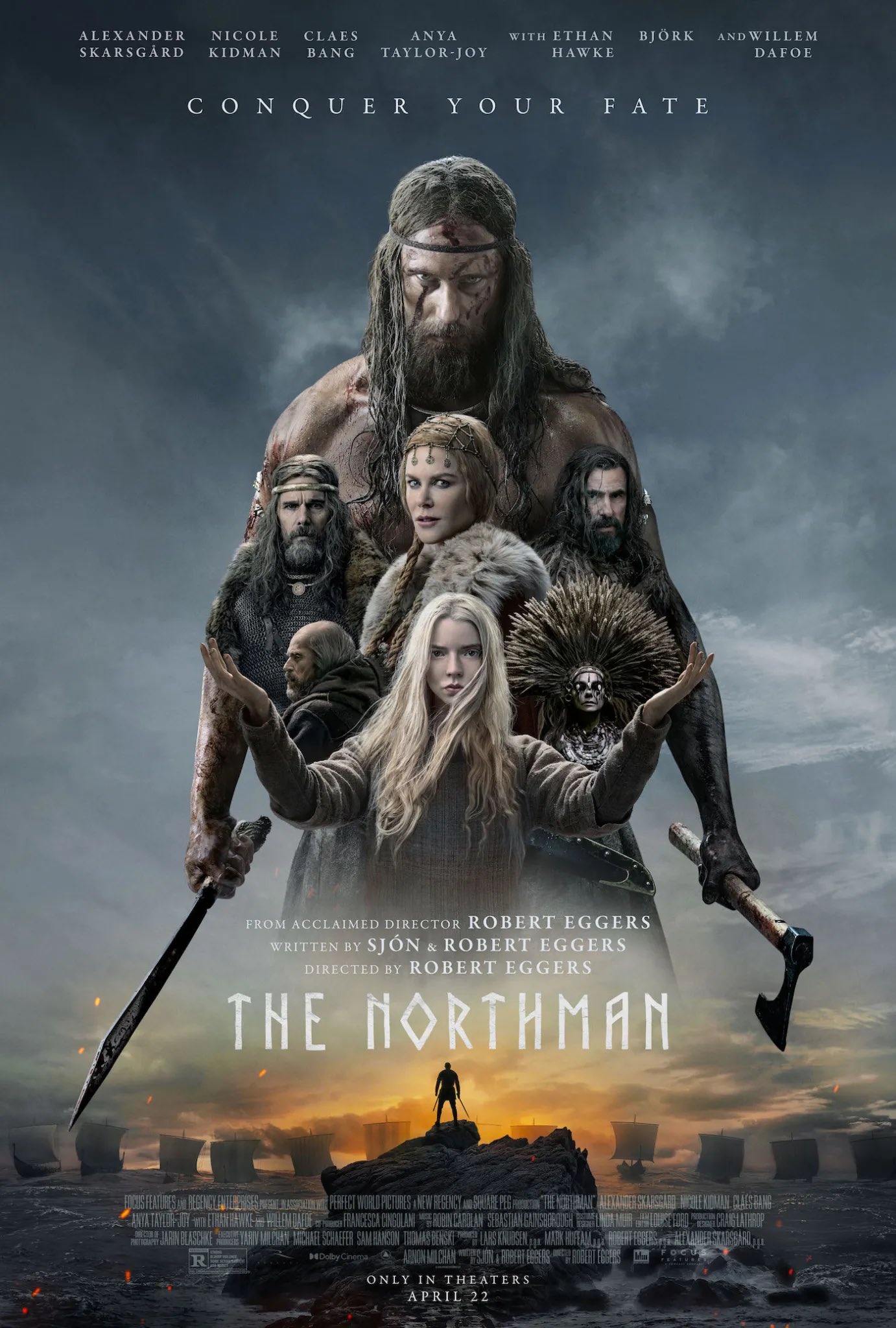 The Northman is another hit of cerebral terror from director Robert Eggers.

The Northman (2022) Review By Mark McPherson 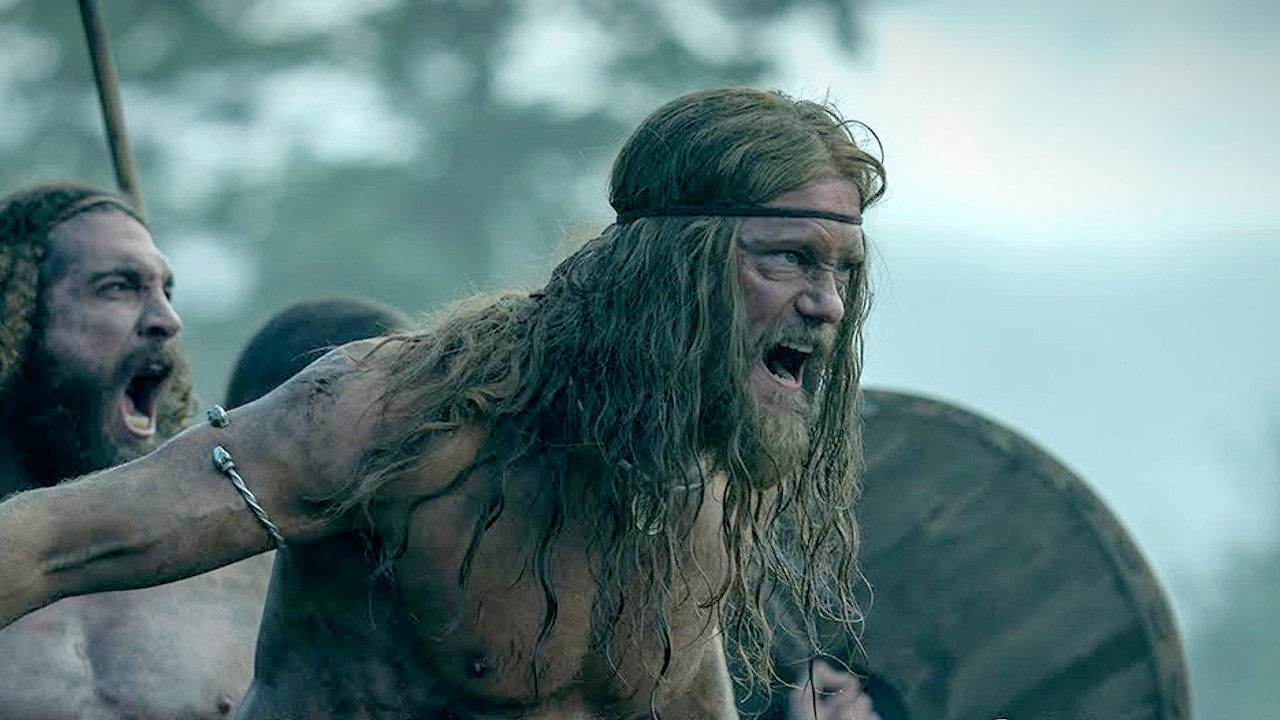 Robert Eggers continues directing some of the most surreal and brutal of historical thrillers with The Northman. Much like his last movies The Witch and The Lighthouse, this is a film that finds people losing their minds while trying to seek answers in cruel worlds. Set in the era of Vikings, there’s no shortage of violence and plenty of lore for one to become lost within. And yet the film never loses focus for its contemplations on the nature of masculinity, revenge, and legacy.

At the center of this story is Almeth, the Viking prince of his tribe. Raised by his father, King War-Raven (Ethan Hawke), Almeth is set to inherit his dad’s role in their Irish coast village. He learns the ways of his people and is given a trippy coming-of-age ceremony in which he acts like a dog while the cackling jester (Willem Dafoe) speaks of how men function. After being shown a surreal vision of his own legacy, Almeth then witnesses his legacy being slaughtered by War-Raven’s jealous brother of Fjölnir (Claes Bang). After killing the king and seizing his wife Queen Gudrún (Nicole Kidman), Almeth escapes his ransacked village, aiming to return and avenge the death of his father.

Almeth grows up to be played by a muscular and violent Alexander Skarsgård. He’s become hardened by a world where he’s grown up being the part of a roving collective of Vikings, killing and pillaging anything in their paths. It’s an empty existence, finding little thrill or satisfaction in such cruel acts as killing men and setting fires to houses of women and children. It’s only once he learns of Fjölnir’s tribe buying slaves that he finds a way to regain the throne he was promised. He poses as a slave and is sold into Fjölnir’s collective. Having not seen Almeth since he was a child, Almeth has the perfect cover. He uses this life of slavery to slowly gain the favor of the tribe and slowly slaughter those who wronged his family.

Almeth’s quest for bloody satisfaction is suitably messy and dark. He finds himself dealing with supernatural elements, relying on a sword that can only be opened at night that will surely slay Fjölnir. He finds himself combatting zombies of the past for the right to his destiny. His visions of the afterlife find witnessing valkyries carrying him off to Valhalla, ensuring that his life will only end in violence. All of it is staged with an eerie tone and a grotesquely dirty style, where his third for vengeance leads to him chopping up bodies in all the worst ways.

There’s also a deep questioning of manhood within the picture. For his entire life, Almeth has believed that the only way to be a man was to be brutal, cruel, and willing to die in battle. He believes if he places himself in this hell that he’ll be able to restore a certain piece. It’s only once he probes deeper into Fjölnir’s rule that he realizes it’s not as simple as thought. Most of his problems stem from not being able to understand the desperation and desires of women, leading to Kidman delivering a shocking monologue when confronted by her lost son. Also, you can’t forget Anya Taylor-Joy as the slave Olga, rebellious enough to be both an ally and lover for Almeth. He gives him a reason to fight that he didn’t have before and realizes there’s more to life than revenge.

The Northman is another hit of cerebral terror from director Robert Eggers. Comparatively, it’s not his best picture when you look at his filmography of The Witch and The Lighthouse. That being said, it’s still an unforgettable piece of historical horror that manages to be deeper and darker than most within this subgenre. That final sequence of a dual at an active volcano is certainly going to remain in the mind for quite some time.