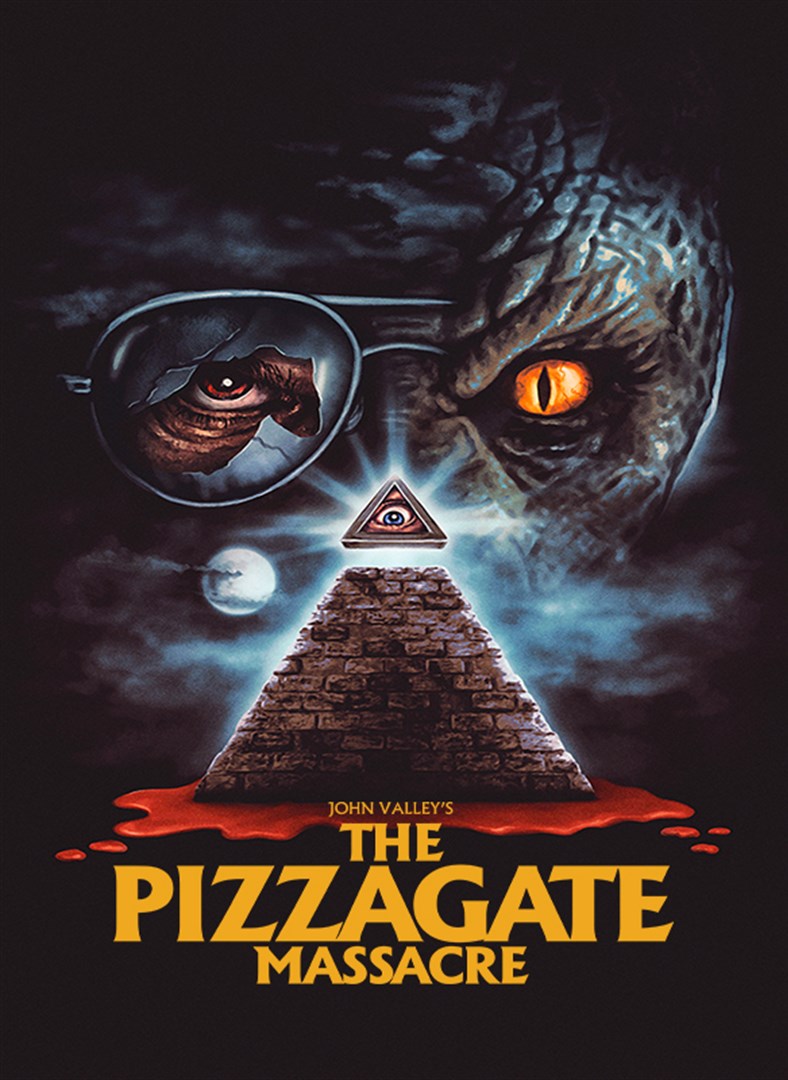 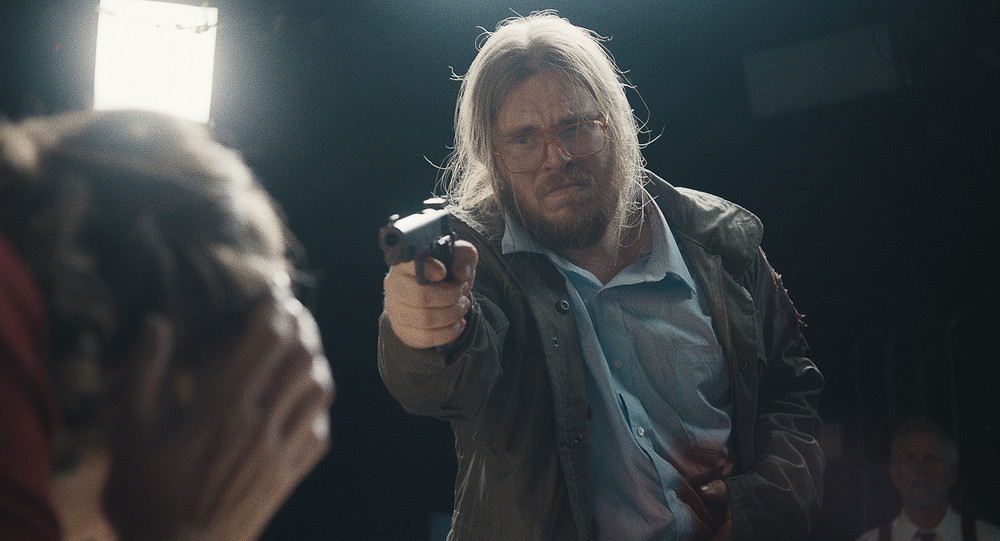 In 2016, a conspiracy theory circulated that presidential candidate Hilary Clinton was involved in a human trafficking and child sex ring. The conspiracy was formed by supposed leak emails where noted conspiracy theorist Mike Cernovich asserted that the Comet Ping Pong pizzeria in Washington, D.C. was a secret location for child sex. This theory was false and eventually proven incorrect but not before somebody came to the pizzeria with a gun and unloaded rounds in the name of trying to stop the believed Democrat sex cult.

The Pizzagate Massacre is not about this event. Well, not directly. Instead of being a direct adaptation, which is probably not as entertaining for a movie, this picture tries to tap more into the paranoia that would lead someone to believe such lies. The film is staged similar to The Texas Chainsaw Massacre by trying to make the events seem like a real act of crime and one with a gruesome end. There’s a certain dread that is also locked into the viewer for treating this paranoia more like a threat than just something to laugh at. People believing in lizard people and child sex rings at restaurants with non-existent basements may seem absurd as accusations but they become dangerous when these same people act on the urgency.

This type of paranoia is spread in the movie by Terri Lee (Lee Eddy), a woman who runs an Alex Jones-style show. She speaks with great emergency about how people need to wake up and recognize that a pizza place in Austin is where the sex ring of lizard people is being masterminded. Everyone on her set is bored and tired. They know this is just another day with Terri Lee, whipping up a grade-A bunk for anybody who will eat it. Nobody is listening with much attention. All except Karen Black (Alexandria Payne), an intern on the floor who is so entranced by Terri’s call to action that she ends up causing an accident on set. Her accident gets her fired but her desire to do something grows even more.

Karen hooks up with Duncan (Tinus Seaux), an equally concerned citizen who believes all the same nonsense she does. When the two find no help from their local militia, seeking to be overthrown by the hot-headed Phillip (John Valley), Karen and Duncan set off to Austin to infiltrate the pizzeria. However, the two are not ready for all that they discover along the way. Duncan thinks Karen is documenting proof of the pizzeria conspiracy but she’s really just climbing the media ladder. Karen thinks Duncan is a fighter for American life but comes to learn he also harbors a confederate flag and has Nazi tattoos, signifying something he may or may not believe. All of this leads up to a bloody and brutal showdown of minds, where desperate people want desperate answers.

This type of dark social satire mostly works. It highlights the hypocrisies of the InfoWars, alt-right weirdos, and how easily they become enraptured in their belief that only they can see the dangers around them. To them, only they can understand the immediacy of the lizard people's invasion and take to arms to strike first. Venturing into a city as Austin seems like an adventure into hell itself for the rural Texans, viewing the many street acts and freewheeling spirits as dark demons residing in a land of sin. What makes this satire work is that it never turns away from this world. There’s never a sobering moment where the walls come crumbling down and characters learn that there is no child sex ring at a pizzeria and that lizard people are not real. By the end of the film, the lies only increase. People like this don’t keep perpetuating because it is something they want to believe. They need to believe all this otherwise their entire crusade, everything they’ve been fighting for will be for nothing.

The Pizzagate Massacre weaves a thrilling conspiracy theory around an existing conspiracy theory. It reveals just enough of the hypocrisy within these movements while resisting the urge to make them easy clowns to laugh at. You can still laugh at them but also recognize that they can be a threat and have a certain ego that will always make them dangerous. While not as probing as the real pizzagate conspiracy, this is a satisfying thriller in its own right.