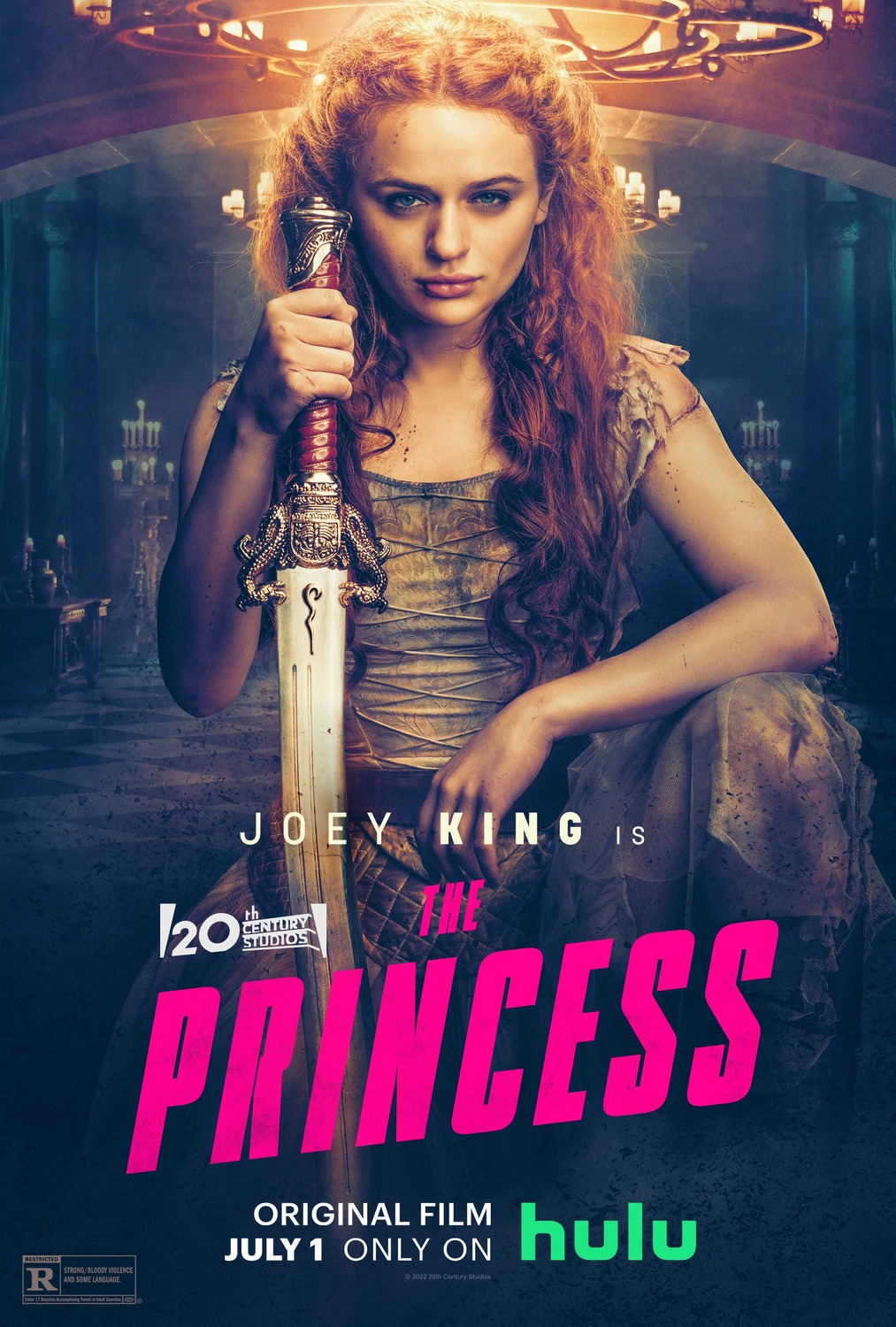 The Princess (2022) Review By Mark McPherson

The Princess is a film so simple in its premise it could almost be called a medieval Die Hard. The idea is simple: A princess is forced to wed and fights off all the oppressors as a one-woman-army nobody would expect. A story like this pretty much writes itself as it becomes a sufficient placeholder for a slew of action sequences. On the basis of focusing on cool fights, this film mostly delivers in that area.

Joey King plays the titular princess who is never given a name beyond her title. She awakens in a room where she is being restrained. Immediately, she goes into attack mode. The cocky male knights did not expect this princess, however, to be a lethal warrior trained for just such an occasion. We slowly learn that her kingdom has been threatened by a nasty usurper, Julius, played by Dominic Cooper. He wants to marry the princess to attain power and doesn’t care who he has to kill to get what he wants.

That’s the basics of the plot. There are a few other characters thrown into the mix that add more to the action. Olga Kurylenko plays Julius’s most skilled warrior Moira, wielding a unique whip with a blade attached. Her weapon is perfect for whipping out throats or mimicking that “Get Over Here” move from Mortal Kombat. On the side of good is Lihn, the princess’s sword trainer played by Veronica Ngo. We get some flashbacks of their lessons before proceeding to the present where they double-team on the hordes of knights who want to slaughter them both.

The story itself is incredibly basic in how it hits all the notes of a feminist revenge fantasy. King is portrayed as a daring underdog who takes no crap from no man. Cooper is the type of egotistical man you love to hate with his grotesque views on women, going so far as to marry the princess’s younger sister as an alternative. Even the princess’s father is portrayed as being backward for doubting a woman could ever lead a kingdom and needs to learn the hard way.

The film mostly works when King is taking charge and killing bad guys in the most overblown ways possible. She slices throats, stabs people in the head, cuts up limbs, chucks swords, throws fire, and takes daring leaps around the castle. She even gets little moments to assert herself, as when she barges into a prison full of guards and takes a full swig of their beer before slaughtering the entire room. As an action showcase reel for King’s skills with combat, this should be all she needs to show to convince any director she could be in the next John Wick or Fast & Furious.

Unfortunately, that’s all the film really has to offer. And as fun as it is watching King engage in an epic fight after an epic fight, the concept wears thin after a while. The cookie-cutter characters offer little excitement for what will happen with them next, even with the promise of watching one character get decapitated in the most bad-ass way possible. Everything in this story is pretty much laid out in the first few minutes with little surprise about what follows.

The Princess works best as a series of action-packed fights but lacks an action-packed story. It’s a barebones staging for some cool medieval fantasy fights and little else. Thrill seekers may get a kick out of a handful of these chaotic scenes which are genuinely exciting to watch in bursts. For those seeking more lore out of their fantasy, something the genre is rather known for, they’ll have to look elsewhere as this picture trims perhaps too much fat from its physically fit frame.