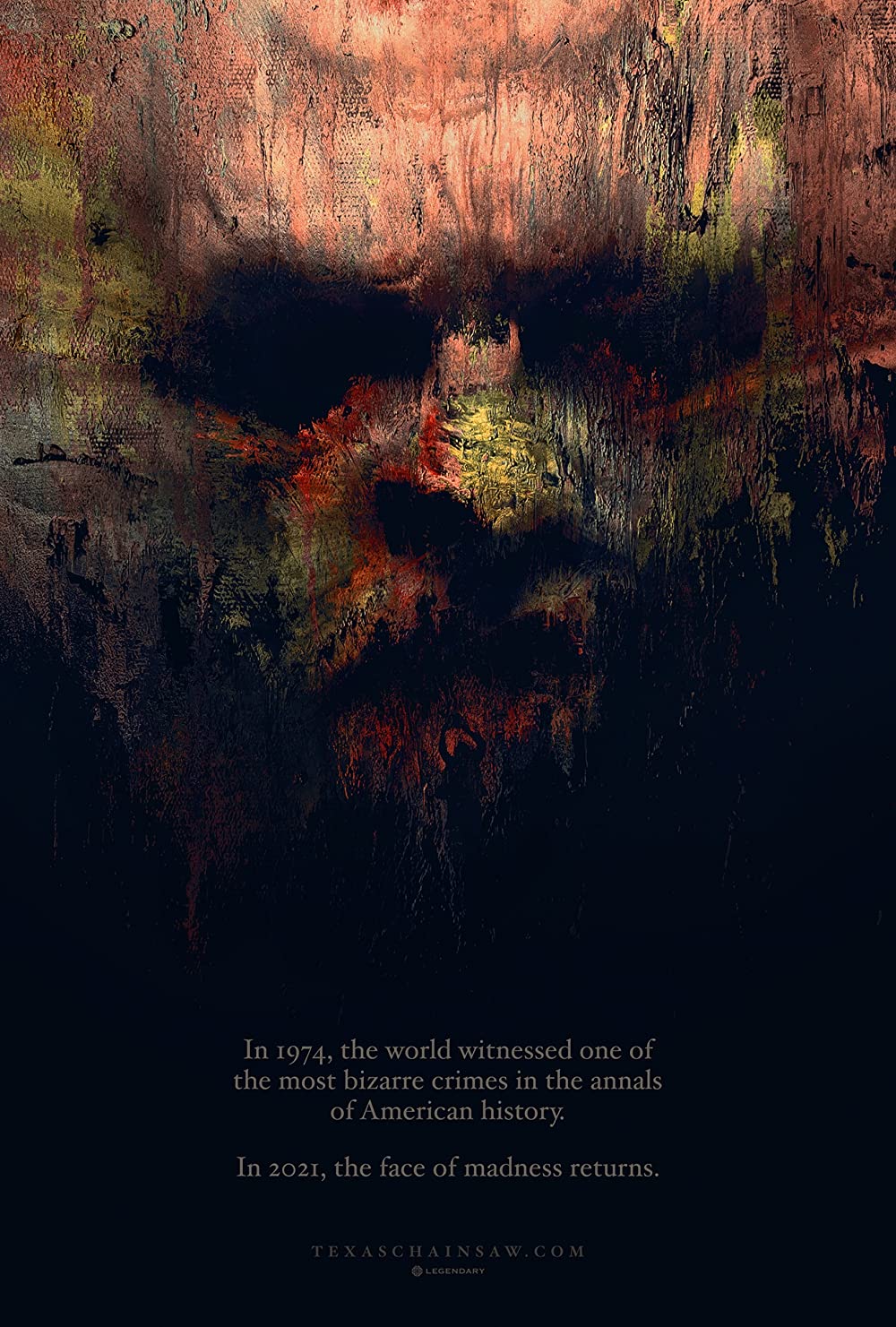 The Texas Chainsaw Massacre returns with a weak growl as this franchise has clearly run out of gas. 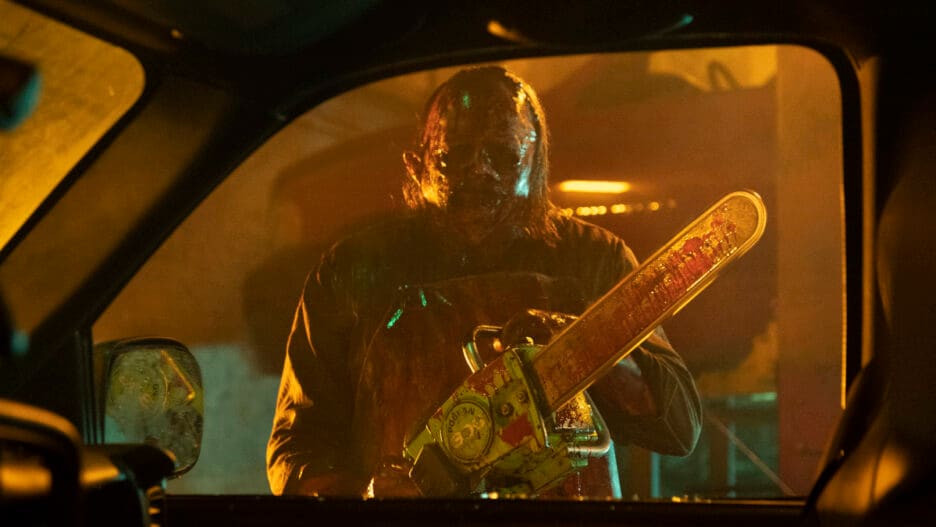 This movie marks the second time in the franchise where a sequel to The Texas Chainsaw Massacre was just called The Texas Chainsaw Massacre. Make no mistake it is a sequel and does continue the story of Leatherface and his murderous rampage across Texas. Perhaps there’s some shame in wanting to associate this picture with the Leatherhead legacy because I could certainly feel a bitter taste in my mouth with this continuance that feels the weakest of this aged and lumbering story.

The premise holds promise but sadly squanders all of it. A small Texas town in the middle of nowhere is getting some renovators as young investors seek the abandoned desert location for a new stronghold of business. A collective of young folks take a trip out to the location and discover there are still some evicted residents of the town. There’s the elderly Ginny who thought her home was free from eviction, residing with a silent man. That man happens to be Leatherface but this isn’t revealed until Ginny dies of a heart attack and the towering giant cuts off some skin for his face. He then fires up the chainsaw and goes to town on the invaders of his dusty old place.

The best that can be said of the film is that it does have plenty of quality kills. Leatherface hasn’t lost his touch for slaughter. There are some surprising and brutal displays of violence, where Leatherface goes all manner of victims. Ambulance drivers get their heads smashed in and tourists are sawed in half before they can make it out of a bus window. There’s lots of blood and gore brimming throughout in messy scenarios, leading up to a grimy finale where the final girl is a bloody mess who takes vicious revenge on the iconic slasher figure.

The problem is that not much is explored in this picture and there are so many opportunities it squanders. It feels like there’s a statement to be made about gentrification but there’s not enough commentary present to make any meaningful statement in the grizzly cavalcade of violence just for the heck of it. Even worse, there’s some social media commentary that comes off like pique Boomer humor when a victim live-streams Leatherface and literally says “Try anything and I’ll cancel you.” It’s an extra dose of cringe in a film that already says a whole lot of nothing.

It feels like there should be some interesting arc for the character of Lila (Elsie Fisher) who survived a school shooting but left with a bullet wound. Any unique observation on the nature of violence and gun culture is immediately tossed out the window and this backstory is treated more like an excuse for Lila to get her revenge on Leatherface. Olwen Fouéré plays one of the original survivors who seek revenge on Leatherface more directly as Sally but her money shot of gracing the screen and her ultimate desire to end this evil comes off as both a last-minute addition and an incredibly underdeveloped bit of revenge.

The Texas Chainsaw Massacre returns with a weak growl as this franchise has clearly run out of gas. Sure, it still doesn’t skimp on the viciousness with how bloody it becomes but it lacks in anything more than an update of the effects. It certainly tries to be more modern but a simplistic slasher such as this seems as though it can’t find a whole lot to explore. Perhaps the likes of Leatherface were never bound for providing the boldest of commentary on gentrification, millennials, and cancel culture. This film is certainly proof of that.