The Truffle Hunters maintain a fly-on-the-wall perspective to never let the life of a truffle hunter be seen as melodramatic or highly philosophical. 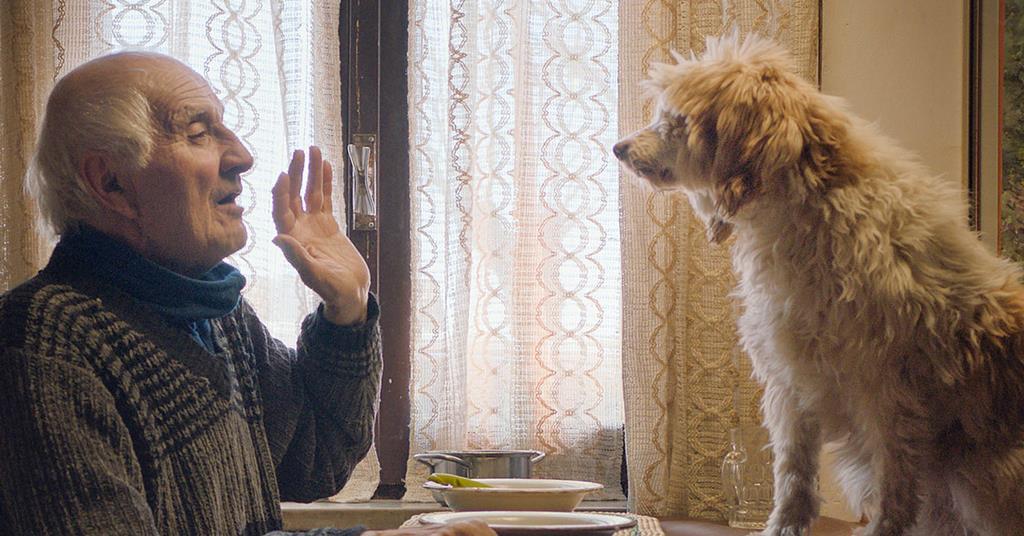 The life of a truffle hunter seems rather simple yet time-consuming. Armed with a stick and following scent tracked by accomplished dogs, those who strive to attain such a valuable and editable resource push through the woods without saying much of anything. Sometimes you’ll stumble onto a truffle worth great riches and other times you’ll just come up empty. For those who dare to pursue such a profession, it’s one that requires so much time that it’s no wonder most of those who pursue it are the older crowd.

The Truffle Hunters take note of the lives of such men searching for riches in the forests of Piedmont, Italy. On the hunt for Alba truffles, they don’t have any special methods for tracking down such valuables. If they do, they are not revealed here. One elderly hunter is asked by someone younger if he intends to share his secrets of the trade before dying. The elder won’t relent, stating without concern that he’ll take all his secret spots and advanced knowledge of truffle hunting to his grave. Even when the young man poses a hypothetical situation of the elder having a son, he’d still refuse to give his knowledge to family.

This paints a portrait of truffle hunters living very lonely lives. One of the younger men observed in this documentary spends his time caring for multiple dogs and playing drums in his quiet countryside home. Another struggles to get into writing with a typewriter and finds himself so bitter about hunting truffles. One of the rare situations finds a married man who continues the profession despite the constant arguments he has with his wife. She argues that a man in his 80s shouldn’t be wandering through the woods as he could die out there. The husband doesn’t care, sneaking away in the dead of night with his dog to hunt some more. For him, truffle hunting seems to be about more than just making money but for the thrill of the hunt itself.

Directors Gregory Kershaw and Michael Dweck take some interesting approaches to frame the lives of such hunters. One hunter was kind enough to let the filmmakers place a camera on one of the dogs to get an idea of their perspective when prowling the woods. There’s no money shot of them finding the elusive Alba truffle but we do get a sense for how such hunts go down from more than just the standard long shots of the men and their dogs.

But, wow, do we get a sense for how precious these dogs are to hunters. The youngest of the hunters takes baths with his dogs to keep them clean and takes great care to make sure they don’t get poisoned in the wild. An older hunter not only has birthdays for his beloved companion but also sets plans in place for who will look after the dog if he passes away. The hunters have a great connection with canines that when one goes missing, it’s a devastating blow to the hunter more emotionally than it is in terms of business.

Speaking of business, the film doesn’t shy away from the decadence of how a truffle is sold. We follow such discoveries to an auction where a scrutinizing observer declares which truffles are worthy of sale. The truffles are then placed on fancy cushions and allowed sniffs from potential buyers. We then watch as the richest buyers take note of the truffles when enjoying them amid eggs. The most scrutinizing of buyers eats almost in silence as he smells and consumes, only remarking the truffle is good towards the end of the meal. The film holds on this shot for the complete meal, making us sit and watch the ultimate end for such hunts. Meanwhile, the hunters find themselves pulling their aged trucks out of ditches and selling the less-refined truffles in alleys, trying to convince buyers they’re not being ripped off.

The Truffle Hunters maintain a fly-on-the-wall perspective to never let the life of a truffle hunter be seen as melodramatic or highly philosophical. The truth is that there doesn’t seem to be much that such men have to say about their lives nor do they want to say. One hunter trying to become a writer struggles to find the right words. Maybe there are no great insights that need to be explained. Maybe there’s a simplicity to the life of a truffle hunter where the surrounding world seems to fade and one can be quietly in step with the pleasures and hardships of nature. All that matters is your dog and the next hunt. Perhaps that’s enough to keep one content.