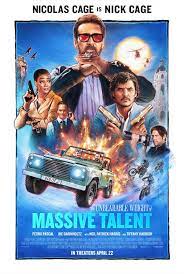 The Unbearable Weight of Massive Talent manages to be funny on more than just the sobering satire of Nicolas Cage’s ego.

The Unbearable Weight of Massive Talent (2022) Review By Mark McPherson 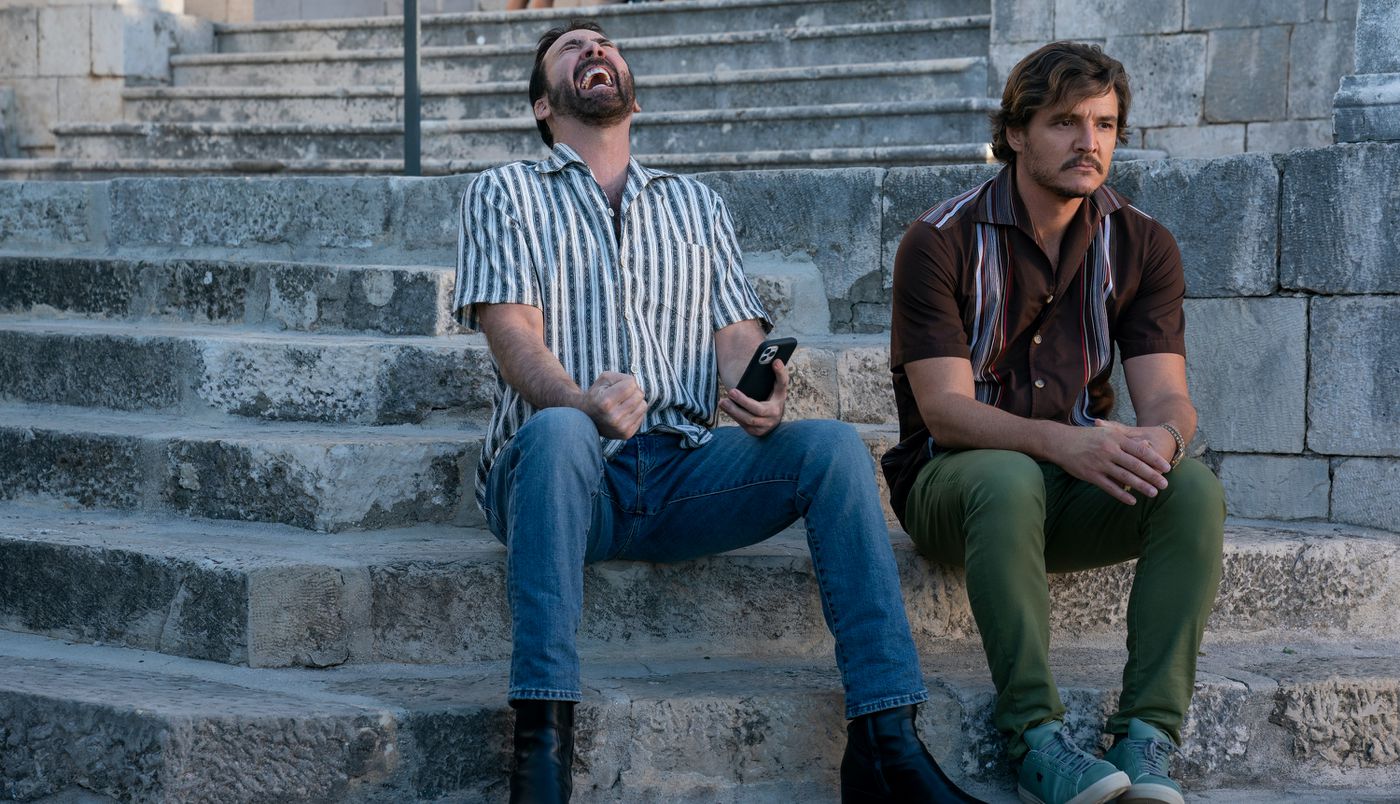 Nicolas Cage is an actor who has always felt present in one way or another to most audiences. Some regard him as one of the best for his dramatic roles in Leaving Las Vegas and Pig. Some know him as an action star for his roles in 1990s quintessential pictures such as The Rock, Con-Air, and Face/Off. Some may just know him as a B-movie familiar for his dozens of small-budget roles in the past few years. But The Unbearable Weight of Massive Talent attempts to paint an honest yet exaggerated version of the actor.

Cage plays a more washed-up version of himself. His struggles with finding more work have made him bitter about stardom but his ego remains forceful as personified by a younger version of himself. He tries to read for some high-profile roles by citing his love of the classics but his on-the-spot line reading is more off-putting than it is inspiring. He also has an ex-wife who views him as a problem and a teenage daughter who views him as a stuffy movie snob.

After ruining his daughter’s birthday party, losing another role, and running low on cash, he decides to take on the last job he’d ever want to take. The eccentric Javi (Pedro Pascal) owns quite the villa in Spain and is paying Cage $1 million to attend his birthday. Cage, initially, isn’t looking forward to this trip, hoping to just drown in booze and go back home with enough money to pay his bills. However, as he spends more time with Javi, he learns that there’s more to this man than just being an eager fan hoping he’ll star in his screenplay. Javi still wants that but their mutual love of movies makes their relationship blossom.

Throughout Cage’s stay in Spain, he decides to write a screenplay with Javi. This is initially because Cage is also tapped by the CIA to infiltrate Javi’s estate as he’s suspected of kidnapping a woman with political implications. As Cage proceeds with his spy mission, he finds himself more fascinated with writing an actual screenplay. Even better, the film becomes self-aware with the screenplay serving as a commentary on both how movies are made and how this particular movie should proceed.

There’s an almost Charlie Kaufman angle to such a picture that echos Cage’s of a struggling writer in Adaptation. Cage starts speculating with Javi on screenplay ideas, hitting him as his relationship develops. The two take drugs for inspiration and then it both hits them: they should write a scene where they do a lot of drugs! Later, they think a paranoia angle would be fun and immediately become paranoid of the people around them, fearing that ordinary townsfolk are really spies. There’s also a lot of bitterness that Cage brings out in his character’s frustrations with movie trends. He brings up how tough it is to write a screenplay when audiences only seem to have an interest in Star Wars or comic book-related movies.

Aside from the commentary, the film is hilarious for the chemistry between Cage and Pascal. Both of them eat up the screen with great energy that plays off beautifully in their adorable friendship. One of the most notable scenes features the two of them talking about their favorite movies and how Pascal brings up Paddington 2. Cage, more inclined to favor the classics than the commercial, scoffs at this choice. They then watch Paddington 2 and share a cry, realizing there’s more to cinema than Cage may have thought. There’s also the exceptionally weird and uproarious scene where Javi reveals his shrine to Cage’s rolls, collecting everything from the chainsaw of Mandy to the guns from Face/Off.

The Unbearable Weight of Massive Talent manages to be funny on more than just the sobering satire of Nicolas Cage’s ego. It’s a charmingly meta experience that will tickle just about any movie geek who would love to have their trivial obsession celebrated as much as it’s mocked. It can have its cake and eat it too by featuring a lot of elements audiences gravitate towards while still poking fun at convention. Ultimately, though, it serves as a charming reminder that Cage is more than just a B-movie actor with the film even giving him a chance to bite back at those who criticize him for working too much. It’s as funny as it is refreshing, making one appreciate Cage as an actor all the more.