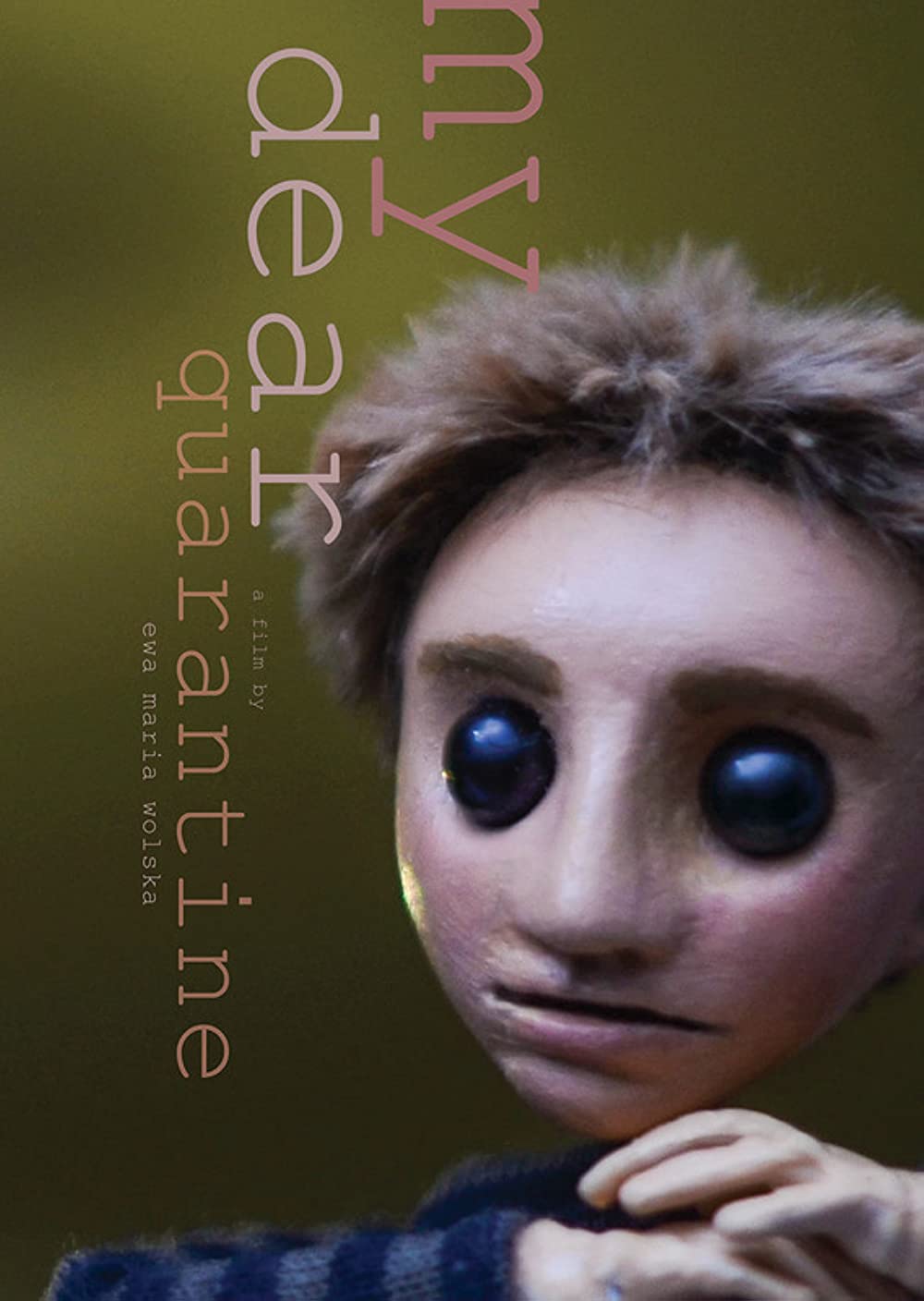 There’s a simple joy with My Dear Quarantine that is mildly comforting.

As one of the earliest short films to come about amid the Coronavirus pandemic, My Dear Quarantine has a surprising amount of heart in its simplicity. It’s a stop-motion film that was clearly made with a lot of love and empathy for the plight of enduring the lockdown. Perhaps such a film may be too sentimental and will only really be noted in time as an artifact of the era. That being said, it mostly gets the job done and satisfies those who want to feel some comfort amid loneliness.

The film is mostly set inside an apartment complex. One man lives alone, trying to find stuff to do amid the pandemic. He tries to occupy his time by working on a computer, drinking coffee, and sleeping. There’s only so much of that you can do, however, before boredom sets in with the pandemic. Days pass and desperation grows for something more.

The man’s attention diverts to the playground outside his window. An empty playground draws his eyes. Remember what it was like to play outside? You never miss stuff like that until you can’t do it. He looks longing at the playground, less for wanting to play and more just for getting outside. More time passes and more boredom fills his mind.

Then something sweet happens. A reindeer has ambled onto the playground. With no humans cavorting about, such an animal feels comfortable enough to explore the concrete playground. The equipment is even used by the reindeer as the creature hops onto a turning wheel and enjoys the ride it gives him. It’s quite the sight that the man gets some mild entertainment just outside his window.

Also just outside his window is a woman. Occupying another apartment, the woman and the man share glances from their windows. There’s a connection being formed. The reindeer looks up with curiosity at the humans who lock themselves inside. It’s a little moment of discovery and a reminder of the joys that still fill our world, even when it feels like we can’t see it all.

The stop-motion has a rugged quality. Characters appear in simplistic forms and shapes, where the eyes look like beads and the bodies have rounded features. There’s not much expression, especially from the reindeer who looks more like a robot with a geometric design. The hair also moves around just as much as the clothing between shots. Yet its these little smudges that make the film come to life, resembling the claymation pictures of Will Vinton or the throwback ingenuity present in Wes Anderson’s The Fantastic Mr. Fox.

There’s a simple joy with My Dear Quarantine that is mildly comforting. It never touches on something deeper with its observations on the pandemic but still manages to find some cuteness. Perhaps that’s all we could do during the pandemic. On that level, this momentary diversion was a welcome treat of animation during a time when we could all use some comfort.